Sony Pictures Television (SPT) is reportedly on the verge of acquiring His Dark Materials and A Discovery of Witches producers Bad Wolf.

Broadcast reported that the Cardiff-based drama producer, which was co-founded in 2015 by former BBC executives Jane Tranter and Julie Gardner, is set to join Sony in a deal thought to be worth close to £60m. 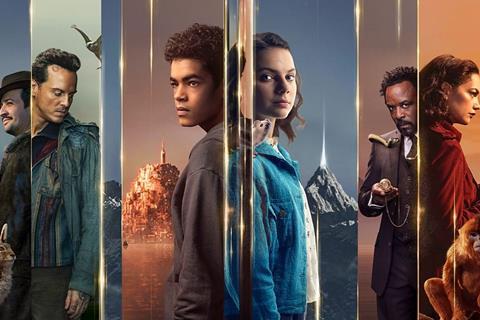 Broadcast said that existing minority shareholders Access Entertainment, Sky and HBO are expected to have their stakes bought out as part of the agreement, leaving Sony as sole majority shareholder.

Bad Wolf has emerged as a prolific force in the scripted sector since its launch. The indie also runs the Bad Wolf Wales studio in Cardiff, where it has filmed His Dark Materials, A Discovery of Witches and Industry.

Last month, the BBC announced that Russell T Davies would be returning to Doctor Who as showrunner for its 60th anniversary year and “series beyond”, and would be partnering with Bad Wolf to create the next season. Filming will start next year on the show.

Coming up for Bad Wolf is the third and final instalment of BBC1 adaptation His Dark Materials. Sky’s Discovery of Witches will also return for a third outing, while a second series of BBC and HBO thriller will air. Sky Atlantic is also lining up a return for hit drama I Hate Suzie.