Netflix and Disney+ both claim to have broken their own streaming records for new releases with the respective launches of season 4 of Stranger Things and Star Wars spin-off Obi-Wan Kenobi.

According to the streamer’s official figures, season 4 of Netflix’s Stranger Things racked up 287 million hours in the three days after being added to the platform—the biggest opening weekend for an English-language series on Netflix. 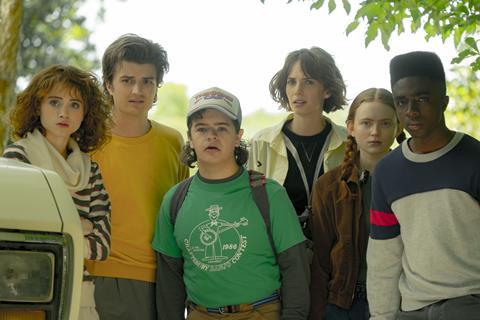 The previous record had been held by the second season of Bridgerton, which was viewed for 193 million hours during its debut weekend in March.

Stranger Things 4 has performed impressively around the world, with the show reaching the number one spot of Netflix’s Top 10 rankings in 83 of the 93 countries for which the streamer tracks viewership, making the Top 10 in the remaining ten.

Disney has not released official figures for the launch of Obi-Wan Kenobi, but confirmed the popularity of the show with a tweet from the official Star Wars account that described it as the most-watched Disney+ Original series premiere globally to date, based on hours streamed in an opening weekend.

Nielsen viewing figures in the US reported by the Hollywood trade press also confirmed the popularity of the two series.