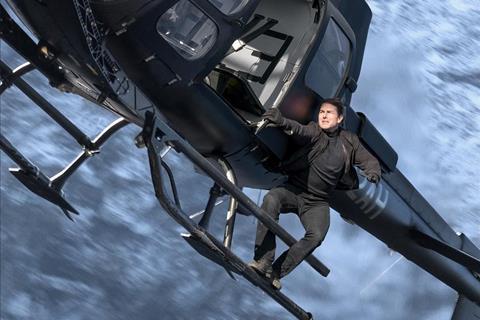 The UK government has announced two significant new measures to support the production and arts sectors.

Secondly, the government said that stars, directors and producers of international film and high-end TV would be exempt from quarantine, paving the way for major productions to shoot this summer.

The £1.57 billion funding comes after weeks of lobbying by the arts sector, amid dire warnings that many venues were on the brink of collapse due to coronavirus restrictions.

The government said the money represents the biggest ever one-off investment in UK culture and will take the form of emergency grants and loans.

The package includes funding for national cultural institutions in England and investment in cultural and heritage sites to restart construction work paused as a result of the pandemic.

- A £1.15 billion support pot for cultural organisations in England delivered through a mix of grants and loans. This will be made up of £270 million of repayable finance and £880 million grants.

- £100 million of targeted support for the national cultural institutions in England and the English Heritage Trust.

- £120 million capital investment to restart construction on cultural infrastructure and for heritage construction projects in England which was paused due to the coronavirus pandemic.

- The new funding will also mean an extra £188 million for the devolved administrations in Northern Ireland (£33 million), Scotland (£97 million) and Wales (£59 million).

The government said that finance will be issued on “generous terms tailored for cultural institutions” to ensure they are affordable. Further details will be set out when the scheme opens for applications in the coming weeks.

Prime Minister Boris Johnson said: “This money will help safeguard the sector for future generations, ensuring arts groups and venues across the UK can stay afloat and support their staff whilst their doors remain closed and curtains remain down.”

Meanwhile, the quarantine exemption for film and high-end TV will allow the resumption of production this summer, and also applies to sports stars. It means that small numbers of essential film and TV cast and crew, and sports stars, can travel to the UK without having to quarantine for fourteen days.

Exempted individuals will live and work in controlled “bubbled” environments behind closed doors.

Production on Tom Cruise’s Mission: Impossible 7, produced by Skydance Media for Paramount Pictures, is one of the blockbusters allowed to resume.

Adrian Wootton OBE, chief executive of the British Film Commission, said: “Today’s immensely welcome news is also a clear recognition of the importance of the film and high-end TV inward investment sector to the UK’s economy. The sector was worth over £3bn in 2019, and has a clear role to play in our economic recovery following the lockdown.”

The measures for sporting events in England mean that Silverstone, in the year of the 70th anniversary of the British Grand Prix, will be able to stage races on 2 and 9 August.

It also provides the green light for a summer of international cricket, Champions League and Europa League football, the PGA British Masters Championship and the World Snooker Championships to take place. Other major darts, horse racing and other sporting events are also expected to follow.