Untold Studios launches in the US

Untold Studios has launched its first studio in the United States.

The new studio is based in Culver City in California. Executive producers Jo Arghiris and Christina Roldan have joined as partners and will lead the studio. 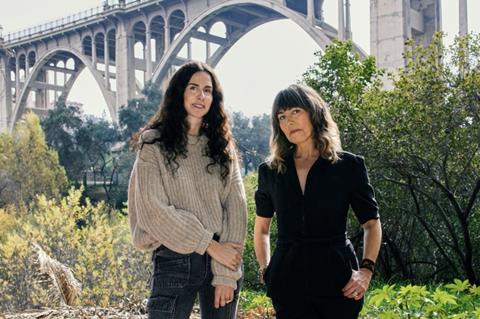 Untold launched in London in 2018 and now numbers more than 200 people - from directors to creatives, unscripted development executives to technologists, VFX artists to designers.

A multi-disciplinary studio, Untold has collaborated with artists such as Adele, Placebo, Sam Smith, Dave, Kylie Minogue, Ed Sheeran and Stormzy and produced commercials for Nike, New Balance, Playstation, Beats and Google, as well as VFX for shows like The Crown.

Arghiris and Roldan met when they were managing directors of bi-coastal production studio, Scholar.

Prior to joining Untold Studios, Arghiris was managing director at Scholar and was previously an EP at The Mill and MPC.

Roldan joins Untold Studios after a stint at Facebook. Her production expertise spans design and animation, as well as live-action. Roldan holds an MBA in business strategy and spent time leading the new business efforts at Passion Pictures, prior to joining Scholar.

Darren O’Kelly, Untold CEO and co-founder, said: “Untold is about great talent doing great work. Work that captures the imagination. The ambition for Untold in LA is to collaborate with the most visionary partners. And Jo and Christina are two exceptional creative leaders who understand the ever-evolving creative universe.”