Media mogul calls for Google break-up amid calls for regulation

Rupert Murdoch’s News Corp has called on Australia’s competition authority to break up Google, as the UK’s House of Lords recommend a digital super-regulator to oversee the tech giants.

In a report submitted to the Australian Competition and Consumer Commission (ACCC), News Corp said the “overwhelming market power” US technology giants hold must be addressed based on their global influence.

It called for urgent “regulatory oversight” to address the harms propagated from digital giants and “directly address the competition issues associated with digital platforms” and the impact this is having on news, advertising and businesses. 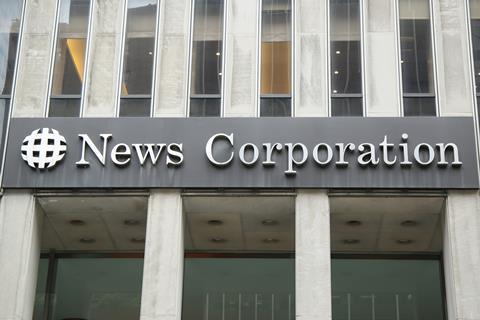 News Corp has submitted a list of recommendations to the watchdog in a move to tackle the harm cause by digital platforms. It said the Alphabet-owned Google should be made to sell part of its business.

Among its suggestions, News Corp said: “Google leverages its market power in both general search services and ad tech services to the detriment of consumers, advertisers and news publishers.

“To remedy these harms, Google could either sell Google Search, or retain Google Search and divest the rest of its businesses to a third party.”

It remains unclear how the Australian watchdog could enforce the Google break up.

However in a blog posted earlier this year a Google spokesperson said: “It’s sometimes claimed that the internet is unregulated but that’s simply not the case. Considered, carefully calibrated regulation has contributed to the web’s success as a platform for expression and access to information.

“We respect the range of existing laws and regulations that apply to the internet, such as competition and consumer laws and advertising regulations.”

Digital technology giants are facing global inquiries and increased scrutiny into its regulation around the world with focus on its market power and sharing of disinformation.

In the UK, the House of Lords has addressed the “clearly failing” system of self-regulation by the technology giants.

It’s recent report acknowledged the huge opportunities the internet has offered and its ability to connect the world like never before, however its composition of digital services which play a vital role across all aspects of life cannot remain “lawless”.

Members of the House of Lords have argued technology platforms including Google and Facebook should be regulated after countless failed procedures in self-regulating and abusing the openness and opportunities of digital media.

It said: “The digital world does not merely require more regulation but a different approach to regulation.”

It added: “[Digital] content should be subject to a statutory duty of care and Ofcom should have responsibility for enforcing this duty of care, particularly in respect of children and the vulnerable in society.”

The chair of the committee, Lord Gilbert of Panteg has called on the UK government to be proactive in countering digital risks.

He said: “The government should not just be responding to news headlines but looking ahead so that the services that constitute the digital world can be held accountable to an agreed set of principles.

“Self-regulation by online platforms is clearly failing and the current regulatory framework is out of date. The evidence we heard made a compelling and urgent case for a new approach to regulation. Without intervention, the largest tech companies are likely to gain ever more control of technologies which extract personal data and make decisions affecting people’s lives.”

In the report the House of Lords filed a list of recommendations that include a set of 10 principles to shape and frame internet regulation and a new digital authority to oversee this.

Google has been no stranger to scrutiny, earlier this year it was fined £44 million in breach of global data protection regulations (GDPR) by French data watchdog, the Commission Nationale de l’Informatique et des Libertés (CNIL).

Google failed to satisfactorily inform users about how their data is collected and used in serving advertisements and marketing messages.

The data violation was described as “massive and intrusive” due to the number of services offered, pushing twenty in total.

“Without intervention, the largest tech companies are likely to gain ever more control of technologies which extract personal data and make decisions affecting people’s lives” - Lord Gilbert of Panteg

In the US, Democratic presidential candidate Elizabeth Warren unveiled a plan to break up the large tech giants including Google, Amazon and Facebook in her keynote speech at SXSW this week.

In her proposal, she argued the digital giants “have abused their power and harmed competition.”

A spokesperson for Facebook said they removed Warren’s posts because of “policy violation against using Facebook’s logo,” it has since restored the adverts.