Southern Cross Cables is set to utilise SES Networks’ satellite-enabled connectivity services to vastly improve communications between Nukunonu of Tokelau, Kiritimati Island of Kiribati and the rest of the world as it upgrades the undersea Southern Cross cable network. 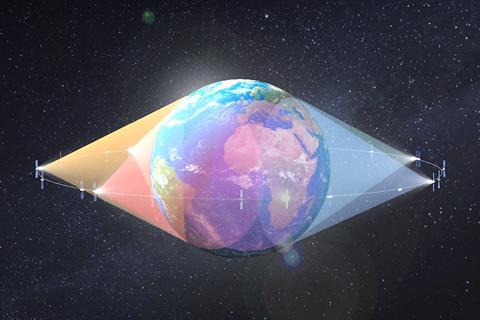 SES Networks will provide a managed O3b network service to the remote stations, using a rapidly deployed satellite terminal that delivers fibre-like performance with a low latency of less than 150ms round trip.

“We are glad to have a partner in SES Networks that is well-known in the region for providing tried-and-tested, fibre-like, high-speed connectivity services through its O3b constellation. As we work on laying the groundwork to improve connectivity, network resilience and network performance with the incoming Southern Cross NEXT network, we needed a strong and robust satellite network which could perform at the same level of low-latency, high-availability standards as our incoming next-generation cable network. SES’s solution not only fit the bill, but actually far exceeded our stated requirements,” said Laurie Miller, CEO of SCCL.

“This co-operation with Southern Cross is of utmost importance because it truly shows the complementary nature of satellite and undersea cable networks. It is a great example of how the entire network ecosystem can work together to ensure the Pacific region – with thousands of islands and vast open seas in between – remain connected at all times,” said John Turnbull, director for Australia and the Pacific region of SES Networks. “The unparalleled reach of satellites and its ability to be rapidly deployed can complement and augment large-scale terrestrial infrastructure, delivering more connectivity resilience wherever you are, anytime you need it. With demand for connectivity and data consumption growing at an accelerating pace across the Pacific, we believe this hybrid network infrastructure is going to benefit businesses and communities greatly.”