In the first instalment of a two-part feature, we speak with three startups companies transforming the industry.

Today’s media landscape is made up of a diverse range of companies that offer agile, innovative and customisable solutions that are changing the way content is made, delivered and consumed, with startups playing an important role in driving innovation.

Showtag was formed towards the end of 2016 aiming to connect brand and audiences through the seamless integration of product placement for streaming media. Using artificial intelligence (AI) viewers can pause the programme for ‘showtag enabled’ which is completely integrated and measurable for broadcasters inside the video player of the broadcaster. IBC365 speaks with Founder Ewald Bos. 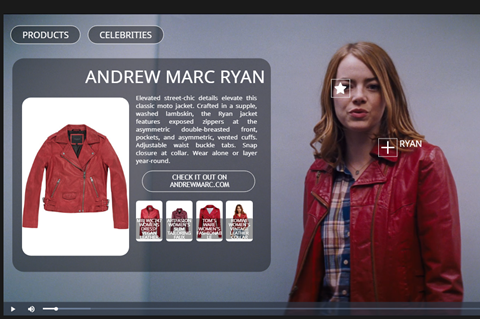 Why was Showtag formed?
Showtag was designed to enhance the audience viewing experience, designed to allow audiences to pause video content and discover an actor’s profile, the brand of clothing or product feature as well as identify a specific song.

We received sponsorship by Microsoft Innovation Centre but ran into big legal problems, around ownership of rights and monetising became problematic.

The challenge proved difficult and we realised it would only be possible to work with producers directly. This changed in 2017 when we started a pilot with MTG, where we could progress and make movement with Showtag.

What was the main barrier to success as a startup operating in the media sector?
Working to get all the stakeholders in the right direction was critical, which we succeeded in eventually.

The major barrier to immediate success was ensuring the right people were convinced by our ideas, were willing to make a decision and then actually deliver what we conceived.

Where does your funding come from?
It is difficult to get investors on board to adequately understand the business strategy and scope for potential. We are currently running on a grant from the Norwegian government, which runs out any day, so we are launching a crowdfunding campaign.

What is your biggest milestone and achievement?
The fact we have formed a business from an idea that we have now designed and delivered is the ultimate success.

We also managed to get over two million users in three months where we acquired lots of data which we can use to drive our direction going forwards. From this data we have redeveloped and rebuilt aspects to the system and evolved the strategy for the user journey.

How does Showtag stand out against its competitors?
We are working really hard to make a customisable offering to showcase products for each of our clients. The system we have designed is extremely flexible and within hours we are able to add functionalities for the end-user.

We are the first independent system that has been successfully integrated into a video streaming platform. We use a unique revenue share model that makes it appealing for all parties involved.

What challenges are you faced with as a startup?
The current challenge is to obtain funding but we are optimistic about the crowdfunding campaign. On a product level keeping up with technologies as they advanced so quickly whilst integrating our solutions functionally on the client side. The back end is often the same but the front end for the user is different every time for the clients needs.

What does success look like?
We worked with MTG for Paradise Hotel, which was a great success as our first pilot project and the first time something like this was successfully completed. The viewers picked it up fast and even started to mention the ‘Showtag enabled content’, which resulted in more than two million loads and 800,000 interactions with a 6.2% longer media engagement.

Why was Lucidweb formed?
The missing standards and terrible fragmented market of VR consumer devices were holding back the distribution of great content. If a browser could support a high-quality streaming experience of XR content, companies wouldn’t need to invest in building native applications to showcase their content.

Lucidweb was set up as B2B business where we have built prototypes with several European broadcasters and are now working on a commercial product together with ARTE France that will be launched in October 2018.

What were the main barriers to success as a startup operating in the media sector?
Media companies immediately expect the content storytelling for XR technology to be mature. The perfect streaming resolution and audio is not entirely possible, especially with offline streaming.

Media clients see XR as bringing immersive experiences to the smartphone only but we feel the smartphone is the perfect gateway to XR. We see a new device shift from the smartphone to a wearable powered with cognitive enhancement.

Where does your funding come from?
During year one, I was supported by my family and in September 2017, we became part of the imec istart incubation program and received a funding of €50,000 in cash and €200,000 in services.

We have also just stepped into a new round of angel funding to support our development and growth.

What is your biggest milestone and achievement?
Moving from R&D to a product stage for a project currently under development for ARTE, the biggest pan-European public broadcaster.

We also invited Sarah Wolozin, the Director of the MIT Open Documentary Lab to join our board and she accepted.

How does your mission and company objective stand out against your competitors?
We are all about democratising access to great immersive content. As opposed to other WebVR competitors in the space, we focus on cross-platform availability of the content - not just mobile and desktop - but the content is responsive in the XR headsets. We provide on OTT immersive streaming platform for non-technical people with the audience default browser at the core of the solution.

What challenges are you faced with as a startup?
Access to capital and the quest for raising funds took longer in Belgium but the hard work paid off as now we are supported by a great advisory board and smart investors.

What have been LucidWeb’s milestones to success?
In June 2017, we were finalists of Startup Germany’s Techrally with submissions accepted from all over Europe and 14 pioneering VR startups were selected. Then, in December, we were one of the eight finalists of Rockstar VR/AR Paris. Out of more than 50 applications from more than 15 countries, startups were selected to pitch in front of an audience of journalists, investors and entrepreneurs in December 2017. And then in July 2018, we were one of the 10 startups awarded by DIGITAL4HER, a contest ran by the European Commission to identify and support female lead European startups.

Fan Arena is a fan engagement software that helps companies to get more out of their existing audience and tap into new ones. Fan Arena devises unique fanbase strategies by creating mobile apps, fantasy sports games, chatbots and automated content. IBC365 speaks with Co-founder and Business Developer Luuk Janssen. 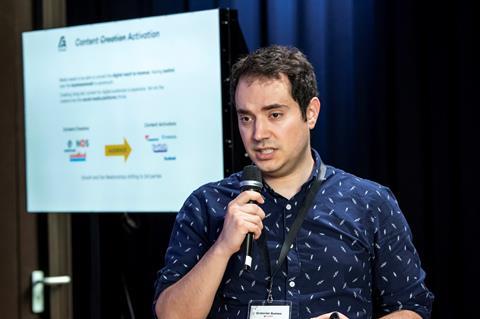 Helping to get more out of existing audiences: Fan Arena

Why was Fan Arena formed?
Fan Arena was created to help media companies leverage their digital reach by using its customised fan engagement platform with a particular focus on fantasy sports games.

Enriching fan experiences is at the heart of what we offer our clients. Our software is where digital innovations and sports marketing strategy comes together. Creating fan-centred mobile apps adds real value to fans, as fans we created what we want to use.

What was the main barriers to success as a startup operating in the media sector?
We found it difficult to fit a lean startup methodology of work with our clients who are often working within tight structured business model across a wider media organisation.

Our fan-based strategy works on the principle that content is king and context is queen, with our adaptive software that is flexible for our clients business model and context of fan engagement.

Where does your funding come from?
We have investment from both Telenet Group which is the largest provider of cable broadband services in Belgium and Imec, an international R&D and innovation hub, active in the fields of nanoelectronics and digital technologies.

What is your biggest milestone and achievement?

How does your mission and company objective stand out against your competitors?
Fan Arena’s strategy and software uses fantasy sports to improve the audience retention whilst growing revenue for our clients. We work to make sure our solutions are customised and don’t have a deep impact on the final product. We always start from the fan and audience we’re looking to capture.

What challenges are you faced with as a startup?
It can be challenging to connect the right people in the media and sports industry. The broad landscape has large and complex structures where education on innovation is needed, specifically regarding fan engagement as a growth process.