Putting blockchain to work in media

Its association with cryptocurrency may be a turn off for some broadcasters, but blockchain’s ability to track rights and maximise the monetisation of content is at least worthy of experimentation.

What use case is there for a giant global spreadsheet capable of running on millions of computers? One that can secure a rights holder’s IP stake and can confirm who gets paid for what and when without relying on a central authority such as a bank, a rights intermediary or a broadcaster. 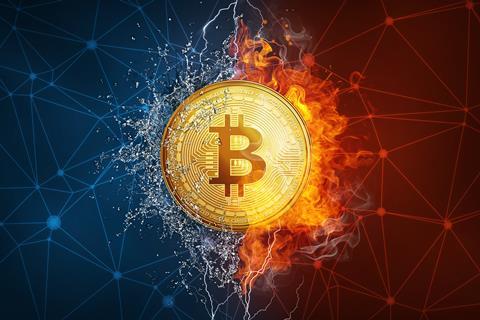 The same distributed database can then automatically make and keep track of these transactions, creating a ledger that is impossible to tamper with - making it perfect for generating smart contracts.

For those involved in monetising content, the tangible benefit of such a technology will immediately be clear. But the mere mention its name, blockchain, will cause some to run for the hills, particularly following the wild speculation and gyrations in price in cryptocurrency Bitcoin over the past year.

Because blockchain is a digital ledger technology (DLT) that came to prominence as the favoured means of allocating and distributing cryptocurrency, it is viewed by many as an unstable technology, one that is inaccessible to the large majority of people who don’t have the Coinbase app on their phones, or a digital wallet crammed full of Bitcoin, Ether or Litecoin.

But early advocates of blockchain point out that there are many good uses for the tech, which are helping to reshape some businesses and launch others.

“Rather than execs worrying about where to put Bitcoin on their balance sheet they should start by asking ‘What can it do’? ‘What problems it can solve?’” argues Nick Moreno, Arqiva’s Director of Strategy for Satellite & Media.

While the start-up counts the BFI backed production Tell it to the Bees among its early users, what the service lacked was a clear and transparent way to pay all its stakeholders efficiently and keep a track of the royalty payments. 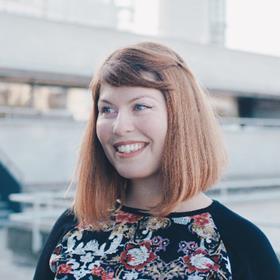 Working with Imperial College and Innovate UK, Big Couch founders Maria Tanjala and Irina Albita launched Filmchain, a blockchain venture that makes use of the network’s ability to create automated payment mechanisms and smart contracts to both address and, in some cases, automate these issues.

Interestingly Filmchain does not deal in cryptocurrency - it’s strictly a ‘Euros coming in Euros going out’ operation. “It’s not a risk we’re willing to take right now, we are committed to the safety of the project so we want it protected from volatility and exchanges,” Tanjala says.

Another company using blockchain to enhance its existing business is US-based outfit Hearo, which is aiming to become a decentralised Spotify when it relaunches early next year as ‘Tuned Out FM’.

Its aim was to pay artists directly on a stream-by-stream basis via automated micropayments, but this proved problematic. Huge volumes of micropayments are difficult to manage via credit card payment networks and PayPal, which all take a large fee for processing. And, from the artists’ perspective, by the time payments have been made to intermediaries, rights holders, streaming and distribution platforms, there’s very little left in the cut.

The Antars have now moved to a digital ledger technology like blockchain (the Hedera Hashgraph platform) that is capable of handling tens of thousands of micropayments per second from anywhere in the world to create an a la carte streaming service that cuts out these intermediaries and pays artists instantly (they get to keep 90% of the payment, while Hearo takes the remaining 10%). 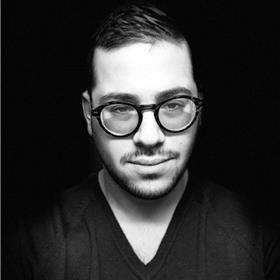 The brothers are currently in the process of ripping out fiat (cash) currency from the platform and have created their own crypto currency, the Jam token, which sits on top of the blockchain.

These tokens enable payment and allow the network to create incentives for their users. For example, users may also be able to earn tokens by writing song reviews on the website, and use these tokens to listen to more streams.

The brothers stress, however, that users don’t need to be crypto enthusiasts to use the platform – they only need to download an app to buy or earn tokens. “It will be like going into a casino and playing the games and using chips which you can cash out later and settle up,” Andrew Antar explains.

“Rather than execs worrying about where to put Bitcoin on their balance sheet they should start by asking ‘What can it do’? ‘What problems it can solve?’” Nick Moreno, Arqiva

Video streaming
It’s not hard to see how this kind of model could translate into a video streaming scenario, and start-ups such as Flixxo, LiveTree ADEPT and Treeti are in the process of using blockchain to launch content projects that rethink how content is being funded and delivered.

Flixxo is aiming to become a decentralised YouTube, paying its users in crypto tokens for being part of a new-style, peer-to-peer ecosystem for video content and advertising.

Film and TV crowdfunding outfit LiveTree, meanwhile, has built a blockchain-based funding and distribution platform aimed at content creators. The platform also includes a Netflix-style subscription service, Blossom, which allows producers to upload their back catalogue as well as provide new content. LiveTree founder Ashley Turing points out that unlike Netflix, Amazon or the other SVoD services, creators of content on a blockchain VoD are also able to access behavioural analytics in real-time to see who is watching their content and understand what works.

Testing the water
Talk of ‘ecosystems’, ‘tokens’ and even the phrase ‘peer to peer’ is understandably alien to the traditional world of broadcasting. And with many of these businesses - particularly the peer-to-peer models - there will inevitably have to be some phasing in of cryptocurrency, so that they can fund their own businesses and provide incentives and tokens to grow their communities. 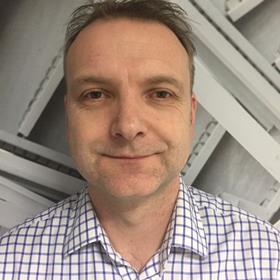 Arqiva, however, thinks that it has identified one non-crypto use case that it claims is a low risk way for broadcasters to venture into this brave new world.

The infrastructure and media services provider has teamed up with music blockchain start up JAAK to organise a decentralised TV rights database which users can connect to via a micro licensing app.

This live pilot takes advantage of blockchain’s ability to offer its users a consensus mechanism, which means that each user who takes part has to demonstrate a proof of stake in the IP to ensure that all parties are legitimate. And who gets to define this proof of stake? Because the blockchain is set up by its members, it is defined collaboratively by the participants rather than through one central authority.

Whilst this might all sound very worthy, Millennial and software-based, Moreno argues that it addresses one of the key challenges facing many of its traditional broadcast and telecoms customers: maximising the return on its content investments.

“Everyone in the video industry is spending more and more on original rights – so once you’ve shown a property as a first run on your own network you want to be able to maximise the rights to the property globally,” Moreno explains.

“In the past people may have overlooked some of these lower value deals as they chased the main syndication deals at shows like MIPCOM – but now they need to maximise their returns – and a decentralised rights database can help them do this online in an automated way.”

“It will be like going into a casino and playing the games and using chips which you can cash out later and settle up,” Andrew Antar, Hearo

Last year JAAK set up a similar pilot, KORD, in the music industry, which is already some way down the line in experimenting with blockchain in the hope that it will simplify the labyrinthine maze of royalties and rights it needs to navigate on a daily basis.

JAAK’s TV pilot – set to launch in the second half of 2019 - will initially cap its participants to ten companies and each company will be required to make a small payment and offer up some of its content for the database. The scheme is still seeking more participants, and they don’t need to demonstrate any previous association to Arqiva to take part.

According to Moreno, whether they admit it or not, all broadcasters and their CTOs are looking at blockchain this year, “although some find it hard to reach beyond the existing business models that they’ve been exploiting for years,” he adds.

But is there any first mover advantage or should broadcasters sit back, see where the land lies in a couple of years, and then snap up the start ups with most potential? Moreno for one thinks that for the small amount firms need to put into the pilot, the advantages are huge.

“We’re piloting a use case – but look at the potential size of the prize: a small bet for a big pay off. And they get to be involved at the forefront of how to define the rights metadata – it’s far better to be involved in the beginning of this journey,” he says.