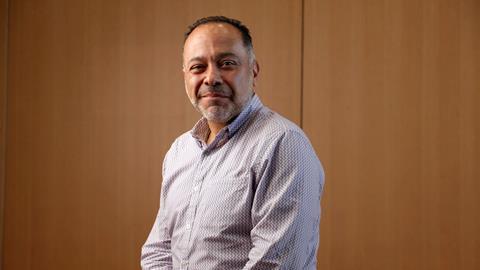 "Video will be part of everything"

Liberty Global’s Enrique Rodriguez looks forward to a world of gigabit broadband, video with everything, and artificial intelligence that’s actually intelligent, he told delegates during the IBC conference last week.

As the new Chief Technology Officer at Liberty Global, Enrique Rodriguez is in no doubt about where his priorities lie.

“If I get a call from my daughter it’s probably because the broadband isn’t working,” jokes the company’s of innovation and technology expert.

In other words, customer satisfaction is his ultimate goal, and broadband quality and speed are key elements of achieving it.

Rodriguez leads Liberty’s technology and innovation team of more than 7,500 employees, with an annual operating and capital budget of more than $5 billion. Until July 2018 he was CEO of TiVo, and he previously managed multi-billion dollar businesses for the likes of AT&T, Microsoft, Cisco and Thomson.

Speedy delivery
Gigabit speeds to the home are a realistic goal, Rodriguez believes. In fact they are already available to customers in Warsaw and in Bochum, Germany, Liberty Global’s two “gigabit cities”. Frankfurt is about to become the third.

Asked who could possibly want gigabit broadband in their home, Rodriguez’s response is simple. “Who wouldn’t?” he asks. “I like reading customer complaints because they give a really good picture of what’s important to people, and I’ve never read one that said, ‘my WiFi is too fast’. Whenever there’s a step change in connection speeds, applications soon catch up with it.

“There are more and more connected devices in people’s homes now: it’s not uncommon to find 15 or 20, and every one of these is using more and more data. People aren’t just checking their email any more. You’ve got one person watching a movie, another on a video call. With gigabit you could stream 10 videos simultaneously in 4K resolution.”

An insatiable appetite for video will become the driving force in the broadband industry, Rodriguez believes. “Already almost two-thirds of our traffic is video,” he says. “Instead of listening to music on Spotify people are using YouTube. That can increase data consumption a hundredfold. I’m a big tennis fan and I was in Italy during the American Open. We didn’t bother trying to find a TV to watch, we just opened our iPhones and a bottle of wine.

“And I think video will be part of everything, not just entertainment. Today if you’re having trouble booking a plane ticket, up pops a chat window and you have to type everything. Think how much easier it will be when there’s a real person in that window and you talk face to face.”

The pervasiveness of video, as an interface as well as a product, places increased pressure on the designers of set top boxes. “Fewer people use an electronic programme guide now,” says Rodriguez. “They prefer to just browse, and they’re increasingly likely to want to use voice to select and control what they watch.”

It is not just faster connection speeds to the front door that are important, but also the consumer experience inside the building. “We need to make sure WiFi is flawless within the home,” says Rodriguez. “We’re field-trialling mesh technology to deliver appropriate performance to multiple devices throughout the home. If you start a video call on your iPhone in one room, we could seamlessly move that connection to a different box if you wander out onto the terrace.”

Liberty Global has millions of receivers installed in customers’ homes – the company recently installed its ten-millionth Connect Box router – and the ability to provide feature upgrades in software is vital to moving the service forward, Rodriguez believes.

“It’s all driven by software in the cloud, which means customers can benefit from new features immediately without having to wait for a hardware upgrade,” he says. “It’s almost continuous; hardly a week goes by without some kind of upgrade being issued, although most of these are transparent to the consumer.”

”Of course there are challenges created by this constant state of flux. “Number one is quality control – making sure you’re not going to break anything,” says Rodriguez.

This is compounded by the number of platforms that must be catered for, all with their own native interfaces beloved by their often fiercely partisan users.

“Our software has to work across multiple generations of Android devices, iPhones, iPads, PCs and so on,” says Rodriguez. “It’s no longer feasible to test every line of code on every platform. So we have to ensure high software quality right from the beginning – not fixing bugs, but avoiding them in the first place.”

This is a mantra that manufacturing firms took on board decades ago – encapsulated in the Japanese concept of kaizen – so perhaps it is about time the software industry adopted it as well. 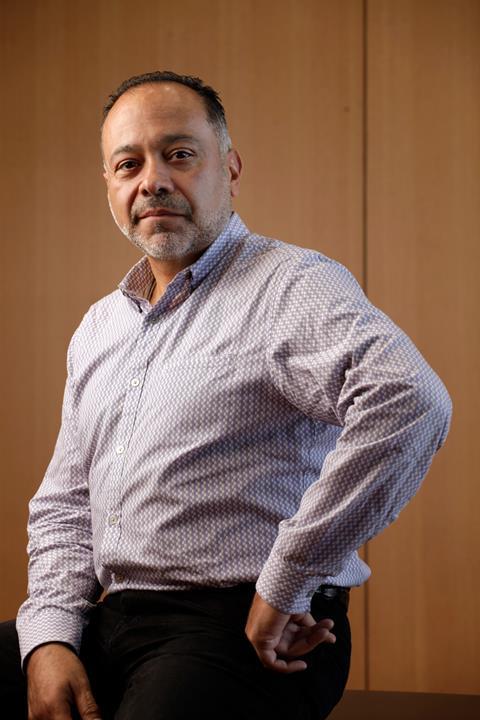 Software development can sometimes feel a bit like the labours of Hercules, too. “The good news and the bad news about software is that it’s never finished!” says Rodriguez.

Rodriguez’s technology and innovation team numbers more than 7,500 people. This centralised technology function powers the IT, supply chain, product development and delivery and network platforms across all Liberty’s operating companies, which is a vital enabler of innovation, Rodriguez believes.

“You need to unify and have enough scale across a platform to be able to innovate,” he says. “My first trip in this job was to Ireland, and the boss of Virgin Ireland told me he wanted to get the same new software we have in Belgium as quickly as possible. You can’t do that if your software development teams are siloed.

“There can be tensions, as each country may have its own priorities, often driven by what competitors are doing. But I prefer that to having a platform that’s fragmented, because with a fragmented platform I guarantee you won’t win.”

Predictive text
One technology that is becoming front of mind for Rodriguez and his developers is artificial intelligence (AI).

“I’m pretty excited about AI and the way it’s coming into real life applications,” he says. “We’re starting to use it now to predict when something is about to fail before it does – ‘that segment of the network is underperforming so we need to investigate it,’ for example.

“And I think it will be used in consumer applications, too, such as recommending what videos people watch and displaying ads that have a higher chance of being relevant to them. They may not realise it’s AI, but they’ll find that the things they do will just get better.”

Asked why he reckons he was hired by Liberty Global this summer, Rodriguez identifies two prime targets: to continue innovating in order to provide the best possible experience for the end consumer; and to ensure the technology and innovation team can adapt to and support the rapid rate of change within the company.

Whether consumers will ever realise is a moot point, however. “It’s so easy to forget, but our ultimate goal is to enable consumers to enjoy their lives,” says Rodriguez. “Our job is to keep completely in the background. Communications is like plumbing. It’s vital, but when it works smoothly you don’t even notice that it’s there.”

Read more Getting to grips with TV’s golden age