The proliferation of devices and platforms has meant that younger audiences are changing their viewing patterns, which in turn is shaping broadcaster and IP owners’ content strategies for a new generation of children.

Broadcaster appetite for shorter episodes (and more of them) is a clear trend in the children’s TV market, with the traditional 22-minute show making way for more ‘mobile friendly’ eleven, seven and five-minute episode series.

Imira Entertainment CEO Paul Robinson, who has also held senior positions at Disney, BBC and NBC Universal, says that this trend has become most notable in the last six to nine months. “Children now have more occasions to watch content, but each occasion tends to be shorter,” he says.

Spanish-based distributor/producer Imira – owned by Indian Animation outfit Toonz Media since 2015 – has just finished production on an even shorter, two-minute animated series – The Astrology Show – based on the twelve signs of the zodiac.

Not much longer, at three and a half minutes is Sunny Bunnies, one of the best performing shows of international distributor Media IM. The non-dialogue slapstick comedy targeting three to six-year olds, from the Belarus animation house Digital Light Studio, has travelled to 160 territories since its launch in 2016 and has its own YouTube channel. 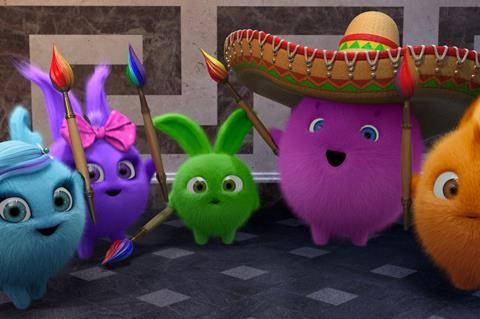 Media IM Co-Founder Maria Ufland says: “Short form content is on the rise because it’s easy to schedule - shorts can be aired either as interstitials or as compilations of several episodes together. We use both models in our broadcast deals.”

Ufland adds that short-form content also sits very well on VOD platforms and apps. “On YouTube longer compilations tend to do well, which is not a problem with shorts as long as there is enough volume to create different themes.”

Scripted series boom
While there’s a general movement towards shorter form animation, at the other end of the scale, longform live action is also experiencing a renaissance.

Thanks to older, more device-reliant children gravitating towards the likes of Netflix, Amazon, and some of the other 280 other streaming services out there, the content arms race for ‘bingeable’ high-end dramas has started to percolate through to kids’ scripted series.

This has generated a slew of quality single camera dramas aimed at the over eights, who appear to be losing their appetite for animation and transatlantic multi-camera sitcoms at a much earlier age.

This content isn’t always commissioned solely by the SVoDs, but these dramas are clearly influenced by their presence and, due to the scale of their ambitions and their budgets, are often co-productions.

Examples include the English Canadian horror anthology Creeped Out (DHX/CBBC) The Worst Witch (CBBC, ZDF and Netflix) and the forthcoming Find Me in Paris – a time-traveling ballerina series produced by Federation Kids & Family, ZDF and its commercial arm ZDF Enterprises - which has Hulu on board for US distribution. 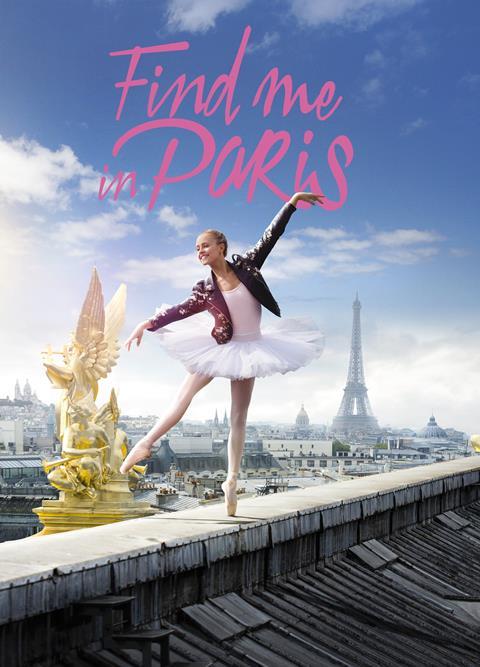 The latter mega-production for tweens, which has not yet aired, is significant because it’s one of the first non-US/Canadian live action dramas with ambitions to travel globally.

The 26 x 30-minute series is shot in France by a French company using an English script, an American and English cast and a German distribution partner.

The show is reported to have cost €460,000 ($545,000) per episode [most teen half-hours come in around €350,000] and, according to president and CEO of ZDF Enterprises Fred Burcksen, this is what content owners need on their slates now to stand out in the market.

“Streaming platforms have created a higher demand for more original, unique content. The scripts need to be special – better than good – and it must look cinematic,” Burkcsen says.

CEO Jean-Philippe Randisi observes that the habit of binge-watching has increased the quality of the scripts and expanded the variety of drama on offer.

“Binge-viewings on Netflix allow for a level of sophistication that is greater than a weekly appointment,” he says.

“Decision makers in traditional TV are also now interested in projects that they previously rejected as ‘too complicated and grown up’. Sci-fi, for example is gaining traction with younger audiences.”

In this vein, for older teens and young adults, is The Greenhouse, a 175 x 22-minute drama produced by Ananey about two siblings who are sent to an elite boarding school for future leaders after their mother is killed in a spaceship crash.

Running to three seasons, the show – distributed by Keshet International (the production and distribution arm of Israeli broadcaster Keshet) – was commissioned by Nickelodeon Israel and satcaster Yes TV.

Israel - where Homeland and The A Word originated - is regarded by many as an ‘incubator territory’, with a small, young and sophisticated audience. As Nicola Andrews, head of Keshet International’s new kids division puts it, “What works well in Israel usually travels.”

The first season of The Greenhouse broke all viewership records on Israeli satellite TV. Netflix subsequently picked up the format for the US market and remade it as Greenhouse Academy, where it has just finished its second season.

Israel is also regarded as a testbed for new technology, with many of its shows containing an interactive element. The Greenhouse came with its own smartphone app that was scripted to support the TV series and gave viewers a bit more information following each episode’s cliff-hanger.

But Randisi says that while shows with interactive content perform well in some territories, they don’t always travel widely because each broadcaster’s network capabilities are at a different stage.

This was the case with Zodiak Kids Studios’ Interactive Bafta-winning five -minute comedies, Secret Life of Boys. Now in its third series, the CBBC/ABC co pro performed well in its home territories of Australia and the UK, but few others could replicate its interactivity.

“It feels like there’s a bit of a gap between the intention and realities of the markets,” says Randisi. “In some cases, it’s a fear of fuelling the migration of audience from TV to online.”

Linear TV still key
Linear broadcasters are still key for some areas of the kids market. License and merchandising (L&M) franchises take the view that binge-watching on streaming platforms doesn’t encourage brand loyalty, as young viewers move onto the next thing too quickly.

“For IP owners that brings up some important distribution decisions,” says Paul Robinson. “And, unlike the broadcasters, SVoDs generally keep their data to themselves, so we can’t confirm with L&M what the viewing behaviour is on these platforms.”

Add to the equation a more heavily regulated market that has restrictions on what advertisers can broadcast to under-tens, and it is little wonder that L&M is becoming a big focus for the kids’ networks. 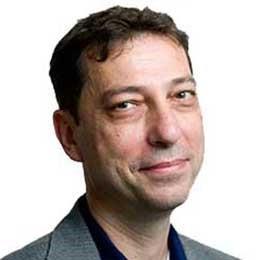 “It feels like pre-school is considered a franchise business as opposed to kids, which is content business, and the networks are really looking at pre-school real estate for themselves and their own IP,” Randisi adds.

If proven domestic hits are still the best way to sell shows internationally and to create further franchise opportunities, then launching a thematic channel showcasing the best content fully adapted and bespoke for its local audiences seems like the next logical step.

This is a growing trend among broadcasters and was the impetus behind channel launches such as Malysh, a Russian pre-school Pay TV channel which launched two years ago by Red Media. In similar vein is Clan TV, a Spanish channel from broadcaster RTVE, which launched in the Americas last year.

The latter offers both in-house productions and co-productions with key Spanish and European producers, as well as acquisitions of Spanish productions that fit the channels profile and criteria.

Imira is one of Clan TV’s suppliers and Robinson believes that children’s networks are still the best place to launch new properties, especially in pre-school.

He concludes: “A channel is still a great sales tool. If you are selling titles and you have a channel in a market, it’s much easier.”