With TV audiences becoming increasingly familiar with the interactivity of gaming, those involved in creating and delivering scripted storytelling would be wise to provide shows that offer more immersive forms of engagement, writes Guy Gadney.

When Netflix CEO Reed Hastings referred to online video game Fortnite as the SVOD streamer’s big rival for eyeballs, he raised a few eyebrows across the television industry. But the fact is that his comments are symptomatic of the increasingly blurred lines between traditional TV storytelling and gaming.

With virtually everyone under the age of 50 having been exposed to a pivotal stage of the video game industry’s evolution into an entertainment juggernaut, it’s no surprise that gaming influences have become a pervasive part of the film and TV landscape. 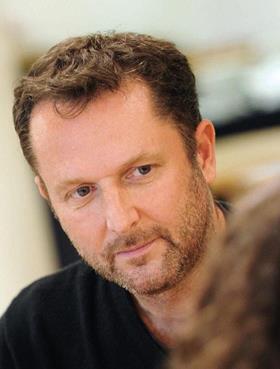 Angry Birds, The Witcher and Halo are just a few examples of games that have been used as the basis of TV content. Coming up soon are blockbusters movies based on Mortal Kombat and Dungeons & Dragons, and new Canadian streamer Binge is fully focused on video content based on games properties.

It’s not just the use of games as source material that signals a creative fusion between TV, films and gaming. Advances in VFX mean that the look and feel of the various media have started to merge. Accelerated by Covid-19 restrictions on production, the use of CGI backdrops and characters means that watching a scripted series often feels like inhabiting an immersive game these days.

To my mind, the next obvious stage in this development is greater use of game-based interactivity as an adjunct to linear scripted storytelling. After years of sitting on the sofa shouting at an unresponsive screen, it stands to reason that audiences familiar with Fortnite, Minecraft and Call of Duty will increasingly expect their favourite shows to offer more immersive forms of engagement.

“Interactive games as extensions of TV dramas are just the first step in a development that will culminate with super high-end experiences that seamlessly fuse Virtual Reality, voice recognition and AI storytelling capabilities”

At Charisma.ai, this is where we have been focusing our creative energy – developing gaming-style concepts that enable hit shows such as Sherlock, Downton Abbey and Bulletproof to break the fourth wall. In our view, all scripted TV producers should be going this route, for some compelling reasons.

Keeping up momentum: When an episode or series of a drama finishes, fans go looking for alternative ways to engage with the show. Typically, this is limited to behind the scenes information about the cast or wiki-style descriptions of characters.

Developing interactive games off the back of TV franchises is a way of keeping fans connected to the mythology of the world, making them more likely to come back and to build social conversations around a show.

Testing/extending characters: Games are a great way to explore new story/character arcs without compromising the linear narrative. If a secondary character is building a fanbase in the linear show, they can be given their own adventures in a game – burnishing their hero credentials. This approach also generates data and feedback that can be used during development. A new character could also be blooded this way ahead of a new series launch.

Supporting a potential reboot: Producers looking to reboot an archive drama might consider devising an interactive digital game as a cost-effective way of gauging audience response.

If fans react well, then the game can be part of the pitching process alongside other forms of social data about the proposed show. A good example in this sphere of activity is Battlestar Galactica: Deadlock. Echoing point two, this could be a way of easing in a radical reappraisal of a show concept – such as a Doctor Who-style regendering of the lead character.

Generating a competitive edge: With the rise of the SVOD, TV has never been more competitive – and every platform or broadcaster needs an edge. Netflix proved that interactive gaming can be a point of differentiation when it greenlit an interactive episode of Black Mirror: Bandersnatch. Not only did the show generate a good response from audiences, it also stimulated extensive media coverage and word of mouth. In a pitching contest between two rival producers, some kind of game-based activation might be enough to clinch the deal.

Developing audience insight: Advances in AI mean that interactive games don’t just need to be passive interactions driven by the fan. A cleverly crafted game can see characters push back, choosing a response based on the way the user approaches the challenge. In our interactive version of Bulletproof for Sky, we made it possible for users to be active participants in an ongoing crime story, helping the main characters stop a series of murders. In storytelling terms, this increases emotional intensity – and extends engagement. At the same time, it provides content creators with insights into audience behaviour.

Reinvigorating creativity: TV is full of recognisable tropes, but the beauty of interactive game extensions is that they can subvert standardised storytelling by offering infinite pathways, freedom from time constraints and non-linear narratives. None of this is a threat to original creative voices – but it might be sufficient to push them in bold new directions they hadn’t considered.

Anticipating future trends: Interactive games as extensions of TV dramas are just the first step in a development that will culminate with super high-end experiences that seamlessly fuse Virtual Reality, voice recognition and AI storytelling capabilities.

VR has had a few false dawns but there’s no doubt the its immersive user experience has the potential to transform audience expectations about TV content. Producers that start to explore the grammar of game-based storytelling position themselves well for the virtual future.

Most of the above is about the potential to drive engagement, develop concepts and win pitches. But games can also be lucrative money-spinners too. As audiences become more comfortable with gaming-style micropayments, maybe TV can also use games to generate a new line of transactional revenue. Instead of episodes, games are based around chapters or levels which could be unlocked by individual payments or by watching a piece of advertising content.