With viewers deciding what they watch, when and how, broadcasters need to be more agile and responsive than ever before, writes Peter White.

Firstly, I’d like to congratulate IBC on its 50th birthday and welcome everyone to its biggest ever show – a record amount of stand space taken, a bulging conference and a predicted record number of visitors too. 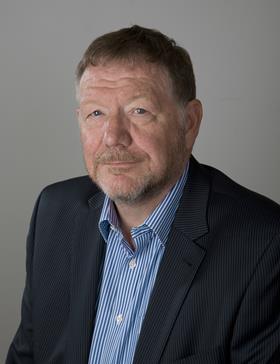 However, it is not just more of the same – in fact, it’s not really the same at all anymore.

For so many of those 50 years, our industry has remained a recognisable entity.

We may have moved from black and white to colour, analogue to digital, SD to HD but the fundamental business model always remained the same – principally one-to-many, advertising or subscription-based.

Over the last few years, we have seen growth in internet-delivered VOD, but traditional broadcasting (or ‘managed linear’ as it is now becoming known) still commanded the vast majority of revenues.

Looking back just a year, IBC2016 arguably marked the point where the whole industry accepted that change was inevitable, and was happening fast.

“The industry is already provisioning for 4K in acquisition.”

The IP interoperability zone at last year’s show personified the new world order, with suppliers and end-users seen to be working together in a way never before witnessed: towards a common goal, creating flexible production and delivery systems to enable end-users to feed their hungry, flighty audiences.

IBC2017 The IABM Breakfast session will examine the factors affecting the supply of technology to the broadcast and media industry.

One year on, and we are much further down that road.

IABM’s recent survey of end-users showed that multi-platform delivery is the number one technology priority for broadcast and media companies, and their top consideration in choosing technology is improved efficiency and ROI.

Many have also either moved or are moving to the cloud for playout.

We now have real-world IP-based facilities such as Telemundo’s $250m all-IP SMPTE ST 2110-based facility in Miami, Florida, which will come online in 2018.

The momentum is building, and when ST 2110 suite of realtime IP signal flow standards is finally published via the SMPTE digital library (slated for late 2017), those who have been holding back due to standards uncertainty and the fear of following an expensive blind alley will join the change.

Even though 4K is yet to take off as mainstream delivery format, the industry is already provisioning for 4K in acquisition.

UHD TV sets are becoming commonplace in the home and demand for content is increasing.

Explaining Telemundo’s investment in an all-IP facility, Jeff Mayzurk, the Senior Vice President of Operations and Technology for NBCU Telemundo Enterprises, says: “To get format independence [and] be able to go to 4K and higher frame rates and high dynamic range and whatever the next standard beyond UHD-1 is.”

Overwhelmingly IP is the answer for UHD delivery; IP will enable 4K – it’s just a matter of time.

What’s driving all this change is a power shift in the industry; thanks to the internet and the growth in 4G mobile delivery, the viewer is now in charge, deciding what content they will consume, whenever and wherever they demand it.

This means that broadcasters and media companies have to be agile and responsive to chase and retain this fragmented audience, and that requires a different business model – being able to scale up and down in moments or launch new services in the blink of an eye.

In consequence, they are moving from a Capex to an Opex business model, aided by cloud and IP technology.

The result is that as the viewers fragment, the industry is necessarily moving closer together; vendors and their end-user customers sharing roadmaps and collaborating to design and implement agile solutions to meet the new challenges and take full advantage of the opportunities – always driven by moment-by-moment ROI considerations, underpinned by subscription services.

However, just the fact that we have a record number of exhibitors at this IBC reflects the underlying confidence in the future for vendors too.

Business models are indeed changing and causing pain for some in the short to medium term, but for those companies that transform their businesses to keep pace with the monumental changes going on, the future looks bright.