The tools to succeed: Why I joined the Rise mentoring scheme

The Rise mentor scheme aims to boost gender diversity within broadcast technology and services by providing the support of an experienced industry leader, guidance and an expanded network. In the first of a series of articles, Discovery lead transmission operator Kat Savage speaks about her route into media and her reasons for joining the Rise scheme.

My journey in broadcast really began when I joined WRN Broadcast, but it was a trip to IBC after I graduated that set me on my path.

I became involved in music from quite a young age and as a teenager took part in several theatre productions. Although my involvement was on stage, I developed an interest in the work of sound and lighting technicians and so went on to enroll on the Live and Studio Sound BSc course at Southampton Solent University. 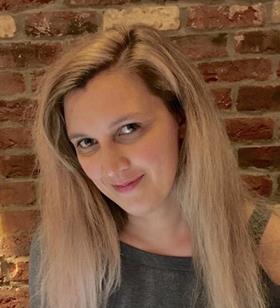 The course turned out to be quite diverse, and included recording studio work, outside broadcast, the study of radio and theoretical knowledge required for building studios and movie theatres among other things. When I set out for university, I was hoping it would lead to a career in a recording studio, but it wasn’t until after I finished university and went to IBC that I discovered the world of broadcast.

During my final year I was fortunate to win an all-expenses paid trip to IBC in Amsterdam, sponsored by IABM. I attended the week-long trip with nine other people from universities around the world and had an amazing time immersing myself in the world of broadcasting and the experience was instrumental in my subsequent choice of career path.

While in Amsterdam, I was able to network with a lot of people including many recruiters who suggested that entry level jobs to the broadcast industry could include transmission. This gave me a whole new focus away from theatres and recording studios.

As a senior MCR operator, I oversaw all outgoing channels, radio channels and monitored the pass-through channels. My work included fault finding when outages occurred and applying my knowledge as a junior engineer to resolve issues wherever I could, which helped to further my engineering knowledge.

“Programmes such as this help people like myself who feel they might have lost their way and need some guidance. It also allows people who know what they want but are unsure what tools they need to execute their progression.”

After WRN Broadcast merged with Babcock International at the beginning of 2016 I moved on to work at Discovery as a live transmission operator. In June this year, I took on the position of lead transmission operator, managing Eurosport playlists (including Eurosport UK and the Nordic countries). Daily tasks involve manipulating the playlists to stay as close to their original on-air times, monitoring channels for language, bugs, and picture or sound quality and during a live sporting event I would be following production in Paris, our own production in the UK or production based in the Nordic countries. Now, of course, I am taking part in broadcasting the delayed 2020 Summer Olympics. This involves all our Eurosport channels and will also include around six of our Nordic Free to Air channels.

In my role as a lead transmission operator I also oversee transmission operators to ensure everyone is set up and ready for their live events and assist with any issues that arise during this time. I am also involved in management meetings to discuss any forthcoming events, testing, or resolving any issues that have occurred. My role is also to support the supervisors and take on their responsibilities should the need arise in their absence.

Currently my team at work is heavily male orientated and whilst that isn’t an issue for me, I do notice there is a lack of a female presence higher up in the progression chain. It’s something I was aware of earlier in my career; while my university course was a 60/40 male/female split, at WRN I was the only woman in a 20-strong operations team. I would like to be part of changing this and showing that I’m just as good as my male colleagues.

I applied for the Rise mentoring programme because at the time of my application I was feeling a bit lost with the direction of my career path. I hope that being part of the mentoring programme will help to highlight any flaws I might have that could be holding me back in furthering my career. And I hope an outside opinion will help guide me in my decision about where to go next with my career.

Having listened to previous mentees I have heard how they have benefitted from lots of support from their mentor and fellow ladies taking part. I feel that I would benefit from some guidance and confidence building to achieve my goals of progressing. Having this support and guidance now will really help me work out my career trajectory for the future.

Programmes such as this help people like myself who feel they might have lost their way and need some guidance. It also allows people who know what they want but are unsure what tools they need to execute their progression. In short, being part of the mentoring programme is a huge confidence booster.

By being a part of this mentoring programme my hopes are that each session provided by people in the industry will give me the tools to build up my confidence, and help me to refine how I’m seen by my peers and those in the wider broadcasting industry. At the end of the programme I hope to be stronger, more resilient with work, myself and whatever the future holds.