What can TV learn from the online innovators?

There has been a rise in consumption driven by a stronger offering from digital players. At the same time, a softening in the display ad market for those digital platforms has provided strong motivation to look at new revenues.

We’ve also seen increasing convergence between three distinct groups: the digital titans such as Facebook and YouTube, emerging local national digital video players such as the LADbible and Unilad and the incumbent traditional operators such as the UK’s ITV and Channel 4.

With more investment in content from emerging platforms and the digital titans, it’s now increasingly difficult to distinguish between these content experiences, especially as mobile device viewing has moved TV viewing out of the living room, especially for the younger audiences.

User-generated content has fuelled significant consumption on mobile devices, but things are moving towards longer, more narrated and produced content and we’ll see an increasing trend where the titans will-somewhat reluctantly invest money in what we consider ‘traditional’ content.

Mobile video is no longer just about dogs dancing or kids juggling or those other ‘blooper’ moments.

Now, it’s about how platforms from a local and global can play a key role in the video ad world. There’s a desire to be more attractive to an audience by using video as the backdrop to advertising.

To varying degrees, Facebook, Oath and YouTube are all keen to commission original exclusive content. These operators are going to have to continue to up the stakes to find content that is appealing which they can wrap around with advertising.

”Mobile video is no longer just about dogs dancing or kids juggling or those other ‘blooper’ moments.”

The LADbible, Copa90 and Slash Football are good examples of platforms taking content they’re commissioning and packaging it in a way that appeals to audiences and advertisers.

They might not be the usual 30-minute or one hour shows but are more like five to ten minute in duration, but for these platforms a 5 minute show is the new long form!

These digital platforms are chasing the advertising pot that used to be the preserve of ITV, Channel 4 and Sky.

Will these new entrants into the video space win? What do they have that can offer advertisers something unique? Well, part of their beauty is the data they farm as it provides such a rich level of understanding of audiences and even more valuable buying behaviour. In this regard, traditional broadcasters are playing catch up.

Measuring the consumption of content on new platforms provides more granular levels of detail than traditional panel systems, which have struggled to keep pace.

Do the traditional broadcast TV operators fully understand the data play and are they agile enough to make sense of these new viewing trends? Some, like Sky are and are taking the right steps into real-time data driven advertising solutions.

While the established, traditional operators might have work to do understanding and using these increasing amounts of data, it is fair to say that some of the newer entrants to the market have some work to do, particularly as they might not have all of the skillsets required to produce compelling content.

It remains to be seen if the titans will write big cheques and fully embrace the content environment.

While the ambition is there from the likes of Facebook and YouTube, neither have enough of a track record to create ad-funded programming they can hang their hat on and truly call a new model. One advantage they have is their relationships and affinity towards social video influencers.

These influencers are the TV stars of 20 years ago and incredibly appealing to brands because they can help create that bridge to the influencer’s fans. These influencers appearing in comedy and drama series for this digital era could be the way forward. 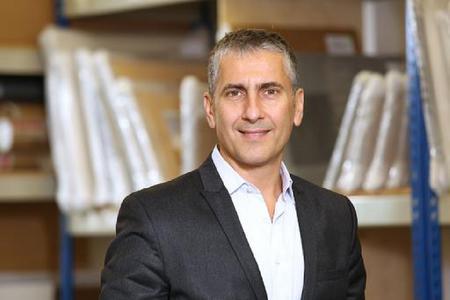 So who’s going to win?

Well, you have to conclude that the major players on both sides will continue to play their part: digital titans and the new entrants have the technology, the money and reach.

But the big brands still trust the traditional broadcaster’s to deliver reach, content and context.

Interestingly, more recently there has been some criticism of Facebook and YouTube in the way that their data can scrutinised and this is giving the traditional broadcasters time to catch up and make up on some of that lost ground.

Tom Toumazis MBE is Chairman of TVbeat and Fusebox Games and non-executive director of LADbible.

He is speaking as part of the IBC2017 conference sessions: Data-Driven or Passion-Driven: How do the New Editorial Platforms Commission and Schedule Content? on 14 September and as part of the The New TV: Who’s Really Watching? discussion on 16 September.