Why going direct doesn’t have to be difficult

There is a huge amount of interest in the direct to consumer market but there is also a lot of uncertainty as rights holders look at the technical challenges involved, writes Steve Russell. 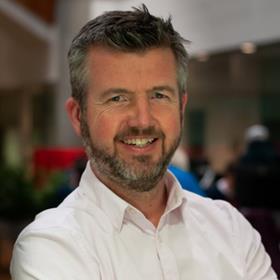 One of the most potentially far-reaching trends we’ve seen over the past couple of years in the industry is a huge upsurge in interest amongst rights holders for going direct to consumer (D2C).

It’s not just the global media and entertainment giants like Disney or NBC, to name two very current examples, that are keen to launch their own SVOD services, but a wide range of rights holders from sports to brands and even to the sort of individual entertainment properties that would traditionally be selling their IP at conferences such as Mipcom.

This is not just an either/or proposition. The traditional model is to create IP, establish a brand and do distribution deals with broadcasters and platforms, dividing the world up into territories and selling those rights on a case by case basis. D2C does not replace that, rather it augments it and gives companies access to additional revenue streams.

These can be in the form of subscriptions, advertising revenue, or more ephemeral but still vital KPIs such as brand exposure. But possibly the one facet of going D2C currently gaining the most interest is access to data.

The main advantage of D2C is exactly what it says in its name; it enables rights holders to build a direct relationship with their consumers and thereby connect with people who are already passionate about what they do.

As well as the potential for monetising content, this means that the rights holder gains access to valuable first-party data regarding exactly what their audience wants to see from their offering. This can feedback into the D2C proposition itself or inform other parts of the business under the aegis of the product philosophy of ‘learn and adapt’.

When using other routes to market this data is inaccessible and sits with the distribution platform. Material distributed via YouTube, for instance, might give the rights holders access to headline figures such as the number and duration of views, but not the truly granular and segmented data of audience composition and consumption patterns that a correctly set-up direct service can produce.

So why isn’t everyone doing it? In talking to our customers about D2C solutions there is a definite perception that setting up your own video service is technically challenging and resource-intensive. This is particularly exacerbated by the fact that such services don’t exist in a vacuum and need to reflect the rise in consumer expectations that the best pay-TV and SVOD services offer. That means features such as content discovery and personalised recommendations need to be implemented, as well as seamless cross-platform performance, and rock-solid, low latency signals with a minimum of video buffering. Rightly or wrongly, D2C services are compared by consumers to everything else that is being piped into their homes, and increasingly footloose audiences are quick to depart a service that doesn’t measure up.

The solution to this quandary is, of course, to outsource the effort and not reinvent the wheel. At Red Bee, for instance, we have specialised in making sure that video looks good and meets consumer expectations for many years. And the transition from linear broadcast to the current multiplicity of delivery platforms has only served to hone those skills.

What’s more, the advent of cloud-based services have revolutionised the speed and agility with which a D2C service can be spun up. By using a mixture of cloud-based and hosted equipment (on our premises and in our playout centres, not the client’s) we can establish a ‘Netflix-like’ service within minutes, with all the advanced functionality in terms of platforms, viewer recommendations, user interfaces, and more that current audiences have come to expect. And, as far as industry-facing requirements go, with the trusted security, dynamic scaling and rapid time to value that clients rightly insist on.

In fact, we’d go beyond that and say that it makes launching D2C services genuinely creative. Rights holders are free to experiment and find out what works; adapting and evolving their propositions as they go along with a range of pop-up services fuelled with feedback from real-time dashboards. And the agility this gives them makes it an ideal fit for covering live events at short notice.

Pop up live events can be streamed globally within seconds, reaching audiences around the world and swiftly bringing in the sort of viewer numbers that live specialises in. Our work on the recent Rugby World Cup, for example, reached over 12.8 million viewers for ITV alone.

D2C now allows rights holders to connect with their consumer base in ways we have not seen before. The sort of pop-up channels and shows we might see as a result of this is genuinely exciting, especially for fans of certain brands, be they sports properties, movie franchises, consumer brands, TV programmes, entertainment franchises, and more. It still requires content (though with licensing deals in place even that can be taken care of), but it is an exercise that can certainly no longer be thought of as hard.