From smart TVs to iPads, mobiles and laptops, the range of devices audiences can use to access TV has increased significantly in recent years. Even so, many argue that traditional broadcasts will remain the most popular option to watch programming because ‘appointment TV’ brings people together, says Edgeware Chief Marketing Officer Richard Brandon.

But this summer’s sporting events like the World Cup and Wimbledon tennis have shown that a substantial portion of viewers no longer tune in, instead they ‘onboard’. The wide-scale adoption of internet-delivered services to consume important sporting or cultural events is what we call ‘Big Live’ OTT. 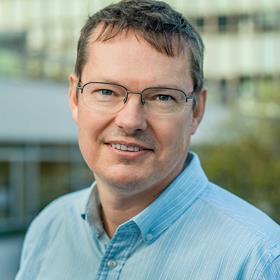 And bypassing the traditional broadcast isn’t just for convenience. Content distributors are more aware than anyone that employing internet-delivered means allows them to create a viewing experience that’s now far beyond broadcast – with better picture quality, higher frame rates and more personalisation.

But to achieve this, the underlying systems that support an internet-delivered service need to cope with millions of audience members coming onboard over a short time period. There are several examples of large-sale events that have suffered delays and interruptions – this summer’s World Cup to name just one.

Many audience members using internet-delivered were warned ahead of time that services would be delayed – and that’s before they even started onboarding users. On average, 50-60% of client requests happen within the first two minutes of a major event, which can put a huge strain on any network if it isn’t prepared.

It’s crucial that broadcasters understand the strain that’s put on a delivery network by so many users onboarding at once. By building a dedicated network for the distribution of internet-delivered TV, content providers can overcome what’s considered live OTT’s biggest challenge.

Renting bandwidth on a subscription network means live programming is delivered by a third-party that can result in delays that are completely outside the control of the content distributor. If operators build their own content delivery network – a TV CDN – they can deploy technology that is able to predict when peaks will occur due to live events and better control the onboarding of a large numbers of viewers, as well as deliver a service with lower latency.

A purpose-built TV CDN can balance the expected load across its servers so that no single unit is ever overloaded while another has capacity available. This speeds up the overall delivery for everyone who requests the live programming, no matter their location.

TV CDNs also better manage requests between the delivery server and the content owner’s origin, consolidating multiple requests that save capacity on the origin server and backhaul network.

TVB – the largest independent Chinese language broadcaster – uses this approach to easily onboard hundreds of thousands of users at once. Its myTV Super OTT service is the ‘beyond broadcast’ experience in action.

It provides viewers with low-latency programming of major live events in 4K at 50fps, while also including personalised ads. Achieving this is no mean feat.

Because millions already rely on internet-delivered services – a number that will only increase – the distribution of big live OTT events is just as important as traditional broadcast. Only by employing a dedicated TV CDN can operators retain complete control of their programming, onboard thousands of users without issue and deliver live programming that doesn’t have delays, glitches of buffering.

Edgeware"Edgeware develops, markets and sells streaming solutions to customers that require effective solutions for distributing TV and video content to viewers over IP."