2019 Oscars: Inside the best cinematography and VFX categories

From shooting in black and white to creating in-camera effects, we take a look at the technology and technique behind Oscar nominated films.

The pinnacle of awards season approaches with three of the films nominated for cinematography also contenders for Best Foreign Language picture. 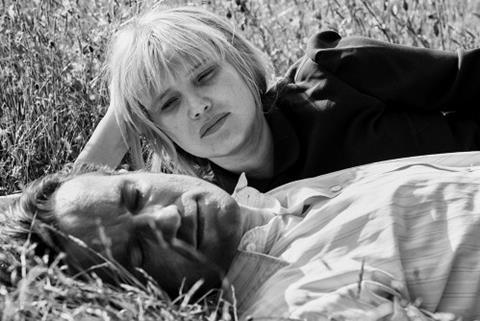 Roma and Cold War are both based on the personal memoirs of their directors and lensed in black and white to evoke the past without sentimentalising the story in the ways that colour might have done.

Cinematographer Łukasz Żal also wanted director Pawel Pawlikowski’s Polish-language post-World War II romance Cold War to hark back to the monochrome films of the 1950s and 1960s. He shot digital on Alexa XT paired with Ultra Primes and Angenieux zooms but aimed to match the look of the film stock used in the former communist bloc. Location photography took place in Poland, Croatia and Paris.

“Everything changes when you shoot in black and white — costumes, makeup, hair, production design — because you are looking for the contrast in every place,” Zal told Deadline. “You are looking at a different reality.”

Roma is director Alfonso Cuarón’s low-key realist slice of biography about a family living in the Colonia Roma district of Mexico City in 1970. It has the signature elaborate long takes devised by Cuarón and cinematographer Emmanuel Lubezki in collaborations like Children of Men and Gravity, but this time it’s (mostly) the director’s work.

When the shooting schedule for Roma ballooned to over 110 days, Lubezki – who had helped select the camera and prep the shoot – found a clash shooting Terrence Malick’s Song to Song and had to leave the picture. Cuarón – who also co-edited and scripted – took up the reigns.

As with Gravity and Birdman, some of the lengthy takes are not quite all they seem. In the film’s most audacious sequence at a beach involving a rescue from drowning, several takes are meticulously woven together to fit as one. Designed by Cuarón, the VFX along with ‘invisible’ set replacement and decoration, was completed by MPC.

Shot at 4K resolution on the Alexa 65 to lend the black and white tones a contemporary feel, the film’s detailed slow build scenes break like waves over the viewer and are best appreciated on the largest screen possible. That presents something of a conflict for the director who could only get the $15 million film made at Netflix. 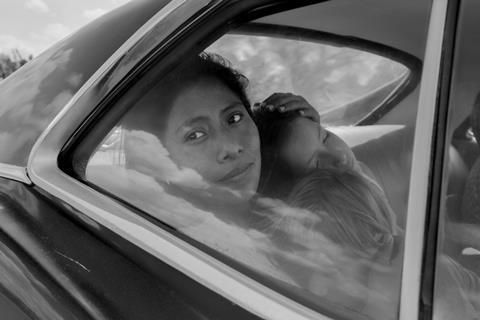 As awards season approached, Netflix gave the film a limited theatrical run with 70mm prints (processed from digital at FotoKem in LA) and a widescreen aspect ratio.

“Offering cinema lovers the opportunity to see [Roma] in theatres is incredibly important to me,” said Cuarón in a Netflix press release which demonstrates the streamer’s confidence in its approach. “The 70mm print of Roma shows unique details not available on any other version. Being shot in 65mm, these prints bring live detail and contrast only possible using a big format film. It is for sure the most organic way to experience Roma’”

The surprise on the list is German-language film Never Look Back by director Henckel von Donnersmarck. Like Cold War, this examines post-War eastern Europe and is filmed in Germany, Poland and the Czech Republic.

Inspired by the life of Gerhard Richter’s this is the fictional story of a painter who grew up in Dresden under the Nazis and struggles to reconcile the cultural liberalism of the 1960s with the horrific past. American director of photography Caleb Deschanel ASC has been praised for bathing the story in a warm glow reminiscent of painting (using Arri XT Plus with Zeiss master primes), although the style may sit a little uneasily for some scenes including a graphic account of a gas chamber.

“Just like you don’t expose evil in an obvious way as evil. It sort of lurks underneath things,” he told Goldderby about choosing a luminous rather than darker colour palette. “The evil really comes out of the characters in the way they behave and that was the core of what the film is about.”

This is Deschanel’s sixth Oscar nomination including previous nods for The Right Stuff (1983), The Patriot (2000) and The Passion of the Christ (2004). You couldn’t get further from the subject of Never Look Back than The Lion King, Disney’s live action remake, which Deschanel recently wrapped.

Matthew Libatique ASC used multiple Alexa Minis to lens the intimate story of Ally (Lady Gaga) and mentor Jackson Maine (Bradley Cooper) in A Star Is Born. The lightweight cameras proved particularly useful handheld or on Steadicam for Cooper’s direction which demanded extreme close-ups of the leads and in capturing the intensity of their performance on stage. Some of these events were shot as-live with little room to prep or light, including at the film’s beginning at the Coachella festival. 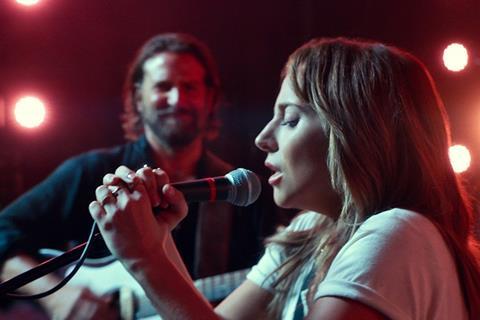 The tight shots of Cooper and Lady Gaga performing were shot on Kowa anamorphics, a lens choice which gave lots of flaring and hazing of the stage lights, intended to reflect the imperfections in Jackson’s disintegrating rocker. Cooke Anamorphic/i SF primes were used for most of the non-stage scenes. Grading was by Stefan Sonnenfeld at Company 3 in LA.

“Visually, I wanted the film to feel like it was Jack’s world when we enter, and Ally just had to exist within it as she starts her rise to fame,” Libatique told the ASC.

“Then, as she becomes an equal and surpasses him, I wanted everything to build to a larger-than-life feeling, with vivid colour. She’s playing in front of tens of thousands of people, and I wanted it to be beautiful, like a drug. Nothing could be better — but then that drug starts to wear off, and in her last scene I just wanted white light. The colour represents a manic rock-and-roll lifestyle, and the white light represents a kind of sobriety.” 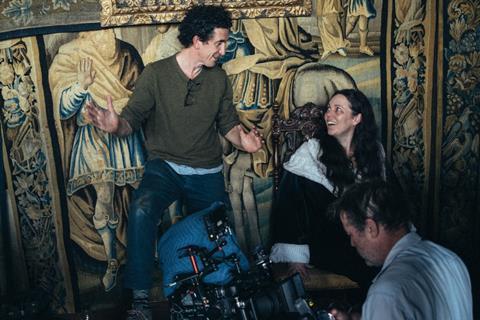 Filmed with natural light: Robbie Ryan with Olivia Colman on set of The Favourite

The extreme distortion of the fish-eye 6mm lens for many scenes in Yorgos Lanthimos’ absurdist historical drama certainly catches the eye but the physicality of DP Robbie Ryan’s [BSC ISC] work won’t be lost on the Academy. The sole nomination to be shot on film, The Favourite has a distinctive texture which isn’t afraid to show the powered pours and flamboyantly wigged faces of its comic-tragic characters.

Filmed using natural light, a technique which Ryan has ably demonstrated on films for Andrea Arnold (Fish Tank) and Ken Loach (I, Daniel Blake), he also bought into the Greek director’s insistence on perpetual movement for the 35mm camera without using Steadicam. This was a task which Ryan took on himself, wearing an Exoskeleton rig and electronic handheld Double Helix camera stabilisation combination from Mr Helix, based at Pinewood Studios, which was specially adapted to take the Panavision Millennium XL2 camera.

“We were pretty blessed with weather on location but a couple of days it went really dark so we pushed the stock more than I ever thought possible,” Ryan told IBC365. “Yorgos was adamant that we not use lights otherwise it would feel artificial even during scenes when we literally had just a handful of candles.”

A bow for camera equipment credits can be taken now by Arri. Its technology was used by four of the five nominees for cinematography and five of the Best Picture nominees: Roma, A Star is Born plus Green Book (Alexa Mini), Black Panther (Alexa XT Plus) and Bohemian Rhapsody (Alexa 65 and Alexa SXT). 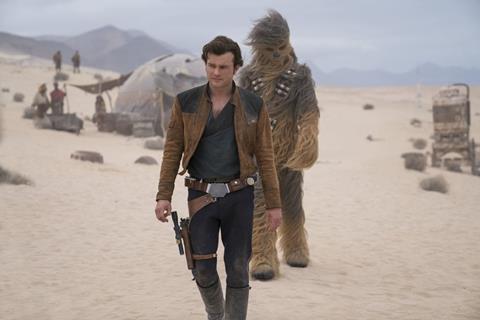 ILM has the lead on Solo: A Star Wars Story assisted by several other facilities including London’s Jellyfish and Lola VFX, Montreal’s Hybride Technologies and Raynault and California’s Tippett and Exceptional Minds. The Third Floor provided some previs. Ncam and Nvizage provided virtual production systems.

Framestore took the bear’s share of shots for Christopher Robin, Disney’s fresh take on the AA Milne classic which depicted Winnie the Pooh and friends interacting with the real world.

Some 677 of the 727 shots the UK house made for this film featured creature animation, among the most demanding of all VFX disciplines. Framestore’s Oscar-winning VFX supervisor Chris Lawrence (Gravity) led the overall VFX on the film with Framestore’s global head of animation Michael Eames as animation director.

“Pooh is a very minimal performer,” says Lawrence. “Ewan [McGregor] would have to do these very emotional scenes against him and he wanted to know what Pooh would be doing; the answer was a very held-back, restrained performance.” 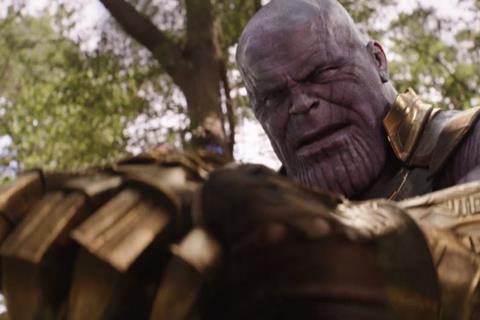 The CG for the film’s 8ft tall supervillain, Thanos, originated from the facial-scanning of actor Josh Brolin. The system called Medusa devised at ILM and used to create Andy Serkis’ Snoke in the recent Star Wars movies is due to receive its own award from the Academy at the annual Scientific and Technical Awards.

Medusa also played a part in Steven Spielberg’s virtual reality ride Ready, Player One. It was used to design Parzival, the avatar of hero Wade Watts. Warner Bros’ film may have been partly shot in Birmingham with motion-capture at Leavesden but VFX duties went back to Hollywood. Digital Domain and ILM roughly split the work with DD responsible for the motion effects and grungy look of the film’s ‘real world’ and ILM taking charge of action inside the virtual ‘Oasis’ for which it got to recreate the Overlook hotel in an extended sequence from The Shining and the T-Rex from Spielberg’s Jurassic Park which ILM had originally built in 1993.

Dneg has become synonymous with the films of Christopher Nolan (Dunkirk, Interstellar) who likes to shoot on film and create effects in-camera but its artists had to up the realism for space travel biog First Man.

As the primary VFX vendor, Dneg (Vancouver) was tasked with creating multiple rendered sequences for use on a giant 60 ft wide by 35 ft tall curved 180-degree LED screen. This LED wall was the best option to achieve the clarity and brightness director Damien Chazelle was looking for and to capture as much in-camera as possible, according to Oscar winning VFX supervisor Paul Lambert (Blade Runner 2029).

“It allowed us to shoot certain space and in-flight elements with our CG content to fit within the boundaries of a film being shot 16mm and 35mm,” he says. Full scale physical mock-ups of the (Apollo, Gemini) capsules were hoisted on gimbals with the Ryan Gosling and other actors on board surrounded by projections of the rocket’s journey. This enabled Chazelle to film entire sequences rather than hundreds of smaller shots to be rendered for VFX.

“In the VFX world we generally focus on creating visuals for single shots, most lasting between 5-15 seconds,” says Lambert. “Damien didn’t want to be limited in this way. We had to create content for entire sequences, some lasting 10,000 frames. We began rendering front and side views to the screen but realised creating 360 spherical images gave us the most flexibility since we could rotate it in any direction. This was a challenging amount of work to complete before shooting even began.”