Post production and VFX are constantly evolving areas of media production - with no exception during the Covid-19 pandemic. IBC365 looks at how the industry is priming new workflows and remotely post producing. 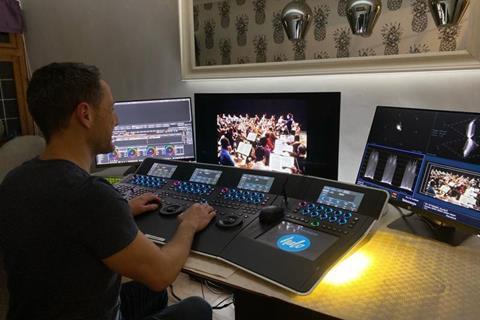 Working in the film and TV industry during the Covid-19 crisis is challenging and uncertain with staff furloughed and productions being postponed because of the government restrictions.

In a statement issued to the industry last month, BFI chief executive Ben Roberts outlined the support and discussions occurring to mitigate the scale of the short- and longer-term impact on business.

“We are focused on ensuring the resilience of the industry and on tackling the huge range of short to mid-term financial, cultural and societal challenges – not least to the exhibition and freelance sectors who are likely to be hit hardest most immediately by the crisis,” Roberts explained.

“As a production financier, we are obviously supporting our filmmakers with advice on a case by case basis. They are all different projects, each case is different and complex with completely different variables, so there isn’t one size fits all guidance, and we are advising them through these very particular challenges as best we can.”

Last week, Ashford film and TV studio was given the green light after planning permission was granted for the new £250 million studio development for Ashford, Kent in the South East of England.

The news must come as a welcomed reassurance to those productions and freelancers who are facing unprecedented uncertainty.

Speaking to ÍBC365, DoP Vanessa Whyte explains the impact on freelancers and the worsening situation with major events and productions being cancelled or delayed.

IBC365 rounds up the latest post production and VFX features with insight from a post production consultant continuing to work and deliver, how German studio Telescope is approaching animation with VR/AR, UK’s The Farm on remote working and an inside look at BBC R&D’s new production workflows.

With the tools and techniques being used to create films, games and interactive content growing closer together, a production company based in Germany is taking the transmedia path to content creation.

Telescope Animation is the Berlin-based brainchild of Reza Memari, a veteran game developer and the writer/co-director and co-editor for the animated film A Stork’s Journey.

It is using Unreal Engine to create a transmedia portfolio spanning AR/VR, games and interactive storybooks for its new film The Last Whale Singer, which is based on original IP and is the first animated feature film selected for the development for the German Outstanding Films for Creative Initiative.

What makes this cetacean story really different is the fact that the adventure will also form the basis for a prequel game. This is currently planned for the Nintendo Switch, as well as the PlayStation and Xbox family of consoles. Though the animated feature will be released as a standalone project, both the film and the game are being developed using real-time game engines including Unreal Engine from Epic Games.

Plans for The Last Whale Singer also include an AR/VR project and an interactive storybook, as well as short-form serial for web, TV or streaming platforms, all using many of the same assets.

Nicholson has more than 18 years’ experience working on large-scale projects. She tells IBC365: “There is something to be said for using technology to make life easier.” 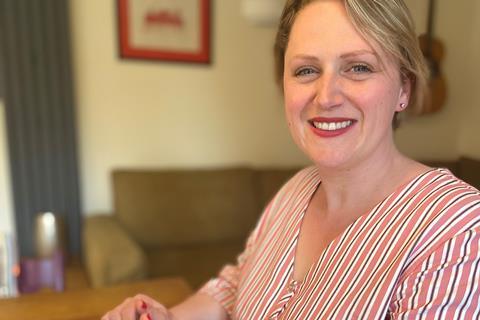 Post-production supervisors control the post process, they ensure the clarity of information and communication channels between the producer, editor and picture team, sound team and facilities which include among others CGI, negative cutters and film labs as well as dealing with the post-production accountant and making sure the teams are meeting deadlines within budget.

On the impact of the coronavirus pandemic, Nicholson says it is “two fold, I am continuing to work and deliver my shows” connected with facilities in London and Bristol. She adds: “I have been impressed with the ability to develop working practices which have all gone remote.

“Remotely grading, online, sound mixing and using different technologies to do approvals and reviews and it has been a huge learning curve and significantly slower initially but now that we are starting to see working practices we are familiar with it is starting to speed up again.”

While we are seeing productions shutting down indefinitely, post-production is continuing, with many organisations turning to remote workflows.

As the industry turns to remote production solutions during the coronavirus, independent post house The Farm is taking the opportunity to accelerate its own remote post production plans.

For a lot of the content industry the remote workflows that are suddenly being imposed by necessity are either proving a rude shock or being dismissed as simply unworkable. But a fair section of the post production sector it has merely been an acceleration of programs that have already been in development for several years.

Driven in turn by exorbitant rents in city centre locations, the growing desire to pursue a saner work/life balance, and the need to take advantage of the economic benefits that cloud workflows can bestow, many facilities have invested a significant amount of time and energy into setting up remote workflows.

The Farm is one of them, and its reaction to the Covid-19 outbreak is a good example of what can be done at speed once the initial groundwork has been established.

The company’s list of its current remote operations is an impressive one and growing on a weekly basis in a carefully managed roll out. 70 remote editorial systems have been set up running off The Farm’s central storage via the Teradici PCoIP, there are 22 managed offline suites, 40 staff operators, 15 online editors, 11 ProTools audio suites (three of them working in 5.1), and one Nucoda grading suite which has been set up as a test bed to see what the issues involving rolling out remote grading to the home might be.

Unprecedented times call for new solutions, or at least the deployment of a range of existing solutions in an innovative way. This is certainly the case with independent post facility Halo, which has responded to the Covid-19 crisis by offering a virtual version of all its normal post production processes.

Halo is now providing offline, online, audio or grade up to UHD ‘from home’ as workers tackle the coronavirus lockdown.

According to chief executive John Rogerson, the virtual solution is already running 90% of Halo’s client workload remotely, and “can honour all existing obligations from offline through to finishing post and delivery.”

Halo had actually been testing and using remote solutions for post for several years before the current pandemic, beginning with an original remote offline edit offering called Halo Connect. This made use of PC over IP (PCoIP), a technology which uses display compression to provide end users with on-premises or cloud-based virtual machines.

The coronavirus had an early impact on Halo. “We were working on a series for CCTV and as China was the first country to be affected, crews were unable to film and so we immediately felt the shockwaves,” says commercial director Will Garbutt. “At that point, we knew huge restrictions on filming would follow globally, so we started to formulate our remote strategy at that point.”

The aim of the BBC R&D’s Nearly Live Production project is to understand whether technologies used for distribution and playback of media over the internet can also be used at the authoring stage to streamline workflows and give producers an accurate sense of what the final viewing experience will be.

In 2014, BBC R&D started looking into how low-cost production workflows could increase live event coverage at the expense of broadcast latency and quality. It recognised that professional, live multi-camera coverage is not ideal or practical for all events and venues, particularly at large festivals. A shift in working was proposed that would allow technical and craft resources to be deployed more widely and enable the broadcaster to offer greater coverage of live events.

Ian Wagdin, senior technology transfer manager, BBC R&D, is responsible for taking BBC technologies from the lab to businesses was able to tell IBC365 more about the project and how it has evolved.

Wagin explains the importance of new production workflows using IP and cloud technologies, wider issues on latency and synchronisation, and what is coming next.