With video piracy projected to exceed a global value of $67 billion by 2023, more than ever it’s “a crime that can’t be ignored”, as prime movers behind the Audiovisual Anti-Piracy Alliance explain.

If one would hesitate to describe it as an ‘upside’ of recent events, there’s no question that the pandemic has forced everyone to confront some uncomfortable truths about the ways in which we live and work. 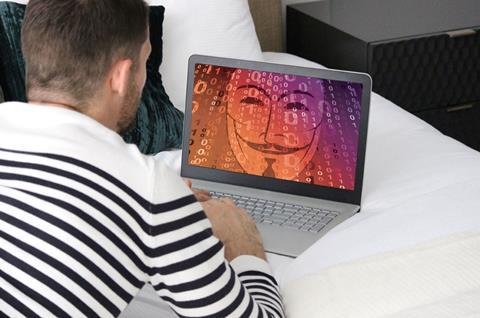 With lockdown keeping more people fixed to their screens consuming more content than ever before, it’s not surprising that one of these uneasy realisations concerned video piracy as scores of headlines pointed to a sharp rise in re-streaming and other illegal content-related activities.

Spend an hour speaking to leaders of the Audiovisual Anti-Piracy Alliance (AAPA), however, and you will be in no doubt that this is merely the latest stage in a long upward trajectory of content piracy. Citing recent research from Parks Associates (Video Piracy: Ecosystem, Risks and Impact 2020), the alliance warns that the value of pirate video services accessed by pay-TV and non-pay-TV consumers could exceed $67 billion by 2023.

Mark Mulready is Vice President of Cyber Services at Irdeto and a Co-President of AAPA. “The general threat level is getting worse, in particular with regard to OTT platforms, where clearly there has been a lot of growth in recent years,” he says. “There are some vulnerabilities which are uniquely common in OTT platforms that we know pirates are exploiting to be able to take streams directly from those services.”

“The general threat level is getting worse, in particular with regard to OTT platforms, where clearly there has been a lot of growth in recent years,” Mark Mulready, AAPA

All of which makes the AAPA’s stated objective – to combat piracy through a combination of “effective lobbying, supporting law enforcement and building partnerships” – increasingly critical. With an underlying emphasis on bringing different industry players together, the AAPA has five primary working groups (Training & Awareness, Hosting Infrastructure, Disruption, Social Media, Policy & Regulation), as well as long-established relationships with agencies including Interpol, Europol and EUIPO, which is the European Union Intellectual Property Office.

The alliance’s current reach can be seen by the growth of its membership, which includes broadcasters, technology vendors and sports federations. “We have gone from about 15 to 30 members in the course of 10 years, which is a major achievement. Pleasingly, members come to us about joining – we don’t seek them out,” says Sheila Cassells, AAPA’s Executive Vice President.

The dialogue established with governments and law enforcement agencies confirms the value of the AAPA’s ‘strength in numbers’ ethos. “As an industry body we tend to have more impact and generally achieve better outcomes than companies who take action individually,” remarks Cassells, although she acknowledges that there are areas in which the problems remain “more intractable”. 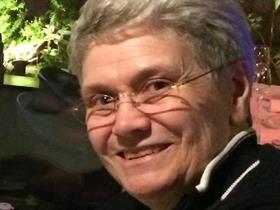 ‘A special problem for our industry’

Invited to highlight the current piracy hotspots, Cassells responds that the organisation “tends not to name specific countries”, but adds that it should be possible for readers “to get a reasonable idea by looking at lists of countries involved with the whole IP crime sphere – not just piracy”. Nonetheless, the AAPA is prepared to discuss the situation in China, where a continuing high level of illegitimate activity constitutes “a special problem for our industry”.

This is not surprising given that even initiating a conversation about piracy has proven to be problematic. “It’s still something that we are trying to get to grips with,” says Mulready. “About 90-95% of all the streaming devices employed globally are manufactured in China, and we know from our investigation that that there are many manufacturers who are supplying devices that are pre-programmed with access to pirated content.”

Despite the country’s shift towards a more outward-facing market-based economy, Intellectual Property as a concept has not yet achieved widespread traction. “Our conversations with various parts of the government indicate that they are not terribly interested in protecting non-Chinese IP,” says Cassells. “Even in those cases where we have got them to budge and take action, the penalties [for IP infringement] have been very low and do not provide an incentive for change.”

There is rather more cause for optimism in the EU, where the proposed Digital Services Act (DSA) is now at the committee stage following a public consultation period last summer.

Expected to herald tough new measures around illegal content, disinformation and transparent advertising, the act will also mean a major sea-change for social media companies. As well as being required to explain to regulators how their algorithms work and their decision-making processes regarding content removal, companies that do not comply with the new obligations may be fined up to 6% of their annual turnover.

“Getting pirated streams removed has become a ‘whack-a-mole’ game – as soon as one stream has been taken off, another one appears,” Mark Mulready, AAPA

While the DSA could still be many months away from becoming law, Mulready seems optimistic that it will be a decisive step in the right direction.

“Getting pirated streams removed has become a ‘whack-a-mole’ game – as soon as one stream has been taken off, another one appears,” he says. 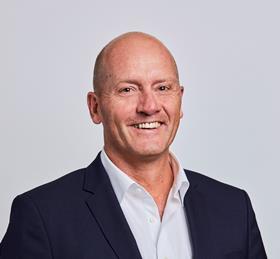 Mark Mulready: VP of Cyber Services at Irdeto and a Co-President of AAPA

“So there have to be strong deterrents that mean there will be repercussions if pirated content appears again [on the same platform] and that should include banning users who are found to be responsible.”

The AAPA also welcomes the recent European Parliament resolution on the “challenges of sports events organisers in the digital environment”, which was adopted with a substantial majority in a plenary session held on 19 May. Among other measures, it calls for the removal or disabling of access to illegal live sports content to be completed within half an hour of receiving notification from rights-holders or ‘certified trust flaggers’.

“The same content that drives the legitimate business – premium sports and movies – also powers the illegitimate business,” says Cassells. “A comparison might be that people who steal cars tend to go for the very expensive Ferrari and leave the Ford Focus on the driveway.”

‘We need to have a healthy and growing industry’

Although new legislation will hopefully make a major difference, the AAPA acknowledges that it’s only one part of the puzzle. Recognising the need for a clear message to consumers, the alliance has aligned itself with United Laboratories’ Digital Safety campaign, which stresses the potential risks – including malware and payment credential theft – associated with accessing illegal services. And, while the AAPA’s growth in membership confirms its latterday influence, there is a sense that some parts of the industry are still reluctant to engage fully with the subject and come forward with potentially useful information.

“We recognise that the vast majority of manufacturers operate legitimately and are working very hard to grow their own businesses,” says Cassells. “At the same time, we do need to have a healthy and growing industry, so our message is that if any company is aware of piracy taking place – including at a trade show! – or has some relevant intelligence about what is going on behind the scenes, we would really welcome them to come forward and give us that information.”

In particular, the AAPA is keen to expand the lines of communication with the makers of smart TVs. “At some of the large companies it can be difficult to identify the right person to talk to, so we would welcome any who want to reach out to us. We are making inroads, but it’s definitely one of the areas in which we would like to improve.”

The AAPA requests that reports of suspected commercial piracy are sent to contact@aapa.eu. For more information on the AAPA’s current campaigns, please visit https://www.aapa.eu/blog.