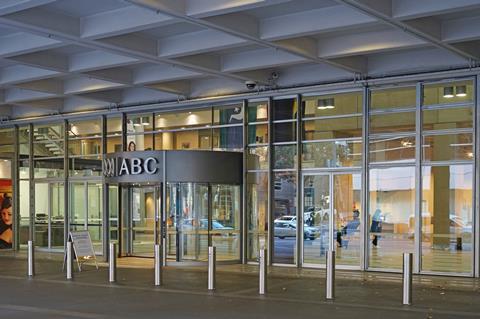 The Australian public broadcaster is seeking to cut its payments to pay-TV provider Foxtel in a move to recoup its finances after the Coalition government froze its $1 billion annual budget.

The Australia Broadcasting Corporation (ABC) is negotiating with New Corp-owned Foxtel to end its yearly $4 million deal enabling Australian viewers to watch the public broadcaster’s content on the platform.

ABC managing director David Anderson delivered the news to staff yesterday during a meeting held under Chatham House rule, saying the ABC “would prefer to pay nothing to be on Foxtel,” according to The Sydney Morning Herald.

Anderson said: “We’re going through that with them and negotiating how we can reduce that cost.”

The ABC hopes to cease its payments to Foxtel in a bid to minimise savings that would otherwise affect content creation or staffing.

However, the decision would still impact how Australian audiences can access the public broadcaster’s programming.

The ABC is facing cuts totalling around $84 million as part of an indexation pause introduced by Australia Prime Minister Malcom Turnbull’s government in the 2018 Federal budget. If the inflation rate comes in at 3%, this would mean cuts to expected funding of $15 million in the first year, $28 million in the second and $41 million in the third, the SMH estimated.

News Corp reported $539 million in pro-forma revenue for its pay-TV arm in the first three months of the financial year, which was down 13% compared to the same time last year.

However, if Foxtel loses the ABC payment it would represent a “modest annual cut,” which comes at a time when the business is facing competitive pressure from streaming services such as Netflix.

The ABC’s $4 million annual payment to Foxtel is portioned across its third parties, including satellite providers, for hosting ABC’s services on its platform.

Ending the retransmission agreement with Foxtel was one of the recommendations in a 2014 efficiency review of the ABC and SBS.

Anderson has been discussing how to reduce the cost with Foxtel since the end of 2018 and is looking to get rid of the fee entirely. He is also looking at efficiencies by combining more back-end operations with SBS, he said during the meeting.

An ABC spokesman said the broadcaster was considering “various savings measures to meet funding cuts with minimal impact to our content, services and staff, in accordance with our ongoing obligation to find efficiencies”.

He said: “We are currently in discussions with Foxtel regarding the costs associated with the retransmission of ABC services.”

A Foxtel spokesman confirmed the discussions are ongoing: “We are making good progress but those discussions have some way to go and it’s not appropriate to comment at this stage.”