Last week it emerged that Sky is intending to move more aggressively into online delivery of its content. But is it wise for satellite broadcasters to ditch the dish?

When Sky issued its half-yearly profit numbers on January 25 it included a line from Sky Group Chief Executive Jeremy Darroch about plans to ”launch Sky without a satellite dish, with all its channels and on demand content streamed over IP”.

That promptly caused satellite operator SES to suffer a massive fall in its share price and by the time the news had percolated through to investors in Eutelsat, which carries Sky Italia’s signals into Italy, Eutelsat’s shares had also been hammered. 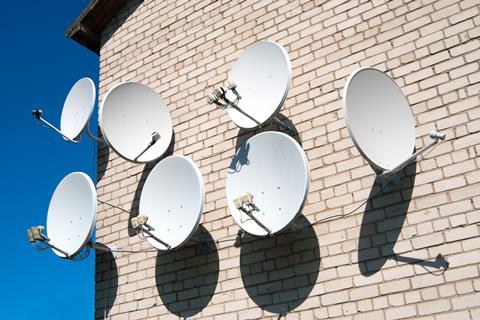 Indeed, one press report bluntly spoke of ‘No more dishes from Sky’. By any measure – including that of ‘Fake News’ - the reports were all wrong, and as far as SES and Eutelsat were concerned, dangerously wrong.

The fact is that Sky first spoke about this a year ago (in January 2017). The other fact is that Sky repeated a statement of a year ago saying that across its three key European markets (the UK/Ireland, Germany/Austria and Italy) there are some 6 million homes without any possibility of installing a satellite dish.

They might be high-rise towers where the apartment does not face South, or where the building’s landlord simply doesn’t permit dishes. They might also be in a conservation area, and there are plenty in the UK where dishes are forbidden because of tenancy building restrictions or would simply be incongruous.

Indeed, as far as Sky is concerned making its channels available ‘Over The Top’ (OTT) via broadband is entirely logical. The move also ties into the roll-out from the UK to Germany and Italy of its powerful SkyQ set-top box which is pre-equipped with an Ethernet and WiFi connectivity.

The news that Sky is looking to use OTT to maintain – and perhaps boost – subscriber numbers when faced with huge competition from Netflix, Amazon and now Apple and Facebook, is not new. It has enjoyed success with its ‘NOW TV’ offering in the UK and will expand this to the rest of its European markets (including Spain).

The fact is that, faced with the growing impact of online content and with the traditional Sky market in the UK mature and extremely limited in terms of growth, such moves by Sky are justified. There are, however, still plenty of satellite-based expansion prospects in Germany and Italy. 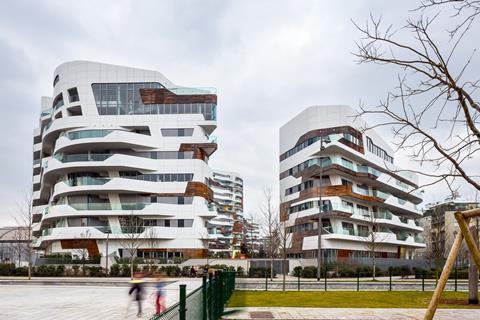 But the appeal of placing extra emphasis on its OTT offerings is easy to understand. There’s no need for Sky to supply a dish or send an installation engineer to get up a ladder.

An OTT service (via its Roku-supplied Now TV £15 ‘stick’, which is half the cost price of a Roku or Chromecast stick) taps into an entirely new potential low-cost market for Sky, which might include anyone with a holiday home, or students, or kids. 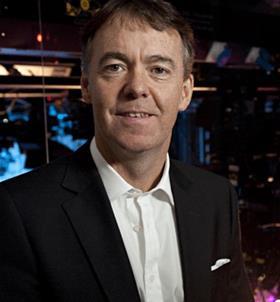 These sales and marketing efforts are praiseworthy, but Sky is not going to abandon its dish policy. Sky Group CEO Jeremy Darroch made Sky’s position clear. Talking to analysts, he said: “We think our job is to keep bringing customers better content, better innovation, and then to better connect them to more of what they love. And that simply requires us to do two things.

First of all, to excel at delivering the winning customer proposition today, and then alongside that, to keep building for the future, both developing additional services for customers to make their Sky experience even better, and then opening up new markets that we can grow into, which will provide further opportunities for the business”.

Darroch’s senior directors added to his comments, saying: “The opportunity of IP, it’s primarily about opening up near areas of headroom” and “providing services in the way that suits customers”.

Addressing the benefits of the SkyQ box, they added: “The IP box, it’s got a low SAC install cost but tends to have a higher variable cost. One of the advantages of satellite is when it’s installed 99.99% reliability and zero marginal cost in terms of distributing the signal”… “Over time, [satellite transmission has] been a source of efficiency for us. We’re obviously a big purchaser of [satellite] and we supported the migration to services like HD and Ultra HD within the existing envelope of spend that we’ve had. And it remains an opportunity for us to drive efficiencies as technology improves, as we could get more capacity and as more customers move online. So, there’s a good role for satellites in part of our mix. We’re running a hybrid platform”.

It is also worth remembering the cost of distribution.

Securing new IP-based customers is not without a cost impact. Sky might save on the cost of the dish and installation, but they have to pay to stream their channels. Adding one or 1 million new satellite subscribers costs zero (other than the dish and install) because the signals are already up there. Satellites are the perfect low-cost/high-reach option for broadcasters.

However, it is worth remembering that there are dozens of channels which could – theoretically – save money by switching to IP-based delivery. Indeed, SES advocates channels using IP when they are small and new to market but as soon as they reach a meaningful audience they should switch to satellite – it’s cheaper.

The opposite tends to happen. There are dozens and dozens of channels with unmeasurably low audiences. But they stay on satellite because of its benefits in terms of visibility on Sky’s Electronic Programme Guide.

And, of course, satellite manages a 99.9999% success in terms of delivery outages. In other words, the system and the technology on a satellite is phenomenally reliable and adept at delivering UHD. Whereas IP can be subject to outages, throttling, slow-delivery and data caps.

It seems that broadcasters would be wise not to give up on that dish just yet.