Analysis: USA 5G reassignment could be worth $30 billion to sat-operators

The clock is ticking for an agreement between the C-Band Alliance and the FCC over repurposing spectrum for 5G. But there are still some complications, writes Chris Forrester. 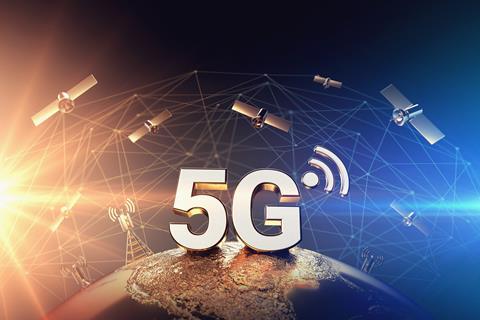 5G: Satellite operators could expect $30 billion windfall, part of which must be used to fund 5G technology

The C-Band Alliance (CBA) is a grouping of three major satellite operators: Intelsat, SES and Telesat of Canada. Paris-based Eutelsat was a member but quit in September, of which more in a moment.

The CBA is looking to auction off a minimum of 180 MHz of their satellite spectrum over the US and see it reassigned to help the roll-out of 5G technology.

Investment bankers Morgan Stanley, in a recent report, said the spectrum could be worth up to $30 billion in total. The CBA members have to cough up some cash out of that potential windfall, notably to supply and fit expensive filters onto every giant C-band receive dish in the US, and to fund about 8 new satellites to replace the auctioned spectrum.

All this is – more or less – agreed. But significant problems remain. First up, is the ‘foreign’ location of each of the players. Intelsat is an international supplier of spectrum and headquartered in Washington DC, but its formal registered domicile is Luxembourg (because of the favourable tax rates available in the Duchy). SES is firmly based in Luxembourg, and the Luxembourg government owns a stake in the business. Telesat is based in Ottawa, Canada, while Eutelsat is based in Paris, and has major French state investments holding shares.

This has created a number of political headaches, and where US lawmakers are keen to see any profits from the sale of spectrum over the US to be retained in the US. Being foreign domiciled doesn’t help the CBA’s arguments to hold onto the auction process - or revenues!

We mentioned Eutelsat quitting the CBA in September. Its rationale is that it wants to negotiate a higher portion of the CBA ‘windfall’ from the sale. Eutelsat CEO Rodolphe Belmer had a meeting with the Federal Communications Commission (FCC) in September. The FCC will decide on the CBA’s proposals – probably – in November. A routine document from the FCC issued on Oct 4 states that Eutelsat “expressed its willingness” to re-join the CBA during the transition phase of the C-band process.

According to the FCC filing, Mr Belmer is in favour of freeing up more than the initial batch of 180/200 MHz of capacity [and the FCC is reportedly looking for 300 MHz to be reallocated].

Sami Kassab, an equity analyst at investment bank Exane/BNPP, in a note to clients on Oct 7 says: “We take this [FCC] filing as suggesting that our scenario on C-band is on track and that satellite operators will be able to monetise their C-band spectrum rights. Eutelsat is unlikely to hold out and is keen to go back into the CBA under the right conditions.”

Final report
Media analysts at Morgan Stanley say they expect the FCC to publish its Final Report and Order on the CBA’s proposals in November. Importantly, the bank says the FCC will also specify how the auction should be handled (public, or by the CBA itself).

This is the Second major headache. Republican Senator John Kennedy speaks for many in complaining about the FCC’s indications that it could allow the Alliance to itself auction off its satellite spectrum. Sen. Kennedy has instead called for a public auction of the C-band frequencies.

“A public auction of C-band spectrum ensures taxpayers reap the benefits of the sale rather than foreign-owned satellite companies,” he said, adding that a public auction would guarantee a return for US taxpayers.

At the end of September one of the five FCC commissioners Michael O’Rielly made it clear that he – at least – was relaxed about the CBA’s auction plan, saying: “In the end, my primary concern is getting the C-band reallocation done as expeditiously and thoughtfully as possible so it can advance the US 5G efforts. If someone or some entities make a profit for being in the right place at the right time, I will live with that outcome.” 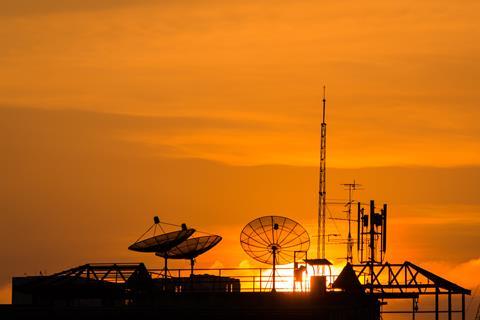 Problem 3 is the amount of spectrum to be reassigned. The CBA wants to free up 180 MHz (plus a 20 MHz ‘guard’ band). It is now clear that the FCC is looking for 300MHz. The CBA has hinted that this could be possible over time, but that it cannot happen overnight.

The CBA’s official spokesperson, Peter Pitsch, speaking on Sept 26th, said that the Alliance was working “aggressively looking at clearing more than 200 MHz” but had yet to target more than 200 MHz.

Money talks
Morgan Stanley estimates this initial 180/200 MHz spectrum is worth between $10-30 billion in gross proceeds, payable to the satellite providers if going through a private auction route.

There may also be a CBA voluntary payment on these gross proceeds and some US lawmakers are urging that this windfall tax be significant.

The bank suggests two key dates for the upcoming FCC decision being October 29th (for the FCC’s Agenda to be published ahead of its scheduled meeting on Nov 19.

Morgan Stanley also speculates on three different potential outcomes, with one Option being a possible 15% withholding tax levied by the FCC, but which could still leave around $20 billion in overall proceeds from the auction.

Option 2 assumes a 21% tax levy which is equal to the current US Corporate Tax rate, which would inevitably trim the benefits to the CBA’s members. However, the FCC is widely reported to be seeking an eventual 280 MHz of freed-up spectrum, and this would increase the yield’s value to the Alliance.

Option 3 is the ‘bad news’ option for the CBA and in which an FCC-led auction takes place, delaying the whole process well into 2020 (and perhaps even later). The CBA would eventually get some cash, but well into the future.

Options 1 or 2 will represent the sort of Lottery win that companies can only dream about. Intelsat and SES will share around 90% of the sum eventually received (once the filters and new satellites have been funded). However, by any measure, the final sums could be spectacular. Telesat and Eutelsat will share the remaining (approximately) 10% between them.

Intelsat is heavily in debt, and its share of the proceeds could dramatically reduce its indebtedness. SES has only modest debt so the sum gained could pay-off that debt (if it was prudent to do so) and fund operations for the next many years, or returned to shareholders in dividends.

The news has generated a massive amount of speculation. Intelsat’s share price, for example, has been on a roller-coaster, rocketing up a year ago from barely $4 a share to $34 in Oct 2018, and to a more modest $24 on Oct 10th.

The satellite industry would love there to be a positive result. Satellite builders want to get their hands on new orders for 8 satellites, and many other operators around the world are measuring their own C-band spectrum in order to tap into potential 5G demands.