IBC365 looks at the latest facts and figures featured in analyst reports from across the industry. 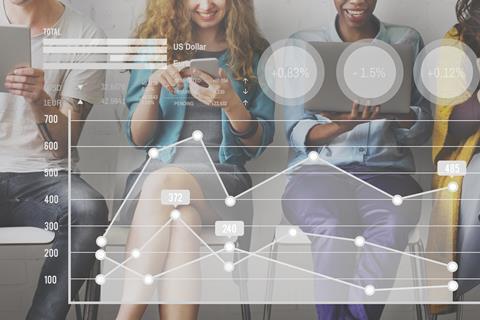 Amid the coronavirus lockdown, the global streaming market has seen a huge boom, according to analyst firm Conviva.

In its State of Streaming report, Conviva found that streaming increased 57% across the globe during the month of March when compared to the same period last year.

Europe has led the way, according to the quarterly figures, with a 70% increase, followed by the Americas which saw 57% growth instreaming.

Conviva also tracked quality of streams, finding that Roku was the only device to mark quality improvements across the board. Video start failures were recorded at 49%, while Roku saw a 37% higher picture quality, and buffering improved by 33%.

Overall, streaming quality across all devices improved, with buffering down by 27%. Much of this progress was chalked up to mobile viewers who saw 38% less buffering, as telecoms infrastructure across the globe continues to improve.

On-demand growth
That on-demand growth was also tracked by actionable intelligence provider The Diffusion Group (TDG), which found that six in ten US adult broadband users who use pay-TV on-demand services have increased viewing as a result of Covid-19-related stay-at-home directives, with 19% reporting a significant increase.

The TDG research found 77% of adult subscribers to a Pay TV service watch content through the service’s on-demand options, with more than half of those using on-demand more than the linear offerings due to coronavirus lockdowns.

TDG also broke this down by age, finding that under-45s were almost twice as likely to have seen a significant increase in on-demand consumption as older demographics. There was also found to be no real variation by gender.

TV consumption up
The UK saw the highest average monthly TV consumption since January 2018, according to figures from BARB – perhaps no surprise as people look to TV to cope with the lockdown.

The average number of minutes viewed daily in April was over 3 and half hours per person, at 211 minutes, BARB found – the highest April level since 2014.

BARB also measures unidentified viewing and viewing to BARB-reported BVoD services on TV sets. Adding these to consolidated 7-day TV set viewing gives a total TV set usage figure for April of 306 minutes a day, or over five hours – the highest level since 2013, when BARB adopted the current measurement of unidentified viewing.

This boom in TV consumption spreads across all demographics, with the highest increase measured in the 55-64 category, which saw a 27% increase on April 2019.

The figures, which were released as part of BARB’s SVOD Report within its Viewing Report, also revealed:

With the demand for content still growing, the amount of subscribers to pay-TV platforms is predicted to hit 1.06 billion globally by 2025, according to Digital TV Research.

The number worldwide topped one billion in 2018, and IPTV is set to see the biggest growth going forward, adding 84 million subscribers over the next five years, hitting a total of 391 million. This will see IPTV’s market share grow from 30% in 2019 to 37% in 2025.

Satellite TV will be the biggest loser, seeing its subscriber base fall by around 4 million, the report claims.

Simon Murray, principal analyst at Digital TV Research, said: “Our forecasts are based on the assumption that professional sports will restart in August following relaxations in the Covid 19 lockdown. If this does not happen, then pay TV will experience considerable churn.”

Supply chain issues
One challenge comes in the supply chain, according to a report from the DPP and Sony. In its report Supplying the VOD Revolution the DPP found a chaotic picture within the supply of content for VoD platforms.

The DPP spoke with CTOs across the industry with the aim of defining a ‘reference workflow for the supply of content from distributors and aggregators to platforms’. It revealed that workflow frustrations are being felt across the supply chain, with “the dramatic rise in the number of VoD platforms, and the lack of commonality between their delivery requirements” all becoming pain points, according to author Rowan de Pomerai.

“It’s startling how chaotic and costly aspects of this process can be, not just for content suppliers, but for platforms too,” he added.

Ad revenues face decline
It is a challenging time for the industry, despite the increased demand for content. This is because the advertising sector is expecting to see a serious downturn as companies decrease their ad-spend due to the onset of an expected global recession.

A report from the Advertising Association and WARC predicts that TV ad spend will decline by 46.6% in Q2, while VOD ad spend is expected to see a drop of around 27.2%.

This downturn will extend into Q3 too, down by 25.8% for TV, while seeing a slight recovery in Q4 with an 8% deficit expected. Overall, this means TV ad spend is predicted to drop by 19.8% for the year when compared with 2019.

In real terms, the decline in TV ad investment is equivalent to a £976 million reduction in broadcaster revenue versus 2019.

However, the report is positive about the longer term, expected a return to growth in 2021, with TV seeing growth of 15% and VoD 21.9%.