IBC2018: India has eight versions of Big Brother, while young people are abandoning conventional TV in the Middle East… The challenges of operating in the Asia Pacific and Middle East markets were laid bare in two IBC panels.

Broadcasting is a complex business – and no where more so in a country like India. 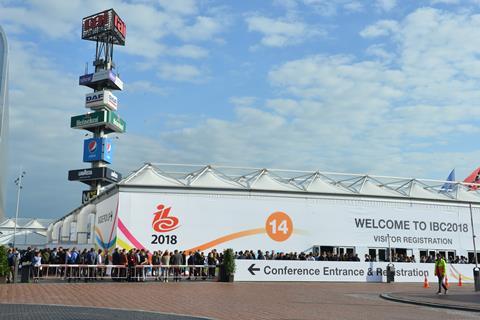 “Do not look at India as a single market. Look at the local regions. In fact, look within the regions because India is going hyper-localised,” said Shireen Sethi, COO of N1 Media Consultancy. “We have eight different language versions of Big Brother, with different anchors, different celebrities. We are not a homogenous country.”

IBC panels on the APAC and MENA regions covered many aspects of these differences. For example, Sethi explained that while Netflix is now extremely active in India there are around 50 other OTT players in the market - and there seems to be no end to their growth. “I can easily see 300 OTT operators within the next few years, but not everyone will prosper.”

Indianteleivision.com founder Anil Wanvari explained that India’s mass-penetration telcos are also entering the market, making the situation highly dynamic. “There are no credit card-type payments, and Netflix is changing its strategy to a lower-cost subscription model.”

IBC’s MENA panel was similarly complex. Fadi Ismali, Director of Group Drama at 03 Productions, said it was easier to state what Arabic productions were not made than were actually produced: “There’s no sci-fi, no police/detective shows, no medical dramas and nothing featuring Mafia-type groups.”

He added: “We do have all of our special 30-day Ramadan dramas, usually 45/50 minutes long and designed to air daily. But we have other challenges, not least with so-called Arabic accents. Egyptian output travels well within the region, and most of the ‘shiny floor’ shows (X-Factor, Arabia’s Got Talent, The Voice) all come out of Beirut.” But, he explained, Gulf viewers simply cannot understand the French-influenced regions of Morocco and Tunisia.

Nick Grande, CEO at MENA.TV’s Content Hub, said the region was changing. Pay-TV was still a struggle, and while DTH dominated this was also in transition despite a near-total absence of EPGs within the low-cost set-top boxes. “The telcos are going to have a strong role, especially in IP-based transmission.”

Mohamed Abuagla, formerly CIO/CTO at Al Jazeera Media, said his fear was that the region’s young people were already abandoning conventional TV. “The train has left the station. They are making their own content, and it is often very good. It’s going onto YouTube and the other outlets.”

He agreed that while OTT might well be the next ‘big thing’ for some who were prepared to pay for content, Free-To-Air viewing would be around for some time. “I’d hope that the arrival of Netflix will inspire new Arabic scripts to appear. While I do not expect an Arabic Game of Thrones just yet, good content could start to emerge.”