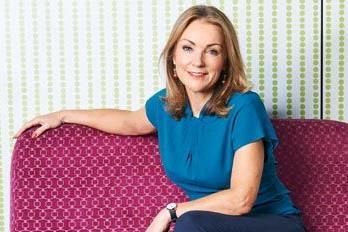 Women in Film and TV UK has launched its 10th annual mentoring scheme this year backed by executives from Apple, C4, BBC, Sky and Sony Pictures.

The 2020 mentoring scheme has been launched in association with Screen Skills and supported by Avid, the BBC, Channel 4, EON Productions, Lionsgate, Panalux and Panavision, Twickenham Studios and UKTV.

This year, the scheme has attracted many of the country’s leading film and TV experts to mentor the candidates, with some 10 women were selected from hundreds of applicants.

The “intensely competitive process” has been designed to support professional women at the mid-point of their careers working across the industry from composing to directing, producing, script editing and development.

Heading up the scheme this year is WFTV’s mentoring producer Tracy Forsyth, who is also a creative mentor at Channel 4 Indie Growth Fund and an executive coach and ex- BBC executive.

Forsyth said: “The scheme empowers these talented women with the belief, confidence and skills to achieve their career goals and provides them with clarity of direction, focus and a life-long network of contacts. It is incredibly rewarding to guide these 20 women on that journey”.

The WFTV Mentoring Scheme was launched in 2011 in response to a 2009 Creative Skillset census that revealed that 4,950 women had lost their jobs in TV since the start of the recession, compared to just 650 men.

WFTV chair Liz Tucker said: “We only have to look at the career paths of previous mentees to know our scheme really works. Over 108 women have now taken part in the scheme and previous mentees have landed jobs at Amazon, the BBC and Channel 4. Our scheme genuinely changes lives and careers”.

The Scheme runs for six months, during which time the 20 participants receive six hours of mentoring contact with an experienced industry figure alongside peer-to-peer training and seminars, WFTV member events and wider industry networking opportunities.