Audience interaction in the coronavirus era

The coronavirus crisis is sparking a wave of innovative ideas in the entertainment sector as shows look for ways to carry on interacting with viewers. 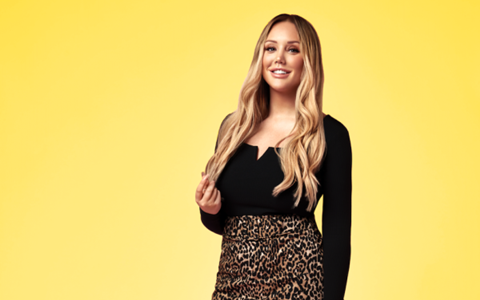 Necessity, as the old adage goes, is the mother of invention. The coronavirus crisis is sparking a wave of innovative ideas in the entertainment sector as shows look for ways to carry on interacting with viewers.

Deprived of live audiences because of strict social distancing measures, broadcasters and producers are developing and taking to screen a raft programmes that still involve audiences.

Register for our upcoming webinar: Remote working: The new normal?

“In this challenging time, we wanted to bring people together in a fun and light-hearted way in a way that speaks to MTV audiences. A live play-along show is a great format because it’s interactive and creates connections,” says Craig Orr, VP commissioning and development at MTV International.

Crosby films each episode from her home, using Zoom to connect the host and guests, with a director remotely mixing between the celebrity guests and viewers at home. Orr explains that Crosby is very much the linchpin of the production, using wireless in-ear headphones with a separate feed into each ear, helping her navigate between the guests and the director and producer. In keeping with the agility of making a production in this way, Crosby’s mum is the conduit for viewer reactions, comments and questions, which are texted to her by the production team’s remote-working moderators.

Crosby also uses her own social channels to reach her audience, having live link ups with celebrity guests and fans playing at home.

Says Orr: “The production teams have nimbly adapted to the situation, as has Charlotte herself. She has a great understanding of the production process, which is invaluable in adapting to this very different way of working.”

“In this challenging time, we wanted to bring people together in a fun and light-hearted way in a way that speaks to MTV audiences.” Craig Orr, MTV International

Another example of a coronavirus era interactive show is Luke, Alone at Home for leading German broadcaster Sat.1, produced by Banijay Group company Brainpool TV. Airing daily, the live show, without an audience, sees a camera rig capture comedian Luke Mockridge as he makes contact with his audience asking them about what they are up to during quarantine.

Banijay Group head of content Lucas Green says the production team have sought to keep the technology involved as simple as possible to avoid alienating audiences.

“It was important for Luke and the team to avoid the assumption that everyone everywhere has access to all means of technology,” says Green. Video interactions via Skype and FaceTime play a key role, but the traditional approach of a phone call is also central to the show.

Green adds that it has been important to develop and produce the show in a way that standards haven’t slipped. It’s been made using Brainpool’s studios with a small crew maintaining social distancing in line with government advice. “The team in Germany has managed to bring a high-quality live production to audiences meaning they are not tempted to tip-toe off to a re-run on another network,” says Green.

Togetherness
He explains that at a time where people across the world are in isolation and often truly alone, it’s important to bring them valuable connections and a sense of togetherness. “The team at Brainpool built this idea on just that – the desire to unite the nation in this difficult time.”

Meanwhile, Nordisk Film TV is behind entertainment show Denmark Stands Together for Danish broadcaster TV2, which saw its two hosts broadcast on March 28 from makeshift studios and talk to well-known and unknown Danes who are doing something special in these unprecedented times.

“The audience didn’t care about the minor technical glitches. They cared about the stories and the togetherness.” Nicolai Würtz, Nordisk Film TV

The show’s executive producer Nicolai Würtz says the reason show was made interactive and live was to give the audience a feeling of unity and togetherness in the moment.

“Right now you can’t go to a concert or sit in an audience for a great talk. We wanted to fill that gap and give the audience an experience of sharing a night of strong emotions in a situation of national crisis.”

Denmark Stands Together was pulled together over five “very hectic” days and nights, explains Würtz. In terms of technology, the production team took note of how workplace talks have turned into Zoom meetings, and grandparents and grandchildren are using Facetime more than ever. “We tried to embrace these ways of communication so the hosts could Facetime and Skype with the audience instead of a traditional interview or VT,” says Würtz. 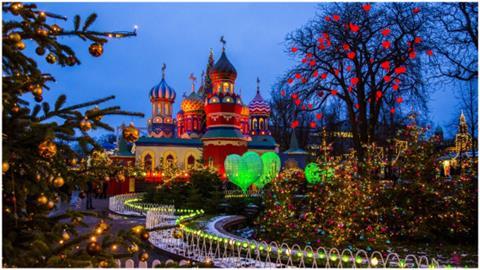 Denmark Stands Together: Producers embraced video conferencing so hosts could Facetime and Skype with the audience instead of a traditional interview or VT

“Usually, we would have spent much more time preparing content, and we would probably have been less likely to use consumer technology like Skype and Facetime for such a large part of the show,” adds Würtz. “But the audience didn’t care about the minor technical glitches. They cared about the stories and the togetherness. Hopefully, we can keep this boldness and expediency, when we get back to more normal production conditions.”

Denmark Stands Together, MTV Game Night with Charlotte Crosby and Luke, Home Alone are just a few examples of interactive entertainment programming being pulled together rapidly during the coronavirus crisis.

Peter Cassidy, director of global entertainment at Monterosa, which specialises in creating interactive platforms such as the Love Island and I’m A Celebrity Get Me Out of Here! apps, says the lockdown period has ironically been a hugely busy period with producers inquiring about ways they can interact with audiences.

“There’s a lot of discussions going on. It feels like there are going to be one or two game changing formats that are going to come out of this period.” Peter Cassidy, Monterosa

At a time when so many people are isolated, getting people to connect with each other is even more important, he explains – and broadcasters are looking for new types of formats to engage viewers when so much live content cannot be made. This could be by connecting presenters in studios with viewers at home. Or it could be by repurposing archive – perhaps by turning sports footage into a play-along quiz.

“There’s a lot of discussions going on. It feels like there are going to be one or two game changing formats that are going to come out of this period.”

Getting viewers on-board
Monterosa’s platform has been used recently by Galileo, ProSieben’s science and knowledge show in Germany, which has added a new dimension to the production by integrating public opinion on-screen in real time.

In its new weekly segment, “For and Against,” both sides of a particular issue are presented alongside each other. At the same time, viewer opinion - gathered in the Galileo app using the Monterosa Interaction Cloud - is fed through in percentages to the TV screen - moving in real-time as both sides of the argument are presented. One of the questions featured recently was whether schools should be closed to curb the spread of Coronavirus (66% voted for).

Of course, broadcasters and producers have been busy adding interactive elements to their shows long before the coronavirus crisis in a bid to differentiate their content at a time of ever increasing competition.

Broadcasters can also use interactive platforms to learn about their audience’s preferences, and to generate online and ecommerce revenues.

Monterosa’s Love Island app, for example, allows audiences to vote on evictions, take part in real-time polls and receive exclusive content. It also allows them to shop – both in the official Love Island Shop, and also via a “Click to Buy” feature with official brand partners on the app that allows viewers to ‘buy the look’, after perusing the wardrobe of the contestants.

It’s little wonder that audience interaction is now firmly back in the frame with broadcasters – a trend that is being accelerated even more during the coronavirus pandemic.

Says Banijay Group’s head of content Lucas Green: “In a time of social distancing, people are yearning for connections and a sense of unity so we will likely see an uplift in those titles that bring audiences together – whether that be interactive quizzes, reality shows or fun entertainment juggernauts.”