Audio vendors rise to the challenge of remote working

Increased support for Next Generation Audio and making complex remote working scenarios more practical during lockdown are among the headline trends in the DAW world, writes David Davies. 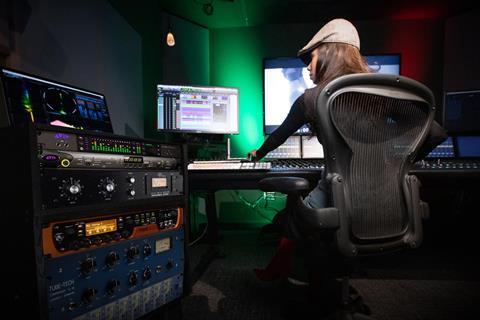 As audio post headed into lockdown in March, it was certainly no bad thing that the previous 12-18 months had been fairly strong throughout the business. More diverse workloads and rising levels of production fuelled by the streaming revolution have contributed to a post sector that is both robust and responsive to change.

Inevitably, the extent to which activity levels have been affected by Coronavirus varies – sometimes considerably – from company to company. But the often solitary nature of core audio post tasks such as mixing and dubbing has meant the sector appears to have been less heavily impacted than some others. Moreover, where operators have had more downtime, there has been a not entirely unwelcome opportunity to review infrastructure and priorities in a rapidly changing market.

Janis Balodis, founder of London-based JB Audio Post Production, says that rather than changes to workflows, the lockdown period has prompted a review of business strategies – something he feels is fairly universal in the post world. “We have been quiet project-wise, so there has been no need for me to create any new workflows or do any changes. Instead, I have been more focused on setting up new business strategies, marketing and so on.”

That said, Balodis does expect to benefit from a new 15-seater viewing room with 4K capabilities for project viewing that is being constructed in the facility where his studio is located. “The idea of building this room happened because of the lockdown, and I think many businesses are re-evaluating their business models and strategies, as well as polishing their post-production workflows. I’ve been more focused on the former.”

But if there has been one particular area in which all vendors have taken action over the last few months it is in terms of supporting increased remote working – a requirement that has led to some illuminating dialogues with customers around the world.

Moving beyond the ‘monolithic update’
In responding to unforeseen events it is surely advantageous for a company like Avid that, as director of product marketing for audio solutions Rob D’Amico observes, “the days of the monolithic [annual release for the Pro Tools digital audio workstation, or DAW] are now some way behind us. Having a subscription service plan means that as we develop new capabilities to solve challenges or [deliver new enhancements] we release them right to the users.” 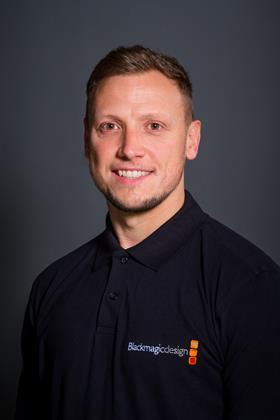 Hence, in the course of a year there are bound to be “many incremental updates” aimed at both of Pro Tools’ major markets – audio post and music production. In terms of post, some of the more important updates arrived in the autumn 2019.10 release, which allows customers to use 130 channels of Core Audio with the Dolby Audio Bridge and Dolby Renderer – an increase from the previous limit of 32. As a result, mixers can now send all 128 channels of a Dolby Atmos mix from Pro Tools to a Dolby Atmos Renderer using the Dolby Audio Bridge, eliminating the complexity of requiring send plug-ins on aux tracks for every audio feed to the renderer. The move also means that Automatic Delay Compensation is now being applied to all tracks feeding the renderer as they are coming directly from track outputs, as opposed to being tapped off at the plug-in point.

“The objective here was to help the post market to deliver more Dolby Atmos content to streaming services such as Netflix and Hulu,” says D’Amico, who notes that delivery of a Dolby Atmos mix is increasingly becoming a standard requirement throughout OTT.

But as the Covid-19 crisis has developed, remote working has moved more firmly into the spotlight. The result has been “a very intense month or two of interactions”, with Avid granting free 90-day licenses for multiple products to those facilities whose workers have been unable to access systems at their facilities. The company has also taken steps to cope with “a significant uptick” in the volume of remote content creation using Pro Tools Cloud Collaboration, Sibelius Cloud Sharing and Avid Link, with dialogue editing and voiceover work among the specific tasks highlighted by D’Amico.

Looking ahead he expects the conversations that have taken place over the past few months to “affect priorities” when it comes to future updates: “We are living in a world that is very different from what it was four months ago, but Avid is a very agile and flexible company.” 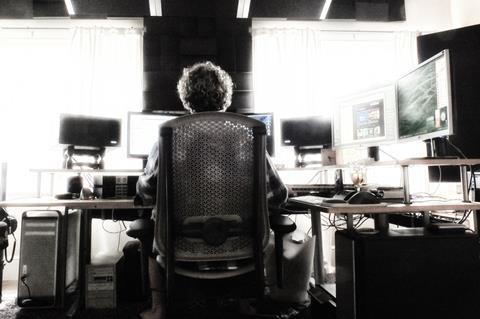 Priorities: Facilitating remote working has become key priority for companies such as Avid

‘Making every feature more productive’
Next Generation Audio has also been a preoccupation for Blackmagic Design, with the Fairlight DAW page of the latest version of the DaVinci Resolve editing, colour correction, visual effects and audio post application including “support for immersive sound production as well as high-end audio functions such as enhanced loudness control and elastic wave alignment for audio editing,” says Blackmagic Design director EMEA Stuart Ashton.

The latest release at the time of writing, 16.2.3, incorporates virtually the entire feature set from the original Fairlight Post production system, including Fairlight’s original CC-2 audio processing hardware and the SX-36 I/O systems. Other specific additions for post include a Dialogue Processor, which allows the removal of unwanted noises such as the rumbling of traffic in the distance or popping sounds; a Foley Sampler, which makes it possible to deploy pre-recorded sound effects to a digital keyboard and have these effects playing as the keys are pressed; and scalable waveforms in the Fairlight timeline, allowing users to zoom in without adjusting the volume.

Blackmagic Design also unveiled the 16.2 Blackmagic Fairlight Sound Library 1.0 as part of the latest release, with this installer adding more than 500 royalty-free sounds for use with the foley sampler in DaVinci Resolve 16. “New support for metadata-based searches also means that customers don’t need to know the filename to find a sound effect,” says Ashton.

More generally, Ashton indicates that a dual-focus on practicality and productivity will continue to characterise the development of DaVinci Resolve. “There has been a big emphasis on making every feature and function in the creative process more productive,” he says. “To achieve that we have applied the same methodology and thinking that we do in manufacturing to introduce refinements to Resolve’s GUI, eliminating waste and improving usability.”

With flexible working patterns and remote collaboration likely to define the agenda for audio post for the foreseeable future, DAW vendors will need to maintain constant dialogue with consumers to ensure they are offering all of the capabilities that they require. Fortunately, there seems every chance that this will occur given the sector’s overriding ‘direction of travel’ for several years now, with versatility and support for multiple workflows underpinning the vast majority of R&D in this space.