How do you shoot a reality show that involves going into contestants’ homes with Covid-19 restrictions? ITV Studios turned to remote production to shoot the Middle Eastern version of hit Come Dine with Me. 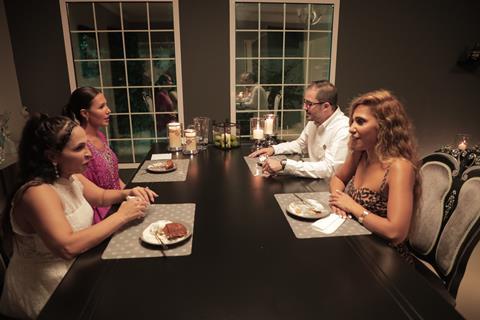 When the Covid-19 pandemic struck, it meant production companies across the globe had to rethink how they could film new shows in a pandemic. For reality-based shows, this would prove especially challenging, with an extra imperative to keep not just crew but also participants safe.

A Middle East version of Come Dine with Me - the British reality show that sees contestants welcome each other into their homes and cook for them, with hopes of winning a cash prize – had already been commissioned when Covid struck.

The Arabic version of the format entitled Yalla Neta’asha aired on 18 October on Dubai-based broadcaster OSN. The show is produced by ITV Studios Middle East and was filmed in various locations across the United Arab Emirates during the summer.

What made the production special was the control room and camera crew were located in different countries – the former in Lebanon and the latter in the UAE.

But in March, as we all know, Covid really struck, putting a halt to plans to film the series of 45 episodes. OSA, however, said they would still want the show to air in September, posing several challenges for the production team.

Airports were expected to reopen in July, but restrictions were still likely to be in place. Mandour says she considered hiring a local team to take care of it but said to find the right team was “very tricky” in terms of approach and experience.

“You can find good technical people but from the creative side it is hard to find the right people,” she adds. “We decided to send our technical team and to do some of it remotely.” 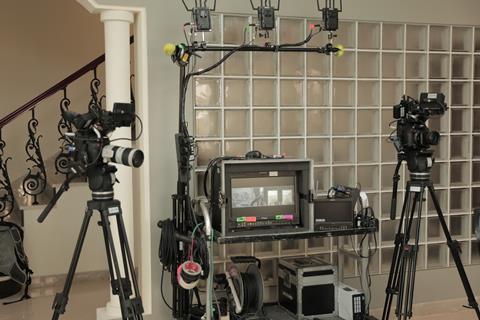 lonoco: Offered its PATH system to address the problem

Ionoco had worked with ITV Studios on and off for a “number of years” explains chief executive Simon Ingram. “We got a phone call around early June saying they needed to shoot this show but were unable to send a large team to their location due to coronavirus restrictions. Do you have a solution that could help us do this? And funnily enough, we had upgraded our PATH platform in February.”

The PATH system was most recently used on NBC’s Hollywood Game Night, the first-ever live virtual Daytime Emmy Awards, and is currently deployed on over 100 episodes of the Oprah Winfrey created The Dr Phil Show which is syndicated throughout the US.

So, what is PATH? It utilises as content delivery network with 200 data centre points of presence across the globe to support low latency video and audio transport. The platform itself is a fully scalable interactive ultra-low latency video contribution and remote production unit reliant on Home Kits, which allow contributors to access the platform to control cameras and wireless audio remotely.

Layered on top of this is a sophisticated virtual production environment all hosted up in the Microsoft Azure cloud which offers several features. This ranges from a virtual security gate, which acts like a waiting room in a studio, to a virtual green room, which serves the same purpose as a physical green room, to the actual main production flow. This comes with all the features we’ve come to expect from remote video controls, such as remote muting, a software based IFV, allowing communications with just one individual, and the ability to move contributors into different rooms.

Originally designed to support game shows, Ionoco began adapting it for remote production in February as Covid restrictions began to come into force.

“We upgraded the platform back in February or March to do a game show for an American network, but it didn’t go ahead. In the end, they decided they didn’t want to do a virtual show,” adds Ingram. So, when ITV Studios approached us, we had this relaunched platform to demonstrate.”

Ionoco offered a demonstration, which showed how the platform could run using mobile network connectivity (4G and 5G) to support it, yet still offer low enough latencies that the gallery – located in Beirut – could use talkback with the camera team.

Restricted access
This was vital, explains Mandour, because by the time they came to shoot the episodes, the UAE had implemented limits on the number of people who could be any indoor space at a given time. With four contestants taking part, that left minimal room for a team on the ground.

“It really did help us on the field, because we ended up doing the show with the minimal team on the field,” she says “We had, from our end, the technical team from UAE, which were based there, and the producer and the field director and the DOP, that’s all.” 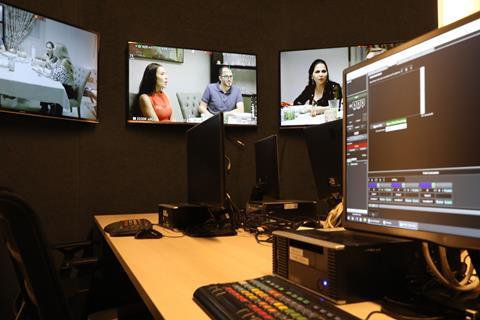 It featured two audio mixers (Yamaha small mixer mg06x / large Yamaha mixer / medium Soundcraft mixer) which connected directly into the PATH platform and could be used instantly with the team on site.

Notably, they had three NUC computers (plus a spare) which were provided by Ionoco and a laptop used to configure the PATH system. These were connected to the router, though they can also connect with a mobile connection, along with an 888 Sound Devices Mixer, a 664 Sound Devices Mixer, as well as mics, receivers and earpieces, all hooked up to PATH.

Ingram explains that Ionoco provides kit that is software/hardware that sits around the cloud platform. These Home Kits come in a mini or full version – the former was used by ITV for Come Dine with Me.

“They are a small computer with an HDMI or SDI interface which can plug in a broadcast camera to get the video feed into the platform,” Ingram adds. “We also have a pro kit, which is the same computer and device but built into a much larger box with a built-in screen, wireless in ears wireless lavalier microphone and remote control for lighting.”

Ionoco installs the software on the Home kits and then sends them to the users, who then plug them into existing systems and can connect to PATH. They also sent studio relays for the team in Beirut, and then, once this is all connected, they had access to a live feed, coming from the location, and a return feed from the gallery, plus two-way audio feeds.

This included when candidates would go to another room in the contestant’s home to talk to the camera directly. This allowed the creative team to develop more storylines or to make editorial decisions within an instant.

With a few other precautions, including sanitising all of the shooting locations, making sure everyone wears face masks where appropriate, and PCR tests for candidates (who were unmasked during shooting, as it is a show where people eat food), ITV Studios were able to shoot the equivalent of four episodes a week (the fifth is a highlight show).

The implementation of PATH and ability to go into candidates’ homes was vital. The creative team had an alternative plan, Mandour explains, which would see all of the candidates come to one location with a kitchen and cook there.

“We had a plan B, whereby we’d bring one fixed location that we can control, and we we would have the talent come in,” she adds. “But we would be losing part of the content because it’s also the gossip about their house and their cleanliness and so on that makes the show. We called a pool of our candidates – around 30 - to ask them if they would be okay for us to go film in their rooms. And fortunately, they were.”

Mandour says she would use the system again. “I feel that this platform could definitely be used for other shows. There are shows that would be much simpler than Come Dine with Me to produce on this platform. Normally, you’re in a controlled environment - every day, in the same location, so you can secure your internet connection, which makes it easier.

“Also, securing a very good internet in the candidate’s homes, or using 4G, routers, and so on, you have that risk that the connection is not going to be stable. But, when you’re in upload, I would see like a game show being produced very easily with the PATH platform.”