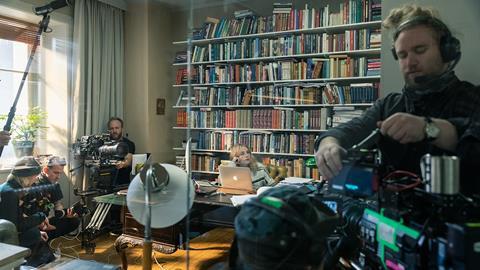 Behind the Scenes: Love & Anarchy

For the team behind Netflix show Love & Anarchy, HDR with Dolby Vision gave the opportunity to explore the kind of textures and subtleties that “made all the difference”. 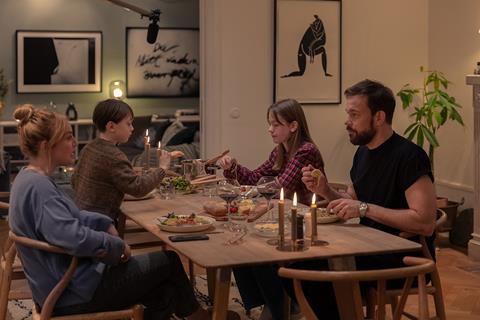 Scandinavian drama has been all over the international schedules and streaming services for many years with its high production values and inclination towards introspection. It would be fair to say that Nordic comedy has been rather less ubiquitous, but that could be about to change in the wake of Love & Anarchy, a Swedish romantic comedy that has been a resounding hit since it launched on Netflix in November 2020.

The series revolves around successful consultant Sofie and her work to restructure a long-established publishing house. Married with two children, Sofie’s life begins to change dramatically when she meets IT specialist Max.

Written and directed by Lisa Langseth, Love & Anarchy was given its distinctive look by a team including director of photography Ulf Brantås, who shared his thoughts on the production during a recent roundtable briefing.

Although the onset of the pandemic would ultimately lead to a hiatus in filming, Brantås recalls that the initial stages of production took place at an unusual speed.

“It was a very fast project in that it was only about six months from [Langseth] having the idea to the start of filming,” he recalls. “I was involved at an early stage because I had worked with the producers on another show, Quicksand, which was also shot here in Sweden.”

A series of conversations with collaborators including colourist Mats Holmgren about the “different ingredients” that might characterise the look of the show ultimately resulted in the “idea of shooting in HDR”. In particular, it was felt that HDR would enable a visual evolution in accordance with key characters’ story arcs – in the case of Sofie, explained producer Frida Asp in an earlier Dolby text about the project, “Sofie changes as her experiences get more extreme. She leaves her safe, carefully modulated life and, as things get more exciting and uncertain, she reacts in the way she looks – her makeup, hair, clothes, even how tired she looks. We could portray that with a lot more depth in HDR.” 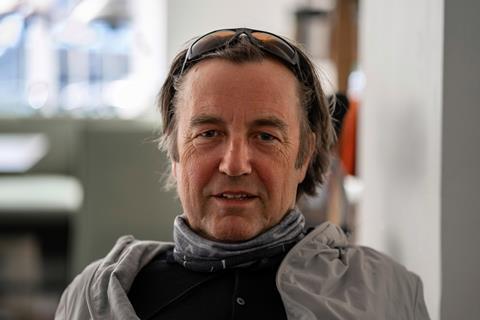 The proven capabilities of Dolby’s HDR format, Dolby Vision, and its consistency of results from production through delivery to transmission compelled the team to use the technology for Love & Anarchy. “It was an artistic decision but also a popular one,” recalled Asp. “Every department was involved with the tests, and everyone was enthusiastic about the chance to get this experience.”

Using Dolby Vision with both flair and restraint has undoubtedly lent the show a highly distinctive look – one that manages to capture both the ‘naturalistic’ look of a publishing house as well as the aesthetic of (in Asp’s words) “an urban photoshoot for a fashionable lifestyle magazine”. Small but salient details repeatedly catch the viewer’s eye – from burning candles to Sofie’s red lipstick.

“With grading in the HDR you could actually emphasise the redness and separate that colour to make it really pop out – and make the audience aware of the significance of [specific visual elements],” says Brantås, who underlines Dolby Vision’s ability to “really enhance the story – it’s a versatile instrument.”

The team also benefited from the ability of HDR to work well under a wide range of lighting conditions, which resulted in a “semi-documentary style” in which the actors were not dramatically lit. As a result, says Brantås, “the actors could go anywhere in a room. There was a lot of freedom for the director and actors to come up with something that looked interesting.”

The ability for the core aesthetic to be retained through HDR grading and trimming to SDR was another plus point for Dolby Vision. This was something that was noted both by himself and Holmgren who, Brantås recalls, “pointed out that one of the great things with Dolby Vision is that [a look you have created] in HDR can be carried into the SDR version – you are able to get that consistency from one image.”

Once in the grading suite, it was apparent that the use of Dolby Vision and an emphasis on “subtleties” had resulted in an aesthetic that was consistent whether viewed on an iPad Pro or monitors from Panasonic and Sony. As Holmgren recalled: “Normally, if you have three different devices you get three good results, especially if you push the gamut, but Dolby Vision HDR looks good in the same way. If you have a [Dolby Vision HDR- capable] TV at home, it’ll look like it did in the suite. The consistency is very important and that’s a new experience for me, to have the confidence that the work is being properly rendered by everyone. 510 nits in the grading suite is 510 nits in people’s homes. As a professional, that’s very satisfying.”

While tweaks and enhancements were made during post, Brantås confirms that “to a large extent the look shot in camera” – Panasonic VariCams in this case – was “retained for the entire grading. We really did not change a lot.” With the trim to SDR also being problem-free, it was a “very swift and fluent way of working”. 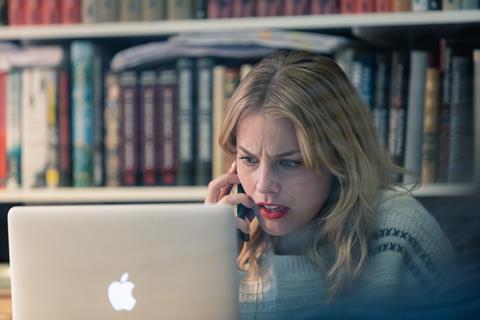 Symphonic subtleties
Although Covid-19-related delays meant an interruption in production that saw filming reach completion in June 2020, the 8-episode series was still ready to launch onto Netflix in November. Four months on from its debut, Brantås has had time to reflect on his experiences of HDR with Dolby Vision, and how they might inform his future projects.

The kind of options you get with HDR, he says, “are similar to a symphony orchestra and the range that you can have with all the instruments. You have access to all the overtones and subtones, but you don’t have to use them all the time.” HDR offers comparable scope for textural detail and colour in a way that “really complements the story being told”.

Buoyed by the experience, Brantås – whose previous credits include British TV mainstay Call the Midwife and acclaimed 2017 movie The Wife – will be recommending the use of Dolby Vision on his next project. This is expected to be a documentary series, underlining the fact that HDR can bring fresh depth to both fact and fiction.

In the long-term it’s likely to have a transformative effect on production. There will be a lot of scope “to make productions more detailed and epic, and all of the stories that you want to tell will expand [in creative possibility],” says Brantås.