Behind the Scenes: The King’s Man 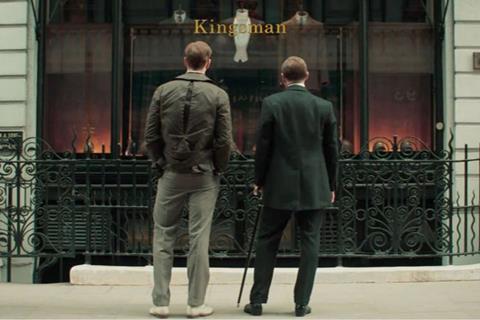 The prequel to the Kingsman spy capers, directed, produced and co-written as before by Matthew Vaughn, relates how the secret British agency was born in the aftermath of The Great Game and the build-up to the First World War.

“Most of the drama is set behind the front line and is about a relationship between a father and son,” Davis explains.

“There are nods to previous Kingsman movies in terms of framing devices and set ups that we needed to echo.”

Davis and Vaughn, who worked together before on Layer Cake, Stardust and Kick-Ass, hark back to classic British ‘colonial’ cinema including Zulu and The Man Who Would Be King with early discussions around shooting on 35mm.

Nonetheless, the signature kinetic action sequences are present, and it was felt that this was better achieved by shooting digitally.

In one large set piece, Lord Oxford (Ralph Fiennes) and his son (Harris Dickinson), the founding members of Kingsman, travel to Russia to assassinate Rasputin (Rhys Ifans). With this scene, Rasputin is established as a larger than life character and one with a sense of mysterious power whom we see executing very elaborate fight movies.

How it was shot
“The approach we took from the start was to develop a look and a movement more in keeping with classical cinema and relevant to the period of the story,” explains Davis.

“Firstly, we wanted a widescreen approach by employing big sweeping crane moves and dolly and tracks with longer lenses. The cutting pace is not frenetic. Instead, we want the audience to step back and watch the film as opposed to having an immediate handheld ‘in-your-face’ style.”

Ben Davis: ”We wanted a widescreen approach by employing big sweeping crane moves and dolly and tracks with longer lenses”

Davis’ main camera is the ARRI Alexa 65 combined with Panavision Ultra Vista lenses (chosen because they could cover the full sensor). He used this package to film the preceding scenes of a large dinner and dance in formal style, the camera always tracking.

“We’re trying to deliver scale and a sense of occasion,” he explains.

“The audience is being invited to sit back. We’re on longer lenses. The camera moves are elegant. Then suddenly in the fight sequences the camera is very dynamic, there’s lots of energy and it is moving around with the characters – either physically connected to the actors or up close to them. The audience is meant to feel in harm’s way.”

All exteriors and interiors for the scene were shot in Turin with buildings including Racconigi Castle, the Reggia di Venaria and the Royal Palace, composited into a single location. 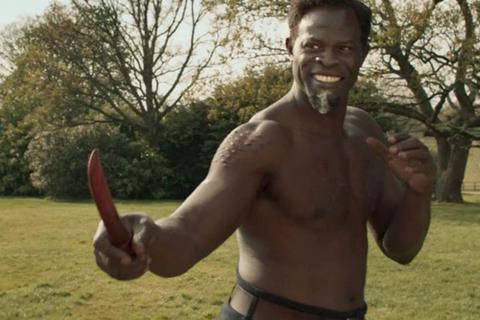 The scene was thoroughly rehearsed or ‘stunt-vized’, giving Davis the luxury of time to plan.

“If you’re doing a superhero movie then action sequences often need to be prevized because the character is moving in a way that is clearly not possible if the character is human. In our film these characters don’t have superpowers, so it is preferable to use stunt performers.”

In this case, the production hired a pair of specialists in Russian dance and fighting technique.

“We filmed the stunt rehearsal, cut it together and then reviewed, analysed, adjusted it and shot again and then again until we were happy with the way it was executed. That was just the basic framework for principal photography, but we knew going on set how it should be.”

Davis, who has also shot Captain Marvel and Guardians of the Galaxy, adds, “I tend to find that watching most comic book movies, the action can blend into one big noise.

”The action scenes can be the least memorable parts of the drama. I always want to deliver action sequences that have character and that don’t use the same gimmick each time.”

For the action in The King’s Man he required cameras which were smaller and lighter than the ARRI 65. At the same time, he aimed to shoot at the highest resolution possible. “It’s a battle between camera size and resolution,” he says.

Stunt cams
Some of the early stunt rehearsals were shot on very small low-resolution cameras and these were rejected.

“That’s when we went to the Blackmagic Design Micro Studio Camera 4K. In action sequences, where the camera is moving dynamically, what is important is that you have the resolution required so that when you project onto a large format you have images that are going to bare up to scrutiny.”

‘The colours are quite muted – olive green, browns, greys, crimson. I felt it very important not to force a false aesthetic on the period’

Other cameras for the scene including an ARRI Mini LF and a BMD Pocket Cinema Camera 6K were mounted on Ronin 2 rigs or handheld. Sweeping moves across the sequence was also captured on crane.

“One way of shooting an action scene is to throw cameras at it and shoot handheld – I’ve done many fights that way. But in this case, we know what the edit is. Everything is carefully worked out.

“A shot may only be 12 frames long but it’s part of the jigsaw you’ve designed. The drawback to this approach is that once get into the edit you have one way of cutting – you are limited to what you can do with the cut. Your editor is given the pieces to assemble, they only have one way to put them together.”

Colour: Compared to previous installments which are saturated with high contrast, this film stays honest to World War One era

“We made a rough assembly of the scene on set so that we could be sure we’re getting what we needed,” he says.

Colour for the film was largely dictated by the film’s period setting.

“The previous Kingsman films are saturated with high contrast. We wanted to avoid that and stay honest to the World War One era. We were guided by the dyes that people used in uniforms. Clothes tended to be handmade, not mass produced. The colours are quite muted – olive green, browns, greys, crimson. I felt it very important not to force a false aesthetic on the period.”

An opening sequence takes place during the Boer war and leads into the trenches of WW1, filmed in west London and Pinewood.

“It was hard to get the balance of this film right tonally,” he concedes. “The story is international in scope with a sense of seriousness which befits the subject but shot through with a distinct modern sensibility and the wit of the Kingsman.”