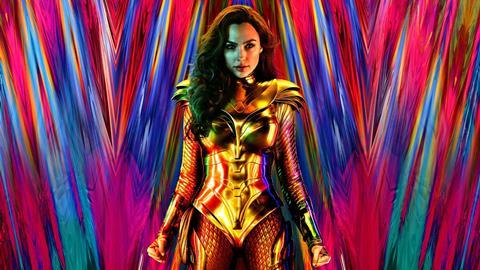 Behind the Scenes: Wonder Woman 1984 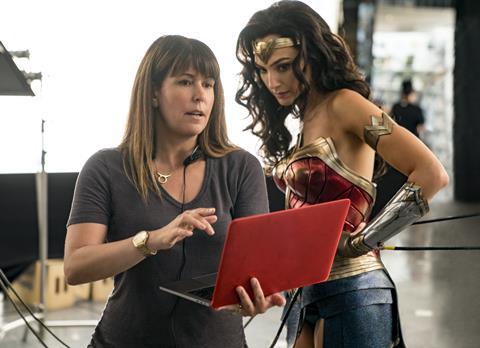 Wonder Woman 1984: To be released on HBO Max on the same day it hits theatres

Three years after she crossed the trenches of no man’s land in World War I, Princess Diana of Themyscira returns to face the nuclear tensions of the Cold War, a new enemy and New Order on the soundtrack, in Wonder Woman 1984. Gal Gadot’s superhero is pitted against wealthy TV personality Maxwell Lord (Pedro Pascal) and an archaeologist turned warrior cheetah (Kristen Wiig), this time in the era of shopping malls, breakdancing, and big hair.

As with 2017’s reboot, director Patty Jenkins has taken the 1980s incarnation of another DC superhero as her main touchpoint.

“The first Superman film starring Christopher Reeve in 1978 very much affected her,” says the film’s editor Richard Pearson of Jenkins. “Superman and Wonder Woman share similar qualities of having a higher moral ground and a caring attitude to humanity. After all, they are not of this world.”

Much of the discussion which Pearson had with Jenkins centred on establishing Wonder Woman and her alter ego Diana Prince as a character.

“She is this luminous evolved person who is not all about strong-arming people to her will, but about dealing with things with a superior emotional intelligence. That is something we can all learn from.

“For me the character’s superhero powers stem from her compassion,” he continues. “She’s not just smart or capable of heroic combat, she is here to help us. She is also deeply in love with Steve Trevor (Chris Pine) so she’s got this very human side to her making her much more comparable to Superman than Batman.”

Richard Pearson: ‘the essential point is that she is a strong character regardless of gender’

Jenkins believes that empathy is one of the things that made her the right voice for the Wonder Woman franchise. “That’s my favourite thing about her,” she said in an interview with Vanity Fair. “Heroism involves keeping your love and compassion intact while you try to change the world. It was one of the things I felt the most passionate about because it was something that I loved about her growing up.” 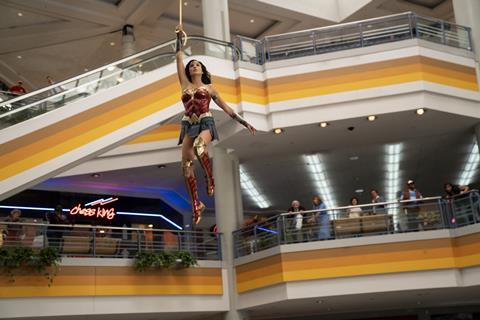 Pearson: ”When we see Wonder Woman flying around the mall it’s really Gal Gadot on cables”

Taking the reins
Pearson was invited to the project when Martin Walsh, who had cut the first film, became committed to making Artemis Fowl for Kenneth Branagh.

No stranger to big budget action, having edited Iron Man 2, Justice League, Kong: Skull Island and Godzilla: King of the Monsters, Pearson says he responded to the humour and drama of the script.

Much was made of Jenkins’ as director and Gal Gadot’s lead as the first major recent superhero film to be headed in front and behind the camera by women. Any negative perceptions the industry may have had dissolved quickly as the box office rocketed past $800 million.

According to Pearson, the sequel doesn’t tread heavily on the politics of gender equality. “Our lead happens to be female but the essential point is that she is a strong character regardless of gender. I don’t think there’s anything overt about wanting to make this a strong feminist story, or any direct intent to subvert ideas of patriarchy. She is here to look after us mere mortals.”

Pearson went on location with the principal filming unit in the summer of 2018 first in Washington DC, then Warner Bros. Studio Leavesden, and a period in Fuerteventura in the Canary Islands.

“Some directors want to see cut footage every week; they find it a helpful part of process,” he says. “Patty preferred to concentrate on the day to day of shooting and that was fine by me. I said to her, ‘I’m the lighthouse keeper. I’ll be there to make sure it’s ok and if we come toward the rocks I will let you know.’ If there’s a structural issue with a certain part of the script that becomes apparent as footage is shot it’s much easier for everyone if you can address this on location than realise it in post.”

Other locations included Almería in Spain and the Masca Valley in the northwest coast of Tenerife. This was shot from helicopter and used by the VFX team as backplates of the planet Themyscira.

Big screen action
Like the 1980’s Superman movies, both Wonder Woman films are shot largely on 35mm with extensive practical effects, although the original plan was to shoot the entire film on large format 65mm. That proved too expensive but there are two set-pieces shot in IMAX at the beginning and end of the picture.

DP Matthew Jensen ASC employed a variety of cameras including Arriflex 235 and 435 and Panaflex Millennium XL2 for 35mm,  the IMAX MSM 9802 with Panavision Primo glass as well as Alexa 65 for an underwater section in the opening IMAX sequence, and Alexa XT for a scene at the Lincoln Memorial at night.

Mixing 35mm, 65mm and IMAX formats and aspect ratios (2.39:1 of anamorphic 35 mm and IMAX 1.90:1) led to an all-4K release to blend the transitions. Wonder Woman 1984 sent its film negative to FotoKem LA for processing, then scanned that footage at 2K as a temporary resolution for dailies. The negative was rescanned at 8K for visual effects work. Non-VFX 65mm was also scanned at 8K for the digital intermediate. The movie’s various distribution formats include 2D 4K IMAX, and Dolby Vision 3D.

Wonder Woman: To be distributed in 2D 4K IMAX and Dolby Vision 3D

One of the most striking aspects of the film is its technicolour palette. In contrast to the first film, which Jensen also shot, this time the DP was at pains to let the set design and costumes do the work.

“For [Wonder Woman] we were dealing with a desaturated world, in terms of the sets and wardrobe, and had to re-introduce colour,” he said in an interview with ICG . “Here, my basic philosophy was to light the actors in a clean, neutral, and glamorous way while keeping those bold colours in the background; we wanted the actors to stand out from that environment, without overloading the visuals with an assault of neon-type lighting and colour palette.”

He also harked back to eighties cinema classics, particularly those of Steven Spielberg and his preference for unflashy camera moves, to let the action unfold in-camera rather than through cuts.

Wonder Woman 1984 opens up in giant stadium on Themyscira [in scenes] for which Pearson worked in previz and postviz with the VFX editor to build the story.  Dneg and Framestore are the lead VFX vendors on the project.

“In truth, though, Patty did a lot of practical work. When we see Wonder Woman flying around the mall it’s really Gal Gadot on cables,” Pearson says. “Those kind of effects can look canned or stilted, but in this case the camera work, the set design, the direction and the grade all blend to create something magical.”