Branding channels in a multi-platform age

Linear channels are having to work harder to entice viewers, with the branding of channels one area of focus.

UK broadcaster ITV ushered in the New Year with a raft of new idents as part of a refresh of its on-screen identity – the first in nearly six years. 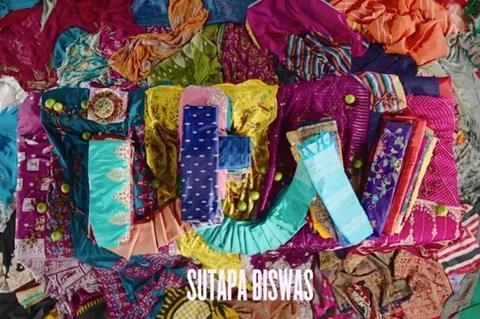 The idents will change every week, with a different artist creating a piece of work based on the ITV logo in a bid to demonstrate the broadcaster’s creativity and, as ITV Creative executive creative director Tony Pipes, explains, “reflect ITV as a 21st century broadcaster”.

It follows BBC2 and Channel 4’s major rebrands in the autumn, motivated by the aim of sharpening up their image in the face of increasing competition, particularly the growing market share of OTT streaming services.

With the average BBC2 viewer now over 60, the BBC admits that the rebrand was all part of an urgent need to appeal to younger audiences.

In what was the channel’s first major rebrand since the 90s, in-house agency BBC Creative worked with brand agency Superunion to develop a rebrand based around a series of idents which offered a diverse selection of vibrant colours and moods.

Out went the literal physical representations of the figure 2 and in came a series of simple, eye-catching curves.

Superunion executive creative director Stuart Radford explains: “Collectively we’ve developed a new approach that reflects the breadth of emotions evoked by BBC2’s content. Our diverse idents are all unified by the iconic curve of the numeral two.”

Channel 4’s rebranding exercise faced a much wider challenge – to unify the entire digital channel portfolio consisting of More4, Film4, 4Music, 4Seven and E4 whilst maintaining their strong individual brand personalities. The new logos all incorporate the iconic 4 more prominently, emphasising they are all part of the Channel 4 family

So what do the BBC2 and Channel 4 rebrands tell us about branding linear channels in a multi-platform age?

Sharpest tool
4Creative Group Business Director Matt Berry declares: “As the C4 rebrand shows, linear channels have had to adopt a more focused approach to branding where every interaction reinforces the master brand. The variety of content options for audiences today means we’re all in a battle for prominence, and branding is one of the sharpest tools in the box for ensuring the brand is as visible as it can be.” 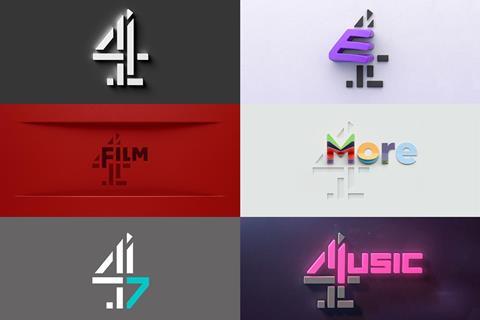 “Battle for prominence”: Channel 4 rebranded its channels in 2018

Berry adds: “The OTT networks have placed emphasis on effortless user experience, enabling viewers to get to the content they want to watch as quickly as possible with limited interruption and their lighter touch, shorter length approach to branding is being adopted by linear players too.”

Superunion’s Radford adds: “The way we consume TV has changed. Now the viewer is in full control. We expect to be able to watch something immediately and, with that expectation, comes the need for speed, killing the traditional 10, 15, 20 second ident that you would see on a traditional TV set.”

“The future of idents is speed,” he insists.

“Watch a Netflix show and you’ll see an ident, you know the one, the word ‘Netflix’ emerges out of a white background to a two note sound signature. It’s over in just three seconds. Any longer and the viewer would demand a ‘skip ident button’ – you can even skip a show’s opening title sequence now.”

“They need to be if they are to work effectively across the multitude of touchpoints, from on-air brand expression in things like continuity idents and promos where there’s time for storytelling, through to the app icon on your phone.

“It’s so much more than just the logo – you need to deploy the whole range of integrated branding tools, including colour, type, and sound to ensure the brand is delivered in a unified way wherever people are seeking out content.”

Andy Bryant, managing director of creative agency Red Bee recalls the creation of a new visual identity for BBC Three, which was moving from a linear channel to an online-only brand.

He says: “We realised very quickly that, in an online-only world, it’s as important for a brand to work as a distinctive identifier in the smallest spaces (a “stamp” on a thumbnail image for example) as it is to work as a visual identity on the main TV screen.

“That experience has continued to inform much of our current thinking about linear channel branding, because the vast majority of linear channels no longer appear in glorious isolation. We have to think less about “channels” in the traditional sense and more about multi-screen, multi-platform content brands.”

But it’s important to remember that well established linear channels have a big advantage in that they offer viewers something they really value – curated content which gives respite from the constant challenge of what to watch.

Says Bryant, who co-authored of the book The TV Brand Builders: How to Win Audiences and Influence Viewers: “It’s seductive to think of a world of content on demand, offering us unlimited choice, but actually human beings find choice quite stressful and we all need cues or short cuts to help us make decisions.”

“Distinctive and relevant channel brands are valued by viewers if they offer a clear short cut to help them choose what to watch. To get to this, we ask two very simple questions: What does the audience want? And what can our channel uniquely provide? If you can find a compelling thought at the intersection of these two questions as Red Bee did, for example, when we worked with UKTV to create the Dave brand ‘The Home of Witty Banter’, then you’re on the way to a successful channel brand.” 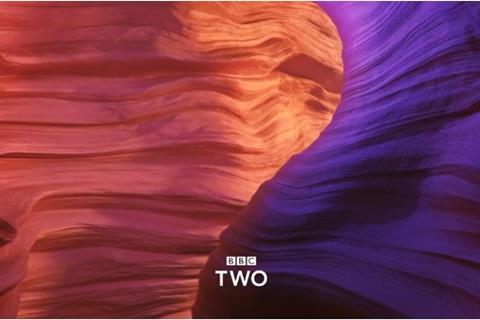 Bryant wonders how successful the admittedly striking and visually distinctive BBC2 rebrand has been at representing the channel in the online world.

“We have yet to see how the BBC intends to carry through the visual identity to all the other places in which BBC2 content is available to view, notably their own player. The thinking feels quite traditional compared with the way in which E4 has been rebranded.”

Superunion executive creative director Stuart Radford emphasises how important it is now for branding to be both consistent and effective across all platforms, from traditional TV to digital platforms and third party digital experiences.

“Things get much more complicated when a channel’s content is available on a third party platform, such as Netflix. Netflix is often credited for shows that have actually been created by a linear channel, highlighting the fact that brand attribution is a growing issue.

“So although the channel’s space for branding is limited, it’s vital for all linear channel brands to ensure their brand is associated with their programme on third party platforms.”

Compared to the emphasis put on distinctive channel branding by linear TV the branding efforts of big OTT services such as Netflix and Amazon has been a little more prosaic.

Says Red Bee’s Bryant: “It’s remarkable how similar the vast majority of them are, across the globe, in terms of UI design, look and feel. They are almost always black, almost always have a logo top left, almost always have very few other visual assets to distinguish themselves. Very few have yet established what you could describe as a brand personality and at Red Bee we believe this will be a huge area of opportunity over the next 2-3 years.”

As competition intensifies, the need for differentiation increases over and above a simple arms race to the best libraries of content. Bryant concludes: “The most successful channels and platforms will be those that offer viewers and users a very clear and differentiated brand proposition, distinguished in the market by unique and relevant brand identities.

“If they allow themselves to be defined simply by their key programmes and content, that may sustain subscriptions and ad revenue in the short term, but longer-term success will be dangerously reliant on a never-ending pipeline of great content, backed up with significant marketing investment.

“The brands and platforms that go beyond this and offer a consistent and appealing consumer proposition, personality and identity across all applications are those most likely to achieve long-term success.”