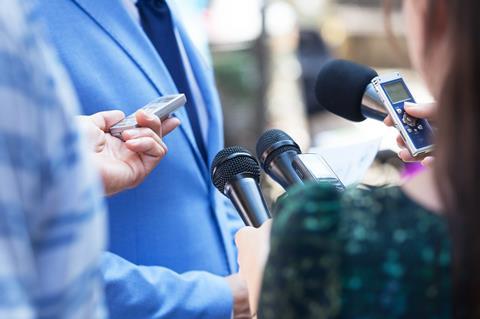 BBC News, Deutsche Welle, France 24 and Voice of America have collaborated to launch +90, a Turkish news channel on YouTube.

The objective of the channel is to provide independent and trusted information to Turkish speaking users living in Turkey and abroad.

The Turkish government has been accused of stifling the press, with the European Parliament concluding that since the 2016 failed military coup “media freedom in Turkey has deteriorated rapidly”.

The four broadcasters will contribute selected video content to build the channel where users will have the choice of content covering international politics, business, social issues, science and culture.

BBC World Service group director Jamie Angus said: “BBC Turkish has a simple mission — to have our independent and trusted news content seen by as many Turkish-speakers as we can reach.

“For YouTube audiences, it makes sense to bring together a lot of great content in one place, alongside other news providers who share our approach and so we think this project will attract fresh interest from new audiences who haven’t engaged with us before.”

Deutsche Welle (DW) director general Peter Limbourg said: “With the unique joint approach that is +90, we are reaching out to Turkey. There is great international interest in this country.

“We would like to contribute to a better understanding by offering a platform for dialogue and involving the audience in ways we haven’t done before.”

The four broadcasters have championed independent journalism in the region and +90 aims to harness the digital and online platform to engage and connect with broader audiences including the younger digital-native generations.

She said: “This is particularly true for the younger generations. But the advent of online platforms has also seen a surge in fake news, one of today’s great banes.

“In this environment offering certified, verified information is one of the core missions of France Médias Monde. That is precisely what compelled us to join our European, British and transatlantic partners and become an associate partner in launching +90.”

Voice of America (VOA) program manager South and Central Asia division Eric Phillips added: “We are supporting +90 because we want to create truly impactful content and conversations that matter.

“VOA’s approach is digital first and via YouTube we hope to reach young, influential people. It is paramount that they can express their opinions freely.”

VOA provides news and information to worldwide audiences in more than 40 languages.

The +90 channel videos are available on-demand and the programmes premieres include: