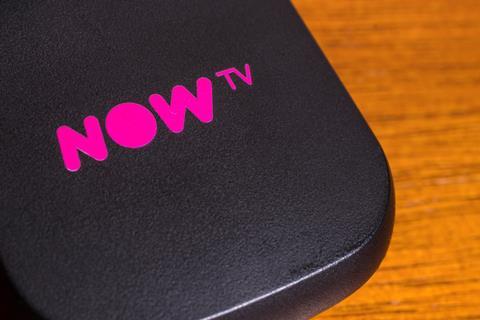 BT has partnered with Netflix, Amazon and Sky to offer aggregated TV packages across sport, film and entertainment.

The new flexible TV packages allow BT’s TV customers to select from a range of content bolt-ons that can be adjusted on a monthly basis.

The British telco has partnered with Sky-owned Now TV to integrate the service fully into BT TV, meaning customers can watch, pause, rewind and record Sky entertainment and sports content on its platform.

This adds to existing partnerships with Netflix and Amazon Prime Video, which have also been integrated into a content package which will be billable through BT.

In turn, Sky will be able to offer BT Sport directly to all its customers from 21 February as part of the deal.

The revamp sees BT scrapping its traditional pay-TV packages in order to keep pace with OTT streaming services such as Netflix and Disney+ by offering more flexibility.

Marc Allera, chief executive of BT’s Consumer division said: “Our new range of TV packs bring together the best premium services, fully loaded with a wide range of award-winning shows, the best live sports in stunning 4K and the latest must-see films – all with the flexibility to change packs every month – with quick and easy search to find what you want to watch.

“So now with a click of a button, you can take out the Big Sport package to catch the top Premier League fixtures one month and swap it for VIP for a rainy school holiday with the family the next.”

BT is also offering bundles with its superfast fibre offering. The services run through a BT TVset-top box with pause, rewind, and record functionality.

Bolt-ons can be changed through the My BT app, with BT promising to stop out of app charges.

The announcement marks what “feels like a last-ditch effort to be successful in TV” for BT, according to PP Foresight analyst Paolo Pescatore.

“Aggregation is the holy grail. BT has done a superb job of introducing some novel features and bringing together key services all in one place. This will strongly resonate with users.

“However, it is unlikely to pose a considerable threat to Sky who in turn will be able to bundle BT Sport into its own packages. In the future expect this new TV platform to be bundled with BT Halo which will further strengthen its premium convergent offering.”

The announcement comes as pay-TV operators are looking for ways to tackle the growing challenge of SVoD platforms. In 2018, streaming services surpassed pay-TV subscriptions for the first time in the UK, according to Ofcom.

Sky launched Now TV in 2012 in order to compete with OTT services, but with the launch of Disney+ due next month, the market is becoming increasingly competitive.