Calling the shots on diversity

Women are under-represented in all areas of broadcast, from leadership roles at hardware and software firms, to directors and script writers, camera operators and engineers.

The Hollywood Diversity Report 2018 [Institute for Research on Labor and Employment (IRLE) in the UCLA College Division of Social Sciences], which looks at the bottom line in diversity in the Hollywood entertainment industry, shows that relative to that of men, roles held by women rose in most key employment areas in film and TV broadcast in the 2015 to 2016 period. The exceptions were in film directing, broadcast scripted show leads, cable scripted show creators, and broadcast scripted show creators, with the latter holding its ground but the other three falling behind previous figures.

One direction
The Hollywood study showed that women are underrepresented by more than seven to one among film directors (6.9%), and nearly four to one on film writers (13.8%). Indeed, the report states that: “…the only arena in which there has been any significant progress is for women film directors, though women were still woefully underrepresented in this arena. Meanwhile, women have gained little ground among the ranks of television directors.” 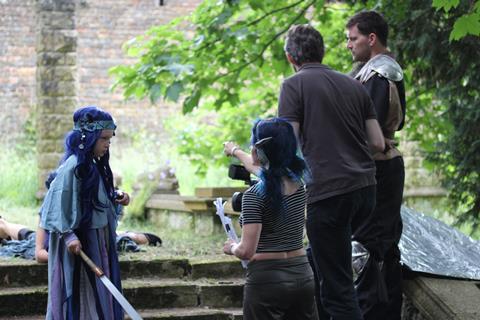 Cecily Fay is a British filmmaker, both directing and producing her own films, as well as an actress and physical performer.

On how often she encounters other women working in directing, she comments: “I have been involved in the film business for 18 years and in that time, I’ve encountered only one other female film director amongst many male directors. I have also worked in children’s TV; in that genre there seems to be a more balanced gender ratio.”

On why there is a lack of female film directors, Fay says: “Unfortunately I think that there is still a negative stereotype that women might be able to direct something for children but are not taken seriously when it comes to directing an action film, for instance.”

Fay feels there are a number of factors barring more women from becoming film directors. “I think there are very intrenched attitudes from some companies who finance films - like an old boys’ club – that’s very hard to break into and be taken seriously as a woman,” she explains. “Also, there are not that many famous female film directors to look up to or be inspired by, so maybe it seems like something that out of reach.” 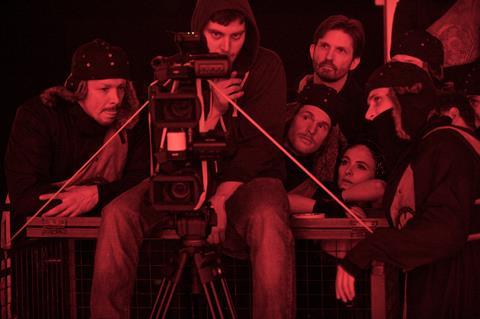 What is needed is women helping other women, a practice Fay is already involved in. “In my work, particularly my latest film Flower Of Sarnia, I have tried to create a platform for women in the many different roles of film production,” she states. “The more women given a chance to excel will help inspire others to follow. If more people took this approach, in time it would help normalise attitudes towards women in the film industry.”

Jessica Sheehan is a freelance coordinator and producer. Her personal experience of trying to get into the directing side of live sporting events is a stark illustration of the sheer lack of women in this area. Sheehan explains: “I work with many different host broadcasters around the world. Bulgaria is the one and only place that I have worked with a female director within live sports production of indoor volleyball. Although they exist, I have yet to meet a female director in the other sports I work in, namely road cycling, motorsports and football.”

Sheehan has recently been one of the first students to complete the NFTS Live Sports Production with Live TV Simulator short course in association with HBS Broadcast Academy. She took the course to increase her experience in live directing, as well as increase her opportunities for this role. She feels training is key for women. “More training needs to be given to women. It is hard to get into directing because you are on the job from day one. You need to be extremely confident about your role in the truck. People are unlikely to take a risk on a person in such an important position and therefore opportunities are less available.”

HBS Chief of External Relations, Lise Cosimi, says there are a lack of video directors in the sports arena: “There is one woman in France, just one, and she does tennis and that’s it. Women sports video directors are very hard to find. It’s difficult to find engineers and camera operators as well. Any roles in live production tend to lack women.”

Another view comes from Fiona Donald, who holds a NFTS Diploma in Cameras, Sound and Vision Mixing. “I work with many other women in television, fewer in the camera department rather than production or other areas, but none the less, still a lot represent cameras,” she says. “In my experience, I do not feel put off to be working in TV and don’t think others should be, as I think there is no question on your gender but your skill for the role at the time. When I did my training, I was the only female, but the NFTS in the following years has had many more.”

”Women shouldn’t be judged by their gender. We should be judged by how capable we are at our work, and by the results.” – Yennis Cheung, Screenwriter and Actress

Writing the female experience
On writers of newly scripted shows, the Hollywood Diversity Report 2018 stated: “…women show creators were responsible for only 15.6% of the new scripted shows debuting in the 2017-18 television season. This figure represents a step backwards for women in this arena, as the group’s share of show creators in the broadcast scripted, cable scripted, and digital scripted arenas were all higher during the 2015-16 season”.

Yennis Cheung is a Hong Kong born, UK-based screenwriter and actress. Her most recent project is Chinese Burn, taken up by the BBC as a pilot, with plans to create a full series. “I’ve been acting for a while, but only became a screenwriter about two years ago, so I consider myself a new writer,” Cheung says. “The first production company that took on the comedy project Chinese Burn, which I co-created and co-wrote, was Roughcut TV, then the BBC commissioned us. Luckily, both companies employ quite a lot of female staff. 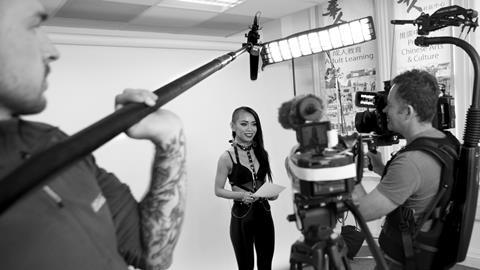 Yennis Cheung: On the set of Chinese Burn

“So far, I have not encountered many female writers in the industry, however, there are a good number of female producers employed by Roughcut TV,” continues Cheung. “My co-creator and writer Shin-fei Chen, and our script editor Barunka O’Shaughnessy, are female. In addition, two of the commissioners, Sarah Ashante and Alex Moody from BBC comedy who we are working closely with, are also female. Therefore, I would say I’ve encountered quite a lot of women working in the same area.”

As to what puts women off, or prevents more of them, from working in broadcast, Cheung states: “Treating female colleagues as sexual objects in the creative industries – and a culture which allows it – is a current talking point. Obviously, such behaviour, and the idea of it, can put women off working in the industry. Aside from that though, there are other things that happen in this industry which be off-putting to women. I’ve heard some male writers and producers say that they think they can actually write about female stories better than female writers. The concept of men thinking they know better than female writers how to write about women is a bit perplexing. In recent years, the emergence of many more female writers, producers and filmmakers making shows like Orange is the New Black have helped depict more accurately women’s inner world. I think that is important if the audience is to relate to the material.”

However, Cheung believes things are moving forward in the right direction: “Things are changing in a positive way and I do have faith in the industry that is taking positive steps to move forward by hiring more female writers, producers and crew members. Women shouldn’t be judged by their gender. We should be judged by how capable we are at our work, and by the results. If more broadcasters and production companies are willing to accept more female-driven stories for TV and films, and more companies are willing to hire more female creatives, then I’m sure we don’t have to wait too long for gender equality in the creative fields.”