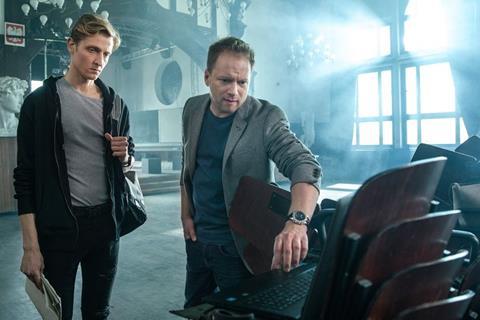 The owner of Pirate streaming site ysterajto.pl has been imprisoned after the site was found to have illegally distributed Canal+ original TV broadcasts.

The administrator has been sentenced to eight months imprisonment after the Canal+ television piracy team discovered the illegal distribution as part of its regular monitoring activity.

Episodes from season two of its original production Belfer were reportedly made available by ysterajto.pl without proper authorisation.

According to reports, the website administrator was asked to stop illegal activities, which were ignored as well as subsequent requests from the broadcaster.

The Canal+ piracy team obtained further evidence on the illegal operational activities, pointing to the owner of the illegal streaming website. Recordings and additional evidence were offered to authorities to make the arrest.

In a statement, the court concluded that the evidence and the circumstance of the act raised no doubt the website owner acted to the detriment of ITI Neovision SA – the operator of the Canal+ Platform.

A spokesperson from Canal+ piracy division said: “The website owner wanted to use the model in which most of the VOD pirate websites are currently operating, trying to avoid criminal liability. He intentionally did not share content through his own hosting infrastructure, only used video players of external services, embedding them on a website.

“In such a situation, law enforcement agencies were often powerless and accepted translations of the perpetrators, in which they informed you that all content came from external hosting services and were posted by users, which the website owners have no influence on.

“This is the first such an important judgment, which can become a reference point in subsequent such cases.”

Media2.pl reported the Polish piracy service was guilty of committing an offense under article 116 sections one and three of the act of 4 February 1994 on copyright and related rights.

Based on the evidence the website owner was given a sentence of eight-month penalty imprisonment.

In May 2018 another pirate was fined €36,553 and received a prison sentence of 10 months, suspended for three years, for pirating football matches shown by nc+ - the former name of Canal +.