Capturing the eyeballs of Generation Z

At eight seconds Generation Zs’ attention span may be short, but Jette Nygaard-Andersen of the Modern Times Group believes that it has cracked their viewing habits. 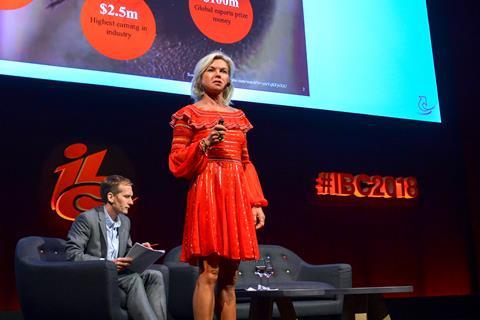 The Nordic media company has thoroughly researched the demographic that follows on from Millennials because in just two years the Swedish-based media company predicts that it will make up 40% its viewing audience. (Gen Zs are people born from the mid-1990s to the early 2000s).

Addressing delegates during Thursday afternoon’s session on reaching a ‘digital first’ audience, Nygaard-Andersen - EVP and CEO of MTGx Digital Video Content and MTG International Entertainment - said that the generation which juggles with up to six devices per day only wants to watch content that is hyper relevant to them.

“They want to be engaged; they want you to be authentic and they want to share the same values as they have.”

Nygaard-Andersen said that around 85% of Gen Z’s get their product and brand information via social media and their opinions are shaped online.

Brands such as Vodafone are already devising new initiatives to reach this demographic, she added, by partnering with eSports companies on a ‘Girls Who Game’ campaign.

“They went in and supported young female pro gamers and immersed themselves in the community. If you are able to tell value-driven stories like this then our superfans will become your superfans,” said Nygaard-Andersen.

“The complexity of being a media company has never been higher.”

She added that there was a big blurring between content generators and content fans among this new generation of viewers - 76% of whom have aspirations to turn their hobby into their job.

“Why do you need to know about Sasha? Because she’s your new media consumer: She’s an influencer, an audience and also a broadcaster,” Nygaard-Andersen said.

She added that such is the power of influencers like Sasha, they can earn up to $300K per post.

eSports has become a central plank of MTG’s focus, which is predicted to reach a value of $1.5bn by 2020.

According to Nygaard-Andersen MTG now broadcasts eSports on all social media platforms, mobile apps, gaming and VR platforms, which, she adds can be a complex operation: “Our most broadcast eSports event involved broadcasting on 70 linear and on demand platforms in 19 different languages. The complexity of being a media company has never been higher.”

As part of its strategy to straddle its traditional TV market with its new Gen Z demographic, MTG split its company into two separate entities earlier this year.

The Swedish company’s TV operations are now part of the Nordic Entertainment Group, while MTG will focus on non-TV related operations including eSports and digital video content.