Amelia Kallman reports from CES 2020 on the biggest trends and tech impacting the future of broadcasting. 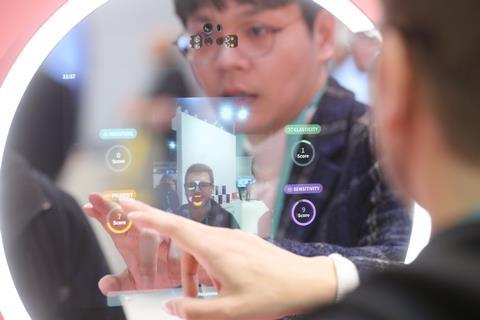 New technologies are rapidly changing human behaviour. In past years at CES there were times it felt like the tech companies and manufacturers were so intimidated by these changes that they just tried to pretend they weren’t there, making for lacklustre debuts, not to mention giant elephants throughout the room. This year felt different. This year I saw a more confident industry that was not only keeping up with new expectations, but also pre-emptively anticipating future behaviours, and driving innovation.

One hot topic media companies are finally facing head-on is the state of advertising. Panel after panel of industry leaders agreed that no one wants advertisement the way it is delivered today and a move towards a less disruptive approach is essential. With digital advertising spend overtaking analogue for the first-time last year at 52% (a trend projected to grow), media companies are trying to make it easier for advertisers to reach target audiences.

While Smart TVs that collect and correlate personal data through a user’s connected home network will help ads to become more personal and targeted, some media companies are trying another approach. NBCUniversal announced they are rolling out One Platform, a system for advertisers to buy and plan media buys across their digital channels. This also coincides with the launch of their own streaming platform, Peacock, that will be largely ad-supported.

Streaming wars
In 2020 you can sit back and get the popcorn out because the streaming wars are about to begin. Maximize Market Research (MMR) have recently reported that the video on demand (VoD) market is set to be worth $89.3 billion by 2026, an annual growth rate of 15.14%. ‘Cord-cutters’, or original streaming service adopters, might find themselves paying more than they used to to get the content they want from multiple rival media sites. Also, it seems that the conclusion to avoid adverts in streamed media will be for consumers to pay more money, as we do on services today such as Spotify. 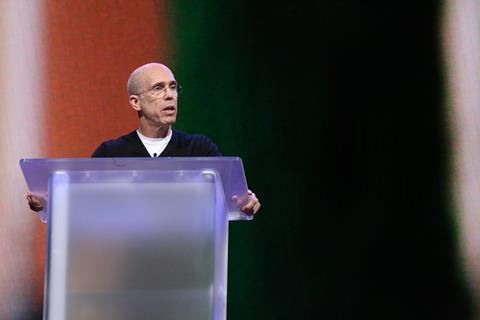 One new platform that plans to adopt this model is Quibi, a mobile-only streaming service specialising in short-form content (less than ten minutes). Launching in April this year, the service will be priced at $4.99 with ads and $7.99 for an ad-free version. Quibi, short for ‘quick bites’, will introduce a technology they call “Turnstyle,” which not only allows viewers on mobile devices to instinctively move seamlessly between landscape and portrait formats but also encourages this from content developers. The well-funded start-up counts among brand partners the likes of Google, Pepsico and T-Mobile, as well as onscreen and offscreen talent including Ben Stiller, Idris Elba and Lorne Michaels.

“But what if you are really into a Quibi series and want to watch at home with your family, landscape, portrait and all?” you might ask. Well, you are in luck because Samsung debuted their new Sero screen that rotates from horizontal to vertical for ideal mobile content viewing, future-proofing for the rise of the TikTok generation.

Overshadowing the Sero was Samsung’s The Wall Luxury, the biggest TV yet at over 7.4 meters. While this massive modular MicroLED TV with 8K resolution offers a stunning and immersive viewing experience, it doesn’t roll up and down like LG’s impressive OLED R series. Both the LG Gallery Series OLED and Panasonic HZ2000 OLED have incorporated Dolby Vision IQ into their hardware, which uses smart sensors to automatically adjust screens for optimal viewing based on environmental lighting conditions.

The biggest buzz when it comes to new TV viewing standards was Filmmaker Mode. Backed by the Directors Guild of America (DGA), the mode was announced by the UHD Alliance to be coming to TVs released in 2020 by Samsung, TP Vision, Philips, Kaleidescape, LG, Panasonic, and Vizio. 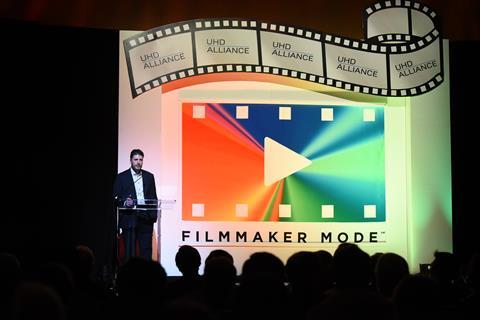 The mode is designed to make movies look better on TVs, showing films with as little motion smoothing and post-processing as possible. As currently many HDTVs have motion smoothing as a default setting creating an overly smooth picture referred to as ‘soap opera effect’, Filmmaker Mode will make it easy for people to view as the director intended and has received support from Scorsese, J.J. Abrams, and James Cameron to name drop a few.

Droning on
While some filmmakers and photographers complained that there wasn’t enough of their behind-the-scenes equipment represented at CES, one area we did see significant innovation in was filming drones. The Autel Evo II drone is a collapsible camera that can record 8K video and capture 48-megapixel images, storing 8GB and flying for up to forty minutes at a time. They also debuted the Autel Evo II Pro for better image capture in low light conditions, and the Autel Evo II Dual which incorporates a thermal imaging camera as well as the standard 8K 48MP camera.

For underwater filming, Qysea’s underwater robot cameras are omnidirectional and film in 4K. The FIFISH P3 is billed as the first cinematic underwater drone and is equipped with 1-inch CMOS sensor with adjustable distance focusing. The Aeronext 4D Gravity Drone films in 360, delivering seamless images for VR applications. It works by keeping the camera upright and stable, away from the flying parts.

Not a drone but worth mentioning is the Insta360 One R which allows you to swap out different lenses and sensors to film in 360, wide-angle, and 5K. The camera’s AI-powered object-tracking algorithm allows you to track people and objects during filming, while it’s unique editing software allows you to reframe shots and add pans to your 360 films.

When it comes to viewing 360 and VR, Pico impressed me with the debut of their new lightweight Neo2 Eye, a standalone VR headset with 6DoF (Degrees of Freedom), 101-degree field of view, and impressive real-time eye-tracking and calibration. Panasonic caught everyone’s attention with their sleek, steampunky prototype VR glasses. Weighing just 150 grams, these compact, almost fashionable, VR goggles use OLED microdisplays and may achieve up to 100-degrees field of view. The company says they have no plans to release them, but just their presence at CES established new design standards for industry leaders to strive for.

Overtaking VR’s spotlight this year were innovations in AR and MR headsets. Ximmerse’s standalone RhinoX MR glasses runs on the Qualcomm Snapdragon 835 chipset and offers a wide field of view suitable for multi-users, enterprise and entertainment. With sensors embedded in the headset, it anchors content to a user’s environment through their unique tag system. Rumoured to cost as low as $199, this could disrupt gameplans for heavyweights such as Microsoft’s Hololens2 and Magic Leap, both priced at several thousand dollars.

NReal, Norm glasses and MadGaze (to name a few) are all companies competing to be the first must-have fashion-forward consumer AR glasses. That said, all of their demos left much to be desired, and they all still feel more like prototypes than consumer-ready glasses.

My favourite VR demonstration came from a start-up in Eureka Park. The company Tegway has integrated its flexible thermoelectric technology into VR face masks as well as hand and arm wearables that bring the temperature into the Metaverse. I was able to have a snowball fight and feel the ice explode across my body and the same with fireballs. This adds a new level of sensory engagement to VR that is both invigorating and delightful.

While technology is always evolving, it’s great to see that the manufacturers and entrepreneurs are evolving too. Every year CES sets new standards and challenges, and every year consumers respond and vote through adoption and behaviour. This cycle of innovation only works when the industry is paying attention to the people, and this year they proved they are.