IBC365 contributor Amelia Kallman is at CES in Las Vegas to look at the latest consumer tech and the effect that it will have on the media and entertainment industry.

On the final day of CES, a collaboration between Bristol-based Ultrahaptics, software company Zerolight, and AR glasses, Meta, was named Most Innovative. 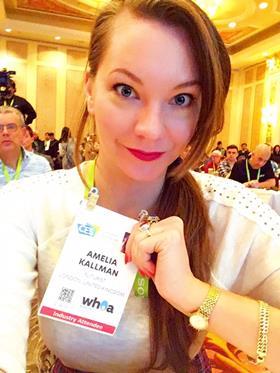 Wearing the Meta2 AR glasses, a car is projected in mid-air where you can use gesture control to customise the vehicle and dive into the engine. With great clarity from the Meta2, users also receive haptic feedback from Ultrahaptics sono technology, so you can actually feel everything that you see in front of you creating a truly powerful brand experience and a glimpse at what’s to come.

The program uses ‘the world’s first hands-free VR controllers’ so you can incorporate actual weights. The program automatically adjusts for you using AI and machine learning while tracking movements and correcting form.

Advocating the use of virtual reality in sports was Sir Martin Sorrell of WPP. He talked about how new technologies are disrupting traditional ownership models. He said his biggest take away of this year’s CES was the rise of China as key players of innovation.

Following his fireside chat was ‘Between Sports and Esports’, a lively panel debate that included pitcher for the Minnesota Twins and founder of Esports Labs, Trevor May, Rob Simmelkjaer of NBC SportsNorihisa Wada of Kayac, and ‘the godmother of esports’ and MIT professor, TL Taylor.

While there appears to be a huge overlap between sports fans and esports, with plenty of opportunities for cross promotion, TL argued that esports fans often come from the broader “gaming / geek culture”, and not to assume that they will fit into the established sports fan model.

In the crowded Las Vegas Convention Centre all the big players are showing off their new and coming products and strategies.

Many are showcasing the potential impact 5G, or 5th generation wireless, will have on our lives.

Intel’s 5G LED tunnel experience and immersive 360-degree autonomous vehicle driving simulation demonstrated how 5G will enable the connection of billions of devices, from cars to homes to whole cities.

The data collected contributes to a crowd-sourced map in the cloud, and that by the end of the year there will be 2 million vehicles on the road equipped with this mobilised technology, says Intel.

All the vehicles will update data to the map in the cloud making it available to the rest of the network. Intel will debut its 5G capabilities to the world at this year’s Winter Olympics.

Hidden inside the large Qualcomm booth was an audio showcase demonstrating a prototype of its premium sound-bar that can give viewers cinema quality sound at home.

Using Bluetooth it can even stream seamlessly from a mobile device. With a sweet spot of 1.5 feet, they aim to increase this as well as integrate facial recognition in order to deliver personal sweet spots to multiple viewers at once. For gamers, this also means that audio can follow you providing consistent quality wherever you move.

Also powered by Qualcomm is RetailNext offering solutions including Traffic 2.0, which goes beyond traditional tracking counting and conversion by giving retailers insights into how many shoppers are coming, who they are, where they go, what they’re engaging with, and if they aren’t buying, why not.

Their next generation sensor for shopper measurement, Aurora, is an all-in-one device built for the future of retail. Consisting of a stereo counter, live colour video, up to 30 days of recording, Wifi, and a beacon, it can measure and collect data from entrance, property, and mobile.

Another stand out booth was for the fake biotech company, Psychasec, which featured ‘sleeves’ of human bodies apparently available to purchase. The fictional booth was actually to promote Netflix’s upcoming sci fi show Altered Carbon, a series about a future world where humans can transfer their minds from body to body.

Variety’s Entertainment Summit kicked off with PWC hosting a panel on The Future of TV, featuring representatives from Fox, NBC, YouTube, Verizon, Neilson, and Awesomeness. 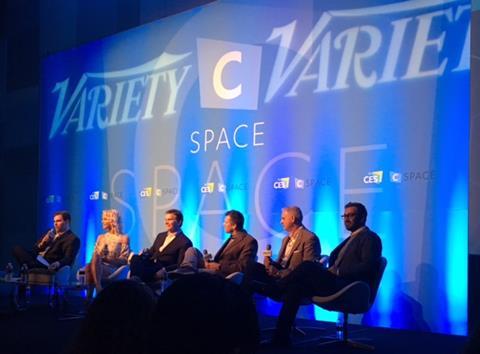 The definition of television has expanded, and ‘The Golden Age of Television’ is giving us more content quality and quantity than ever before, but 62% of subscribers still report struggling to find something to watch.

With so many choices, providers are starting to cater for niche viewer groups, though as a society there is an increasing need for content that unites.

The sports industry is a leading example of how entertainment can engage with audiences in more personal ways, across devices and touch-points, to meet consumer’s demand for instant, meaningful content.

Voice activation across all devices and things is coming, and when integrating AR and VR into our content plans we must consider the social impact and aim to bring people closer, rather than disconnect into solo realities.

In another panel on The Best of Brand Storytelling, the point was raised that the ability to generate ROI must shift from measuring efficiency to measuring effectiveness, and analysts are currently trying to work out ways to crack the problem of how to prove the value of things like authenticity and integrity.

Matt Derella of Twitter contributed a rousing speech about how to change the challenge of consumer indifference into consumer passion, siting the power of cross promotions, real-time context, and surprise as key elements towards success.

Meanwhile at the Las Vegas Convention Centre, STM Goods showcased how they can integrate AR into retail to give customers options for personalisation and product exploration to enhance brand engagement, provide in-store data, and drive sales.

With $50B in unproductive inventory and $30B of returns, Savitude is a retail business intelligence company that uses AI towards fixing this problem.

Instead of looking at women’s sizes, it focuses instead on shape, integrating into ecommerce sites to increase conversion +56% and reduce returns. Other interesting stands included Perch, bringing together the digital and physical, and VirtualAPT, showcasing how their entertaining AR shop window technology can also be a powerful data-gathering tool.

Otherwise the biggest news story of the day was probably the black out, though we’re happy to report, the lights did eventually come back on. 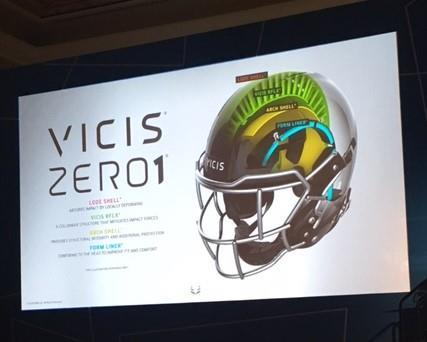 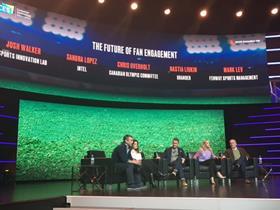