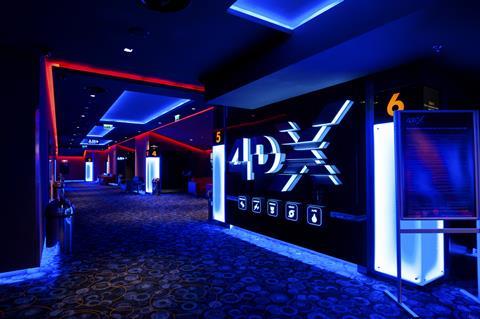 The company has vowed to offer the next-generation cinema experiences globally by increasing the number of its screens around the world to 750 by the end of 2019.

4DX is a multi-sensory cinema technology that CJ 4DPlex succeeded in commercialising for the first time globally. It provides a variety of special effects, such as moving or vibrating chairs, blowing wind and splashing water.

The technology gained wide popularity after Disney’s new Aladdin and Lion King films were screened on 4DX and became box-office hits, setting a record of three million viewers, the largest number of global viewers ever per month.

He said: “We plan to consolidate our position as the leading cinema technology company by operating 750 screens by the end of 2019.

“This will enable us to host 150 million moviegoers around the globe.”

CJ Group celebrates its 10th anniversary this year since launching its 4D technology in 2009 and has grown to operate in 675 theatres in 65 countries in this time.

The company has secured partnerships with 100 business operators to combine technology and culture.

In 2012, the company introduced another type of futuristic theatre called Screen X, which allows viewers to watch movies not only through the theatre’s front screen but also both side walls.

“We will try to solidify our status as the representative, global special theatre fulfilling the fast-changing needs of customers, and furthermore, leading theatre trends.”

The company aims to continue its expansion to establish itself as a global cinema brand with plans to commercialise the 4DX Flying Cinema and 4DX Recliner by end of 2020 with the aim of leading futuristic theatres.

The 4DX Flying Cinema is a theatre model that allows swing motion by hanging 4DX seats on top of support so that audiences can get an immersive experience.

The 4DX recliner allows viewers to feel the motion of the current 4DX in comfortable recliner sofas, according to the company.