Cloud hailed as saviour of post-production

The use of cloud-based services are helping VFX firms deliver higher resolution content and cope with the rising costs of running a post-production facility.

The facility has been established in a traditional manner with a dedicated shift in strategy to integrate cloud technology into a creative and efficient production process.

Jeremy Smith, Chief Technology Officer at VFX and animation company Jellyfish Pictures added: “We are starting to use cloud-based technology more and more.

“In additional to using our own infrastructure we are also using the cloud for everything.

”We do this for rendering especially, because rendering is a process which is incredibly laborious but necessary.

“It’s being amplified by all the 4K work we are being asked to do.”

Jellyfish Pictures specialises in VFX for television, film and commercials. Jellyfish worked on the VFX for the movie Kingsmen: The Secret Service, including a boardroom sequence with Colin Firth and Michael Caine.

Smith said: “We decided we wanted to work smarter not harder.” Making a strategic move to migrate more into the cloud for work flow efficiencies and to save production costs.

Setting up a virtualised and cloud based facility, Jellyfish adopted a hybrid approach to ensure rendering projects was flexible and scalable.

Smith explained the industry is at a point where current technology including cloud and storage functionalities “is an enabler rather than a hindrance”.

He said: ”We’ve seen in the past few years we are at that stage now where all the technology available, it is opening up new opportunities that traditionally was not even possible before.

“On the rendering side we didn’t want to throw away our own hardware we had on premises because obviously, that costs a lot of money. We wanted to augment that with cloud computing.”

Creating content for Netflix means working at a minimum 4K resolution, so “the data we are generating is massive”, Smith continued. A hybrid cloud business model offered a flexible solution to running an economically viable post production studio.

Championing the cloud, Fealy and his team work across offices based in London and Bristol, with a dedicated direct link, screen sharing and FaceTime meetings, save on expensive London overheads. 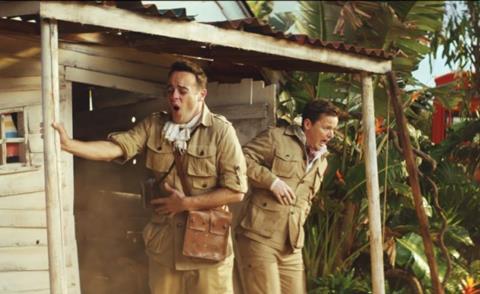 He said: “Work comes in through the London office, is it send directly to the guys in Bristol who work away on it. When they render the shots they come directly back to our timeline in London, so there’s no need for the import and export process, it’s pretty seamless.”

Decentralising their facilities Fealy and Smith agreed that integrating cloud technology is future proofing post-production, with a seamless user experience, remote working allows the best freelancers to be employed anywhere in the world.

Smith said: “The only thing you have to concentrate on is network connectivity. Bandwidth is getting cheaper and the compression and codex are only getting more refined as time goes on. It’s really changed the way that we work”

The change is business models has created new processes and efficiencies across rendering, with cloud technology offering the ideal solution to save on post-production costs.

“It has completely changed the way that we work. When it comes to needing certain resources we don’t have, the scalability of that is phenomenal,” Smith said.

Smith explained the benefits of using the cloud and confidently meet tight deadlines, a recent project required a 24 hour turnaround from HD to 4K by the close of play.

He said: “It was reassuring to know it was possible to fire up the cloud and be able to do it. 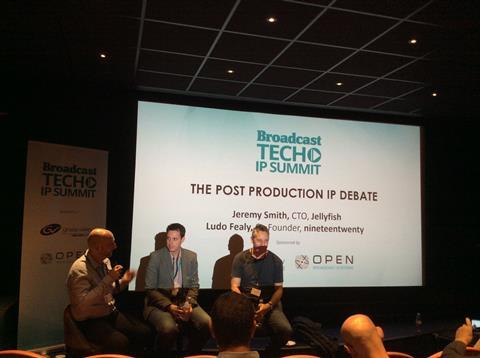 “Without the cloud and these ways of thinking there was no way we could’ve done that.”

“Our main priority was looking at the technologies on the market and new technology being released, and one of the main decisions we made was moving away from a vendor locked and storage solutions.

“We adopted things like software defined networking (SDN), software defined storage (SDS) – and what those technologies allow us to incorporate into those solutions is mind blowing and it is already improving as time goes on. You’re no longer tied to a specific box, in addition to using SDS we also use vertical storage, where the cloud becomes another tier of storage under the same name and file space,” Smith said.

Fealy explained: “It was critical to ensure that the client’s experience was the same and that it felt like there was no different to working the old fashioned way with everyone in the room.”

Ultimately the migration to the cloud has resulted in what both Fealy and Smith agreed to be a stronger future for post-production.

”Competition between all the cloud providers is good and means its better for the end users and their clients.

”The exciting thing about the cloud is that it is always changing, and we are very happy, we have very little reason to change,” Smith said.