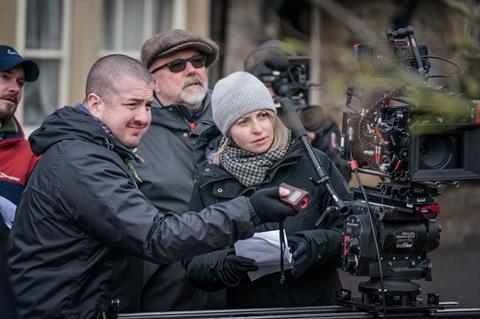 The growing impact of Covid-19 among film and production crews intensifies as productions are delayed and freelancers fight for limited jobs, according to DoP Vanessa Whyte.

The Covid-19 pandemic is continuing to have a significant impact on the global economy as well as those behind the creation and production of film and television programmes.

In an exclusive interview for IBC365, cinematographer Vanessa Whyte says the impact as a freelancer is “not great” and admits the situation “seems to be getting worse and worse”.

The Tokyo Olympics and Eurovision have been postponed and cancelled respectively, but the rising pandemic is not just impacting large scale events, with production studios following government and health organisations advice to shut down.

Whyte was one of the 2018 Bafta Breakthrough Brits whose credits include award-winning drama Murdered for Being Different and ITV’s six-part series A Confession as well as a slate of TV dramas, short films and commercials. 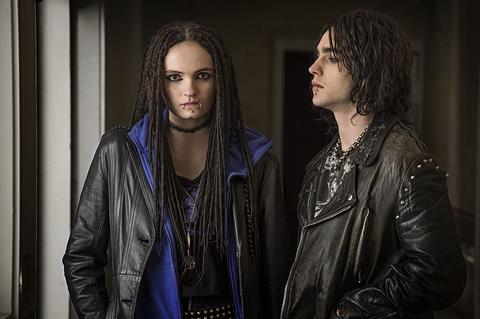 Murdered for Being Different: Whyte worked on Bafta-winning TV movie

She explains: “I am worried it will have a massive impact on the economy for everybody and if only a few projects go ahead, cinematographers will be fighting over the same jobs.

“It is already so competitive; a job you might have thought you would have had a chance at landing will become impossible due to your peers suddenly being available.”

The rules and regulations are changing day-by-day. At the time of being interviewed the UK had not yet enforced its lockdown and Whyte explains “all of this is speculation and I can’t say for certain how this is going to work.”

Whyte admits she was initially relaxed about it, however, adds: “I know a lot of productions that are meant to get underway in the next month or so but producers are being wary and don’t want to start especially if they are abroad because of coronavirus.”

According to a survey conducted by broadcasting union group Bectu, it found that film and TV freelancer would be set to lose £33,000 unless the government extends the 80% wage to help support the loss of work.

In a statement published last Monday, Bectu said: “The situation for freelancers could not be more urgent and the government needs to act now.”

It called on its members to write and petition their local MPs with requests for financial assistance, in less than 24 hours more than 7,000 freelancers working in the creative industries backed its campaign and contacted 592 of the 650 MPs in the House of Commons.

In response to the rallying cry, the UK government confirmed its Self-employment Income Support Scheme (SEISS) which aims to support individuals who are self-employed and whose income has been negatively impacted by Covid-19.

The scheme will provide a grant to self-employed individuals or partnerships, worth 80% of their profits up to a cap of £2,500 per month.

Welcoming the relief fund, Bectu head Philippa Childs said: “This is welcome news and it is brilliant that the industry is coming together to create a much-needed hardship fund during these troubled times.

“However, this is not enough. The government must step in and provide assistance to the many freelancers who are desperately worried about whether they will be able to pay the bills, feed their children and have the same stability that has been given to other sections of the economy.”

The BFI and The Film and TV Charity also announced a partnership last week to create a new fund, established with a £1 million donation from Netflix.

Yesterday, Bectu released a statement urging production companies to furlough people who were on their payroll on 28 February and calling on the government to update its guidelines on the coronavirus job retention scheme to capture those who weren’t employed at that time.

A Bectu survey filled in by 1,900 PAYE freelancers over the weekend found that 47% were not employed on 1 March and do not expect to be eligible for support through the coronavirus job retention scheme.

It also found 23% believed that their most recent employer could furlough them but wouldn’t and only 2% had been furloughed.

Screen Scotland has also announced a new funding and support scheme. According to Pact the £1.5 million Screen Bridging Bursary programme will provide one-off bursaries of £500 to £2,500 to freelance PAYE and self-employed screen sector workers who are experiencing immediate financial difficulty due to loss of income as a result of Covid-19.

Read the full interview with DoP Vanessa Whyte  – looking at her career and inspiration, the motive behind launching the illuminatrix – a project aimed at promoting female cinematographers - and the endless opportunities to embrace technology.