Coronavirus to hit Canadian TV and film industry for $2.5bn 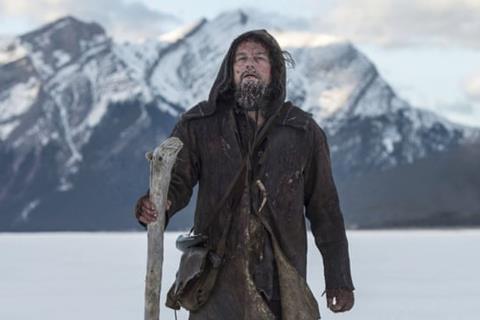 The Revenant: The Oscar winning movie was shot in Alberta, Canada

The coronavirus pandemic could cause a $2.5 billion hit to the Canadian media and entertainment sector, according to a report from the Canadian Media Producers Association.

A lockdown lasting from mid-March until the end of June will put as much as $2.5 billion in production volume – made up of both domestic and foreign location production – at risk, impacting up to 172,000 jobs in the sector, the CMPA claimed.

Canada is a popular location for Hollywood productions, with Ontario the third largest film and television producer on the North America continent, after California and New York. Toronto, in Ontario, and Vancouver are both thriving areas for Canadian film and TV.

Of the $2.5 billion set out in the CMPA’s report, which was carried out alongside Nordicity, $1.4 billion relates to spending on labour. The report looked at figures from previous years and compared it to 2020’s production slate to reach these conclusions.

CMPA president and chief executive Reynolds Mastin called acknowledged that the Canadian federal government had already taken an interest in the sector, and thanked minister of canadian heritage, Steven Guilbeault, for the recently-announced Covid-19 Emergency Support Fund for Cultural, Heritage and Sport Organisations.

Guilbeault last week set out plans to create a $500 million fund to support the arts, sports and culture sector during the Covid-19 pandemic – although he has yet to outline how the funds will be distributed.

The timing of the pandemic shutdown has hit the industry particularly hard given that spring and early summer is one of the busiest times of the year for the sector, a time when production ramps up and the hiring of cast and crew reaches one of its peak periods.

Mastin added: “Much like the retail, hospitality and tourism sectors, Covid-19 has brought media production in Canada to a screeching halt. These numbers should serve as a wakeup call for what’s at stake, and motivate us all to work together to ensure the industry can get back on its feet as quickly as possible once this crisis ends.”

The CMPA report highlights some of the challenges faced by the industry during the coronavirus lockdown. Despite evidence of an increase in demand for more content, social distancing measures has halted productions worldwide, potentially costing the sector billions.

Governments worldwide have responded to a varying degree. In Australia, the government announced a $54 million relief fund for local broadcasters.

In the UK, the government has announced support for freelancers who make up much of the industry’s workforce. But with the lockdown set to continue for many places until at least May, the longer-term impact is still unclear.