Dangerous times: Reporting from the frontline & the fake news phenomenon

Is this the most dangerous time to be a journalist? Industry figures spoke to IBC365 on reporting in a conflict zone, facing threats and the fake news phenomenon. 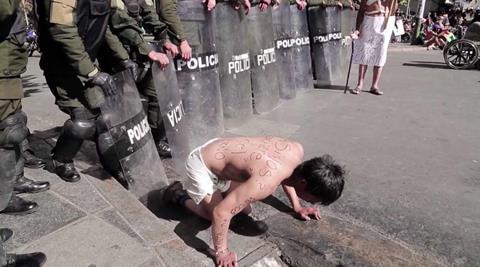 ’The Fight’ by Violeta Ayala filmed in Bolivia

Major threats to the media and freedom of expression particularly in conflict zones has become a prominent issue in society.

She said it is now more dangerous than ever to be a journalist.

CNN International Executive Vice President and Managing Director Tony Maddox told IBC365: “In terms of physical safety, it is true to say that reporting from conflict zones has never been more dangerous.

“The rules of engagement are less clearly defined, it is harder to know who is fighting with whom, and certain groups realise the potential propaganda value of either capturing or even killing a journalist.”

Maddox explained that since the Balkans crisis in the 1990’s journalists have increasingly become targets in conflicts.

“As well as obvious physical threats, journalists are also easier to target via social media. The nature of modern media means that journalists’ public profiles are more public, and therefore more accessible, than ever before,” Maddox said.

Violeta Ayala Freelance Director and Video Producer recently worked on assignment in Bolivia where she followed a group of disable activists who were rallying for equal rights, the report was a finalist in the Rory Peck Awards for the current affair impact on the viewer. Capturing violent scenes and demonstrations as the group protested Ayala and her colleagues were faced with tear gas, water cannons and police barricades.

Ayala told IBC365, the climate is very dangerous, especially for a female journalist, the threat of being killed is just as worrying as physical and sexual assault.

She said: “I deserve the same respect as any male journalist, it has to change and we need to talk about it. Hollywood has started talking about it but the media industry needs to as well”.

Syrian freelance journalist and camerawoman Waad Al Kateab winner of the ’Rory Peck Award for News’ captured the daily horrors from rebel-held war torn east Aleppo for her reports aired on Channel 4 News. Kateab captured the civilians being treated in Al-Quds hospital after a building had collapsed, injuring and killing many. 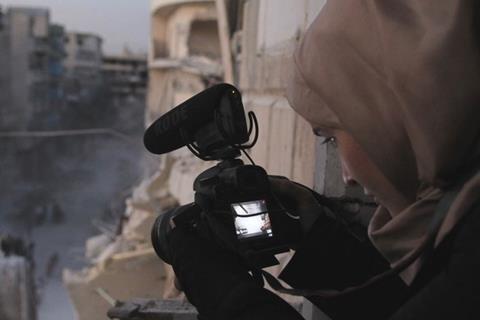 Kateab spoke to IBC365 on seeing first-hand what was happening in Syria to the country and its civilians, as well as the media workers.

She said: “Being a journalist, a woman and a mother, it is a very dangerous time especially during the last few days of the siege. I was surrounded by bombing and shelling but I just had to focus on what was happening.”

Video journalist and Rory Peck Awards finalist Patrick Wells knows this conflict all too well. He told IBC365: “Up until 2013 I was working as a freelancer in Syria, but when Isis came, they kidnapped and eventually murdered several of my colleagues, who I corresponded with whilst we covered the conflict.

“Isis started kidnapping and killing us because they wanted to stop us covering the war, and it worked. I haven’t been able to go back since 2013, it was an act of terrorism against the media, my colleagues and me.”

According to the Committee to Protect Journalists (CPJ) in 2017 to date, there have been 32 journalists who have died on assignment.

CPJ defend press freedom globally and reported that throughout 2016 there were 77 journalists who were killed. Since 1992 there have been 1,260 journalists killed with a confirmed motive, equating to more than one journalist every week.

Rory Peck Trust Director, Tina Carr told IBC365 the danger and threat to media professionals is getting closer to home. The impact on freedom of speech threatens our democratic society and those professionals targeted in doing their job.

She said: “We used to have clear war zones – Afghanistan, Syria and Iraq – now journalists in the USA are being attacked whilst covering demonstrations. 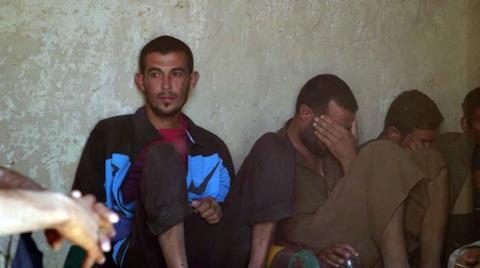 Patrick Wells footage on his coverage from Iraq

“Reporting is now more dangerous for all journalists, it has declined steadily for the last 12 years and threats are now coming from all directions, it is incredibly unpredictable.”

Wells explained the internet age is the central factor impacting journalists working for western news organisations, the rise of mobile technology in developing countries and the advent of YouTube has resulted in less credible news, fake news reporting and change in social responsibility.

He said: “It means as real journalists we now only present a liability to the protagonists in conflicts, they don’t need us for publicity as much anymore.

“These groups don’t care about The Times or Channel 4, they have their own TV channels and online portals. This is why things are more dangerous for us.”

Wells asked, in a world were news is filtered by social media channels, do they view themselves as a publisher or not? “It needs to be monitored,” he said, otherwise credible news dissemination quickly seems unreliable.

Maddox added: “I think social platforms need to take more responsibility for policing the abuse that can be meted out there, and thankfully I think that is beginning to happen.”

Fake news is meddling with credible journalism in creating an online bubble where alternative realities are possible.

Wells said: “Today we are faced with the situation where the technology is moving much faster than legislation and best practice can be ignored.

”It has also been reported that fake news content generates more user interaction for social media sites than real journalism, meaning eradicating it might be against their interests, which is a very troubling thought.”

“These guys don’t’ need us they can publish wild fake news in societies where mobile tech is new and people are even less used to sifting through fake news than we are in developed countries.”

Wells continued, explaining his experience reporting from Burma, a country which had been a military state for years has suddenly got access to mobile technology, society is reading fake news, “they’re not ready for that, fake news can become a huge problem very quickly.”

Speaking to IBC365 during the IBC2017 conference, Deborah Rayner commented on the effect of the fake news phenomenon. Calling it a “catch all phrase”, but a movement that can seriously mislead audiences and spread untruths.

The impact of fake news directly manipulates the democratic process and endangers journalists and media crews reporting on the ground.

Carr said the idea of fake news generating debate is not a bad concept but the risks and implications are too dire to not be taken seriously. Freedom of expression and safety of journalists and media crew must be a priority.

She said: “People are risking their lives to report from these conflict zones and should not be confused with people generating fake news. The front lines are changing, digital security is absolutely a massive issue.”

Maddox explained in terms of counteracting fake news: “It means rigidly sticking to the basic principles of journalism; but it also means being willing to take people on directly, when appropriate, in the social media space. We’ve been quick to correct accusations of ‘fake news’ in that way, and that has been effective in getting our point across.”