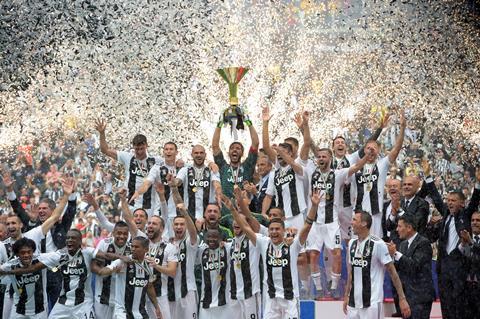 Sports streaming service DAZN has struck an agreement that will see it distribute Eurosport 1 HD and Eurosport 2 HD in four new territories as well as an exclusive sublicence for live coverage of Bundesliga.

The new partnership will enable DAZN subscribers in Germany, Austria, Italy and Spain to access Eurosport’s premium sports networks from 1 August, which include the Tennis’s Grand Slam tournaments, Grand Tour cycling, motorsport and the Olympic Games.

As part of the agreement, DAZN will exclusively broadcast 45 Bundesliga matches from Discovery in Germany per season to German and Austrian subscribers under a new exclusive two-year sublicensing deal.

DAZN’s coverage of all matches will also be available to Eurosport Player customers on Amazon Prime in Germany and Austria and also via Eurosport 2HD Xtra on HD+ and Swisscomm in Switzerland.

DAZN chief business development officer John Gleasure said: “This deal underlines our commitment to providing the biggest and best sports action to fans in an accessible and affordable way, while rewarding rights holders for integrating their content on our market leading platform. We look forward to developing our partnership with Discovery.”

This includes matches on Friday nights, Sunday, Monday and relegation play-off matches from the 2019/20 and 2020/21 seasons.

DAZN’s coverage begins with the DFL-Supercup on 3 August, that will see the 2018–19 Bundesliga and DFB-Pokal champions, FC Bayern Munich, take on League runners-up, Borussia Dortmund.

Discovery head of commercial development for EMEA James Gibbons said: “We are delighted to enter this partnership that expands the distribution of Eurosport’s channels in four European markets.

“We always look for new partners that help get our brands and content to more fans. In parallel we will continue to develop and market our all access multi-sport OTT service – Eurosport Player – for fans who want a deeper experience.”

Earlier this year, during Mobile World Congress, DAZN launched a sports service in Spain with “innovation and partnerships” described as key to its success, explained the firms senior vice president Peter Parmenter.

The OTT service is available to Spanish subscribers for €4.99 per month, with Spain the eighth region served by DAZN, after Japan, Germany, Austria, Switzerland, Canada, Italy, the US and Brazil.

He said: “While we compete with Sky [in the UK], we also partner with Sky; there is a role for broadcasters, but we are just doing things differently.”