DAZN: The Netflix of sports?

A slew of ambitious sports broadcasting deals that are disrupting old business models have been made this year. 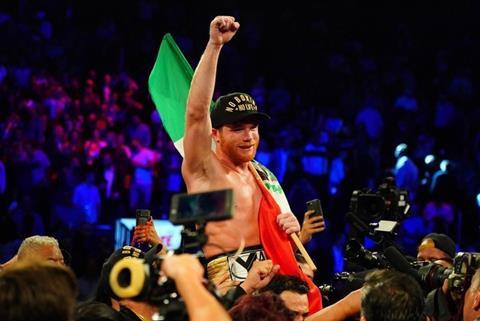 Leading the disrupters is DAZN, which is being billed as the Netflix of sports. Its most recent rights announcement has been described as “unprecedented”: the five-year, multi-million dollar broadcast agreement with American boxing promoter Golden Boy to screen up to 10 live and on-demand fights per year including bouts featuring middleweight superstar Saul “Canelo” Alvarez. Costing $365m, DAZN will show the fights in all its territories - Austria, Germany, Japan, Switzerland, Canada and the USA.

DAZN only launched in August 2016, created by the Perform Group, the UK-based sports media company that itself is owned by Len Blavatnik’s US-based multi-national industrial group, Access Industries. DAZN is one of a raft of new subscription video streaming companies and they already employ almost 1,000 people with headquarters in London.

DAZN has deliberately pitched its subs price at an affordable level - €9.99 per month in Europe; $9.99 in the US; $20 in Canada; and 1,750 yen in Japan and, while combat sports have been a key early driver, their rights properties also include top football such as Champions League, Italy’s Serie A and Spain’s La Liga plus NFL American football, Formula 1, Heineken Champions Cup rugby union and MLB baseball, although not every deal covers every territory. 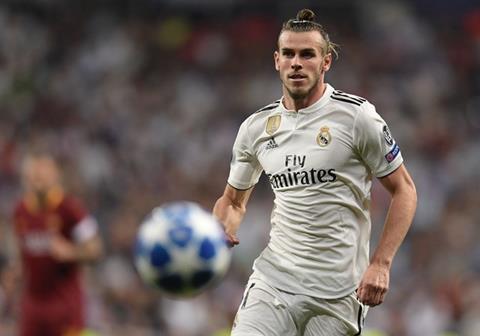 Stephen Nuttall, Commercial and Strategy Advisor on Sports and a former senior executive at YouTube and BSkyB, says: “Of all the independent OTT providers, DAZN seems to have the boldest ambitions, pursuing premium rights in the markets that they enter and, having initially focused on territories where competition was weak. This high risk can generate high returns.”

However, not all industry experts are convinced about the company’s content strategy or the costs of each deal. Richard Broughton, Research Director at Ampere Analysis, says it’s too early to judge if DAZN’s strategy is going to succeed in the long term. “DAZN is in a handful of markets at the moment, so while it has undoubtedly made some fairly sensible investments in a few of its markets – we believe its Italian football rights acquisitions make sense from a commercial perspective, for instance – ultimately its business success will depend very heavily on two things: firstly, which markets and rights it expands into next and, secondly, the appetite for negative cash-flow in the mid-term.”

Enders Analysis researcher Thomas Thomson says OTT services from legacy sports broadcasters like ESPN+ are more attractive - even in the combat sports area - and they are up to half the price.

“The Canelo deal is truly unprecedented, a strong play and very bold and DAZN now has a marquee fighter with a very loyal fan base.” Thomas Thomson, Enders Analysis

“The Canelo deal is truly unprecedented, a strong play and very bold,” says Thomson, “and DAZN now has a marquee fighter with a very loyal fan base, but they will have to keep making these land grabs. I think there needs to be a healthy dose of scepticism about how long they can continue to do that without breaking even.” Thomson points to annual costs for properties like Serie A in Italy ($193m); J League football in Japan ($200m) and Matchroom boxing in the US costing $1 billion over eight years.

DAZN’s counter argument is that it is making great strides in building a multi-country subscriber base without paying extortionate prices and boxing is a good example. Simon Denyer, Chairman of Perform Group (the company that created DAZN), points out that boxing is a classic sport where an OTT service can thrive even against the established sports broadcasters like the Disney-owned ESPN.

“There’s plenty to aim for. It’s a very fragmented market,” Denyer told the Financial Times this autumn. He claims that the boxing pay-per-view market in the US is not working anymore because fights can cost up to $100 on that service compared to being part of DAZN’s monthly subscription of $9.99. “(PPV has) been declining. The economics have killed it for the boxing fan,” he says.

In fact, DAZN’s confidence in its boxing tactic allowed it to use its first Matchroom contest in September - featuring Britain’s heavyweight world champion Anthony Joshua - to help its launch into the US market. 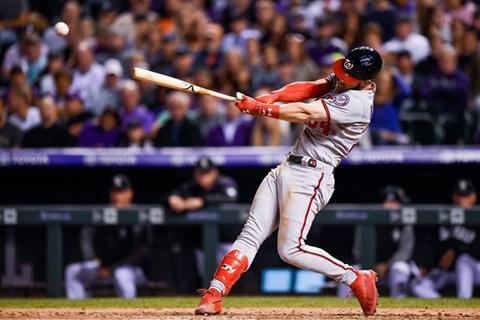 Richard Broughton says DAZN’s move into boxing is more radical than what the market has seen from the sports streaming market to date. “This is perhaps more akin to what we saw WWE do in moving from a pay-per-view model to a subscription service.”

However, it is on football deals that almost all major sports services are judged and DAZN can point to some decent subscription numbers starting to emerge from their Serie A programming in Italy.

DAZN bought a package of three live games per week starting this September after the bosses at Serie A insisted on an OTT provider taking one of their packages and healthy viewing figures are emerging after DAZN gave Nielsen access to its data for one early season night game. The figures show an estimated average audience for a game between Parma and Juventus (with Cristiano Ronaldo newly in their line-up) at 723,000 viewers with an estimated reach for the same game at 1,083,000.

Ampere Analysis estimates that DAZN will need two million subscribers in Italy at €9.99 per month in order to break even. That’s a “feasible number” to achieve, according to Ampere, because DAZN can target unhappy Mediaset subscribers (the previous Serie A rights owner) and the OTT newcomers have also done a carriage deal with Sky Italia which offers Italian fans its whole sports package which also includes American sports and rugby union.

The worry from some analysts is that the sums DAZN has to spend on rights, even in a fragmented market, means it faces a number of years of negative cash flow as it builds its subscriber base, says Thomas Thomson.

A recent report by Ampere Analysis shows that DAZN is paying a high price for some of its properties, whereas some of its rivals have made an impact with high profile captures for relatively little money, particularly for domestic rights. Amazon has bought English Premier League rights for £30m a year and ATP tennis for £9m (both for the UK market) and $9m for US Open tennis to be broadcast in America.

However, DAZN’s counter argument is that it is not competing in the biggest rights markets for what it considers overpriced sports where it takes on legacy broadcasters such as Sky and BT Sports in the UK for exclusive top-tier EPL broadcasts. Instead, their tactic is to pick off under-monetised rights while building scale. Examples of DAZN’s current strength is the streaming of NFL American football in Germany, cricket to Canadians or baseball to the Japanese.

DAZN can also argue that any financial concerns by analysts are premature given its strong start in Italy, its still-to-be-activated Bundesliga deal in Germany and the huge financial commitment from Access Industries. Plus, DAZN recently gained a $300 million investment from the Japanese advertising company Dentsu in exchange for a 10% share.

But one of the keys for all the new players in the sports broadcasting area, as in the past, will be providing subscribers with quality programming at an affordable price, especially to previously disappointed fans such as cord cutters. One of DAZN’s main hooks is the offer of a one-month free trial of its service without any long-term contract or bundling on connected devices including Smart TVs, smartphones, tablets and games consoles.

Future territories with strong internet infrastructure and high mobile phone usage are their targets because those more sophisticated markets can overcome classic OTT service problems such as when DAZN had to apologise to Canadian subscribers last year for poor quality streaming and excessive buffering of it programming shortly after launch.

DAZN’s expansion plan is to be broadcasting in a total of 20 countries by 2022 and, with over 8,000 sports events on offer already from top line football and rugby to Formula 1 and even darts, that level of growth over the next few years would appear highly probable.

But Stephen Nuttall says there could well be mergers and acquisitions in DAZN’s future. “Their model is distinguished by deep, long-term relationships with rights holders and their business is an equity play rather than a consumer operation, so watch out for consolidation if they get the timing of an exit right.”