Discovery to launch Dplay in MENA with Starzplay 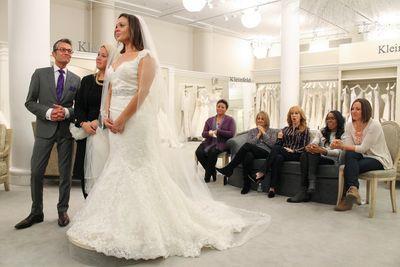 Dplay: Shows to become available in the MENA region via Starzplay

Discovery’s OTT streaming service Dplay will now be available to customers throughout the MENA region as the company has announced a new partnership with Starzplay, the Dubai-based SVOD service.

Discovery and Starzplay “strategic alignment” will see the launch of Dplay in the Middle East and North Africa region with subscribers set to gain access to a new, branded area on the existing Starzplay platform.

The service will be available in Q2 of this year through existing Starzplay apps as well as Apple TV and will feature thousands of hours of content, segregated into playlists dedicated to curated interest verticals.

Discovery confirmed subscribers should expect additional content to be added each month across crime, lifestyle, food, wildlife and Discovery’s portfolio of channels including global franchises such as MythBusters, House Hunters International and Say Yes to the Dress.

Discovery Middle East and Africa general manager Amanda Turnbull said: “This is the first time Discovery is taking its fantastic content beyond the pay-TV universe in the region and opening it up to a whole new customer base.

“We’re always looking for new ways to deliver our content to fans, getting it in their hands exactly how they want it – and this partnership with Starzplay is a prime example of how we’re continuing to evolve our offering to build on Discovery’s existing success.

“As we commence our pivot toward digital, this milestone sets the benchmark for Discovery’s continued growth in the digital space.” 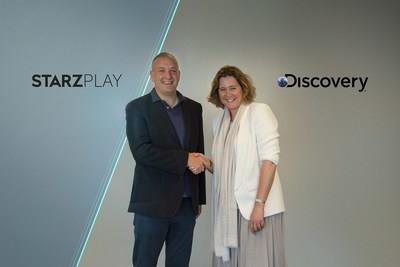 Discovery: Looking to grow its digital space with Starzplay partnership

Following a free trial period of up to one-month (varying across the region), monthly subscription to the content costs AED/SAR15 per month (around $4), in addition to existing subscription packages. Current and future Starzplay subscribers will have the choice to subscribe to Dplay as an add-on package.

Starzplay chief commercial officer Danny Bates added: “As the leading video streaming service in MENA, we have established ourselves as the platform with the most comprehensive distribution reach and payment network.

“With this partnership we are starting a new chapter in company’s growth to become the one stop shop for premium content. Discovery has best-in-class factual content which our subscribers would love to consume.”

Last month IBC365 spoke with senior vice president and general manager at Discovery’s Dplay, Windarit Kolasastraseni, who explained that content is king but customer experience is also a top priority.

Kolasastraseni said that as the traditional linear television business declines and audiences consume an increasing amount of content via catch-up and on-demand services, Discovery created online video-on-demand service Dplay as a companion to its free-to-air television channels.

While Discovery’s head of international JB Perrette who joined the company in 2011 was in the midst of changing the paradigm to expand the Discovery portfolio, he approached Kolasastraseni to relocate to London where he would head up a small OTT service called Dplay.