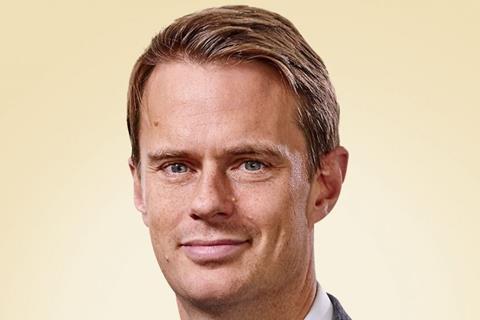 Luke Bradley-Jones: To head up Disney+ for Europe and Africa

Disney has named former Sky CMO Luke Bradley-Jones as the new head of its upcoming streaming service for Europe and Africa.

Bradley-Jones will become SVP, direct-to-consumer and GM of Disney+ in Europe and Africa when he joins the company, reporting out of London.

The role will see him report into Disney’s president of television and D2C for Europe and Africa Jan Koeppen, and also president of Disney streaming services Michael Paull.

He joins from Comcast-owned Sky, where he oversaw a revamp of the company’s on-demand services, as well as leading launches for Sky’s digital download service, Sky Store, and the Sky Q set-top box.

Other past roles have included a stint at BBC Worldwide, where he was head of strategy at the commercial arm of the UK public service broadcaster. Later, he became MD of BBC.com and BBC’s OTT service iPlayer.

The appointment of Bradley-Jones comes after Disney brought in former Netflix executive Matt Brodie to head up international content development, according to Deadline. Brodie will report into Disney+ president of content and marketing Ricky Strauss.

Disney will launch its streaming service in the US on 12 November, offering the service, which will be made-up of content from the Mouse House’s vast back catalogue as well as new content, for $6.99 a month.

There are high expectations for the service, with Digital TV Research estimating it will add 19.2 million subscribers in Western Europe by 2024.