Linear channels use Edinburgh TV Festival to spell out ways they are tackling competition from streaming platforms. 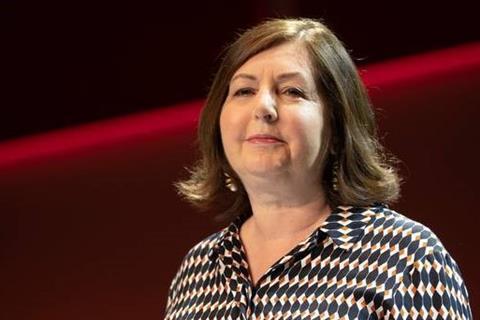 The strategies of British broadcasters to fight growing competition from streaming platforms emerged as one of the key talking points of this year’s Edinburgh TV Festival.

So too did behind the scenes issues, such as ways to boost off- and on-screen diversity, as well as improving duty of care for participants in television shows.

If that wasn’t enough, Channel 4 head of news and current affairs Dorothy Byrne delivered a blistering MacTaggart lecture in which she called out “sexist bastards” in TV and cowardly politicians for refusing to subject themselves to TV interviews, and spoke of the need for broadcasters to make “clever and difficult” programmes to attract elusive younger viewers.

Hanging over the Edinburgh TV Festival was the sense that viewing habits are changing fast in the UK, with younger viewers in particular eschewing linear TV in favour of SVOD platforms, YouTube and rival forms of entertainment such as social media and gaming. The Festival took place just weeks after a report from UK regulator Ofcom revealed that YouTube and Netflix are now the UK’s third and fourth most viewed channels, behind only BBC One and ITV

In session after session, the controllers at key broadcasters were asked what they were doing to fight back against the likes of Netflix and Amazon.

A consensus quickly emerged. Firstly, that UK broadcasters are doubling down on their own catch up services, such as BBC iPlayer, ITV Hub and All4, to offer more flexible viewing to audiences who increasingly want to watch at a time of their own convenience. And secondly, that they are commissioning more diverse British content from right across the country in a bid to stand out against the international offers of the streamers.

“It’s been fascinating hearing how the linear channel chiefs are evolving their strategy to compete with the streamers” Stephen McQuillan, Icon Films

Speaking at Edinburgh, BBC director of content Charlotte Moore flagged up the importance of Ofcom’s recent decision to allow the BBC to air shows on BBC iPlayer for 12 months after first broadcast, saying the previous 30 day window “wasn’t fit for purpose.”

“With this in mind we’re increasingly looking to commission programmes that will work across both the linear channels and BBC iPlayer.”

Reflecting on the renewed focus at Edinburgh on broadcaster catch up services, Stephen McQuillan, creative director at Icon Films told IBC365: “It’s been fascinating hearing how the linear channel chiefs are evolving their strategy to compete with the streamers. It’s been especially interesting to hear how they are using their catch up services in much more of a Netflix style “library” way and how they are putting so much effort into their role curating. Hearing overnights being described as equivalent to cinemas “opening weekend” and the shows on the traditional schedule being “marketing tools” for iPlayer etc is pretty mind blowing.”

ITV’s director of television Kevin Lygo also talked of the positioning of Britbox, its joint venture SVOD platform with the BBC that launches later this year: “It is not a rival to Netflix and Amazon, who spend billions and billions. This is a way to use the archive of the BBC and ITV…British people are mostly interested in British programming. Although Netflix and Amazon are wonderful things, they don’t do a lot of British programming at all. They say they will, but I haven’t seen anything yet that is great.”

Controversy creates content
The kind of content that British broadcasters should make was also a strong focus of attention. Dorothy Byrne made this one of the themes of her MacTaggart lecture. Broadcasters who are “desperate for young audiences”, she said, can arrest their fall in ratings by making “really clever and difficult programmes”. She noted that millions of 16-34s are now politically aware and active, listening to podcasts and TED Talks and reading books on serious subjects such as climate change and the viability of financial systems.

“We have to stop being afraid of serious analysis authored by big brainy people. We have the ability and we have the airtime.”

“If we are worried about becoming irrelevant, one of the best things we can do is to start making big controversial programmes about the UK which put us back at the heart of public debate as we used to be.”

She also said that UK broadcasters should think about what makes them stand out against international streaming rivals. “We are the only people who have any interest in saying big things about Britain. That’s not the role of Netflix or other streaming services, terrific as they are in many ways.” 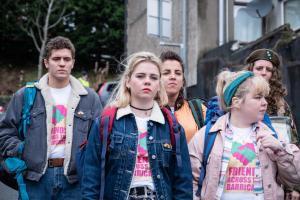 Byrne said she counted 29 different programmes about Netflix on drugs, and a plethora of programmes about serial killers. “I wonder if there’s a drug cartel anywhere that’s not currently being followed by a streaming service,” she joked.

On the same theme of competing against streamers, Channel 4’s director of programmes Ian Katz said the broadcaster had learned a good lesson from the failure last year of its big budget Hulu co-production “The First” to resonate with UK audiences.

Katz described the Sean Penn-starring drama about a mission to Mars as a “really classy piece of work with a big star and Hollywood production values.” But he said the drama was “unrelatable” to a British audience.

“It was possibly born of a moment where lots of British broadcasters were thinking that the way we can compete in this very challenging drama market is to co-produce with big American broadcasters and streamers. That was probably an example of a show where that desire to produce something really glossy got in way of thinking about what really connected with a British audience.”

In contrast, Katz said that Channel 4 is looking all over the UK “for stories that are profoundly locally resonant but that have a universality that grips us all”, citing its hit comedy “Derry Girls” from Northern Ireland and playing up C4’s decision to open a national HQ outside of London, in Leeds.

A little Brit more
The BBC’s Charlotte Moore also said the corporation was committed to telling British stories and commissioning for British audiences, and supporting new talent, as part of a way to stand out from streaming companies.

Indeed, broadcasters used the Edinburgh TV Festival as a platform to unveil a raft of programmes that are being produced outside London that could appeal to a more diverse range of viewers. Channel 4, for example, announced a new sitcom called Lady Parts about an all-female Muslim punk band, and a drama called Generation Z about baby boomers turning into zombies. BBC3 announced a Bolton-set horror thriller from Michael and Paul Clarkson, the twin brother writers behind Netflix series The Haunting of Hill House.

Channel 5’s director of television Ben Frow, meanwhile, hinted at a different way of competing with rival broadcasters and streamers who are keen to attract younger viewers.

“We are no longer obsessed with young people,” said Frow. “Trying to snare a young person these days is goddamn hard and I don’t have that money.”

“It was impossible not to think that reports of the death of linear tv have been greatly exaggerated” Danny Fenton, Zig Zag

In his controller session at Edinburgh, Frow said that Channel 5’s audience has become “more upmarket” and “much more intelligent”, citing the success of shows presented by established talent such as Jeremy Paxman, Tory grandee Michael Portillo and Esther Rantzen.

Over at Sky, managing director of content Zai Bennett said there would be a steady ramp up in spend and output over the next five years, after its programming budget was recently doubled by new owner Comcast. 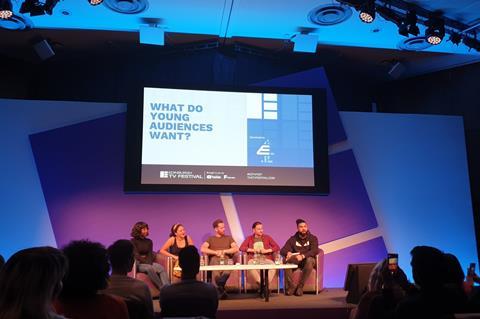 He said a common theme for all the shows on Sky channels is that production values now need to be “cinematic across the board” to stand out.

Indeed, broadcasters very much came out fighting at this year’s Edinburgh.

Danny Fenton, CEO of Zig Zag Productions, told IBC365: “Edinburgh showed us there is continuing interest in non-TV platforms and whether there’s going to be a swing of the dial. But overall, it still demonstrated that linear TV is dominant on the whole. Watching the BBC reel with mega drama hits and massive live events bringing in so many millions it was impossible not to think that reports of the death of linear tv have been greatly exaggerated!”