The UK is holding its first December election in over a century. IBC365 looks at how the UK’s major broadcasters are tackling election night coverage.

As the UK embarks on its third General Election in four years, broadcasters are preparing their teams to cover the incoming results on election night. 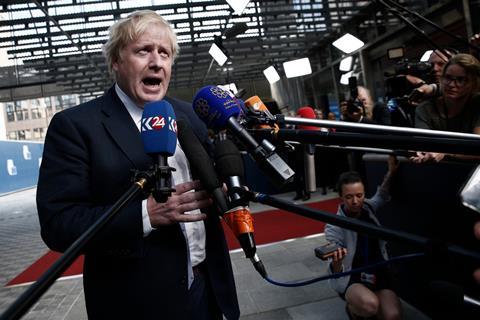 The UK went to the polls in 2015, 2017 and will do so again tonight. Add into this the election of 2010, plus the infamous EU referendum in 2016 and a referendum on overhauling the voting system in 2011, and you’d expect British broadcasters to be well-rehearsed for another election night.

The 2019 General Election is what’s referred to as a “snap election” – one called suddenly and outside of the usual five-year electoral cycle. Prime minister Boris Johnson asked Parliament to return to the polls in late October, sparking a six-week election campaign.

It comes after Johnson accused Labour leader Jeremy Corbyn of bringing “deadlock” to Parliament over Brexit. The six week campaign has seen the UK’s relationship with the EU, the NHS, and accusations of racism levied against both major political parties.

One issue the broadcasters have faced during this election is the short time to arrange for it. Although the UK Parliament was in deadlock, according to PM Johnson, who will lead the Conservative Party into the vote, it was unclear until a few weeks prior as to whether an election would be called in 2019.

In October, Labour leader Jeremy Corbyn backed the Tory’s call for an election, meaning the campaigns fell into gear.

Alan Whiston, controller service development & delivery, journalism, BBC, says that the broadcaster benefits from having “established teams and processes for major events” meaning it can spin up its election coverage quickly. “If it’s looking like there could be an election on the cards, we’re scenario planning in the background to ensure we have core technical, operational and editorial pieces in play early.”

From there, key to covering the campaign is agreeing on the overall size and shape of the coverage in order to set out logistics around facilities, people, suppliers, and technology requirements. 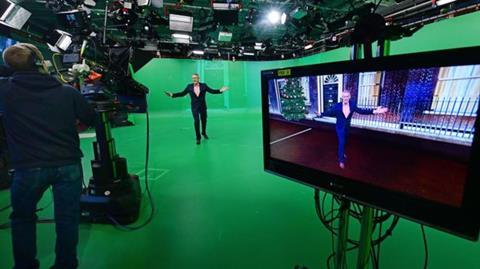 Another potential challenge is the weather. This is the UK’s first December election in over a century. For anyone not familiar with a UK winter, it can see snowfall, floods or ice, all of which pose logistical challenges, especially when reporters are situated across 650 constituencies that touch every corner of the UK and Northern Ireland.

“These can make the logistics of coverage more challenging and we’ve got plans in place for all weather conditions. Ensuring that we can get teams safely to and from outside broadcast locations that we’re covering as part of the election is a priority. As it’s darker earlier, our rigging and derigging days are also inevitably shorter!”

For the BBC, the shoot is taking place at its main studio facility in New Broadcasting House, where it will “engage the audience directly on the night of the election” says Whiston, plus welcome a number of commentators, presenters and political representatives.

He adds: “Our busy programme schedule through the night means we’re providing universal reach across multiple platforms. We’ll be using additional results data and local constituency information to give audiences their local view in new ways across these platforms. Technology is also enabling us to increase the coverage of constituency results so that we can accurately reflect the breadth of the results across the UK as quickly as possible.”

One notable development that should excite is the use of immersive technologies during the broadcast. The BBC will use VR and AR to “help tell the story of the evening, distilling complex information into something that is clear as well as visually striking” he explains.

Jeremy Vine will oversee the famed swingometer, which was designed to explain the unfolding election results in visual terms, will make a return. What started in 1955 as a cardboard contraption with a rotating dial has morphed into a virtual studio that uses greenscreen to show graphics of the shifting election landscape.

The technology that the Corporation is deploying will be similar to that used during the 2017 election, Whiston adds: “We’re building upon our coverage of the 2017 general election and 2019 European election with new camera equipment and VR/AR graphics provisions. This is to further enhance the visual storytelling for audiences and to help link various parts of the programme together as we move through the election night story. We’ll also be using some new camera capture technology from the field that will allow us to cover more local counts without increasing full crew deployments.”

BBC One will see BBC Election 2019 bringing in live results from constituencies across the country as they are counted. The programme will be headed by Huw Edwards, replacing the retired David Dimbleby, who hosted the broadcaster’s coverage in every general election from 1979 until 2016.

“The BBC Election 2019 programme with lead presenter, Huw Edwards, will air on BBC One, BBC News and BBC World News from 9:55pm. BBC One NI’s coverage will see Mark Carruthers live in the studio from Broadcasting House, with Tara Mills at the Titanic Exhibition Centre. Bethan Rhys Roberts leads election night coverage for BBC One Wales with Dewi Llwyd fronting S4C. General Election 2019: The Results on BBC One Scotland will be presented by Glenn Campbell. All live programmes will be available to stream on BBC iPlayer.”

According to Whiston, the BBC will also “reflect the latest developments across the nations” through its online services, including multimedia live pages, results, and expert analysis. “Alongside a main general election live page, we’ll also have up to 14 other live pages running the BBC News site. These will link to our TV and radio coverage and be used to share live results, social media posts and photos.”

The UK broadcasters face strict regulations during an election cycle, with regulator Ofcom enforcing rules around impartiality, coverage and proportionality, and accuracy.

These rules apply to all UK broadcasters (ITV, Channel 4, Channel 5 and Sky in particular) during from the time the election is called until the polls close, at 10pm on 12 December.

The BBC also has its own internal rules which are even stricter. The basic principle is that no one party or candidate should be favoured over others, while still taking into account the size and support of the party.

On election day itself, the rules are even stricter. According to Ofcom, “discussion and analysis of election issues must finish when the polling stations open, and not resume until they close. And while people are voting, broadcasters must not publish the results of any opinion polls.”

Once 10pm hits, the restrictions lift, and coverage can begin full pelt.

Beyond the BBC, Channel 4 is offering a live eight-hour show produced by ITN Productions and Expectation.

The Alternative Election Night will be hosted by journalist Krishnan Guru-Murthy and comedian Katherine Ryan, alongside Rylan Clark-Neal, who will be “sense-checking” results with a live studio audience.

The presenters will be joined by a number of UK politicians and comedians, offering an alternative format to the BBC. Channel 4 News Political Editor Gary Gibbon will have all the breaking news and detailed analysis. And a team of correspondents will be stationed at the most important count across the country.

Louisa Compton, Commissioning Editor, News and Current Affairs said: “The Alternative Election will be distinctive, fresh and very entertaining. The combination of ITN Productions and Expectation means our coverage will offer up the perfect mix of two political heavyweights who’ve just walked out of front-line politics as well some great comedians and entertainers.

“Voters will be at the heart of the programme with audience reaction to all the key moments. I can’t think of a more exciting – and eclectic – cast list than Krish Guru-Murthy, Katherine Ryan, Rylan, Clare Balding, Amber Rudd and Tom Watson.”

ITV’s election night coverage will be anchored by Tom Bradby. Psephologists Jane Green and Colin Rallings will be analysing exit polls and results of the election live, with correspondents located at every count across the UK’s 650 constituencies.

For Sky, it is a chance to test a new approach. In a recent blog published by the broadcaster, it announced a partnership with Buzzfeed UK that aims to “pioneer a new type of election night show” with a focus on younger and more diverse audiences. 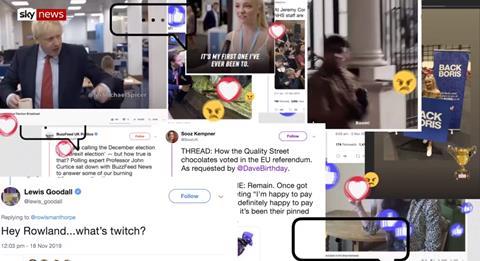 Election Social will be broadcast live during election night across Twitter, Facebook, YouTube and Twitch, continuing the broadcaster’s experiment with the Amazon-owned streaming platform. It is being broadcast from Sky’s purpose-built studios at Sky HQ, alongside the main election night programme.

“We’re conscious that this election has generated more interest from younger and non-traditional political audiences than ever before, who are engaging with it in the place they do everything else: online,” wrote Rowland Manthorpe, technology correspondent, and Lewis Goodall, political correspondent, on the Sky blog.

“Although the internet comes alive at elections, digital culture rarely gets a mention in the final summing-up. We wanted to change that and put together a programme for those people who have become captivated by our national political story for the first time - as well as election geeks who want the most in-depth analysis on offer.”

On top of this, Sky News will host a more traditional broadcast, with coverage led by Dermot Murnaghan. The Comcast-owned broadcaster will also have a reporter at every count for the first time ever.

Deputy political editor Sam Coates will give a seat-by-seat view as the results come in, while economics editor Ed Conway will use the very latest graphics to show viewers the story in the clearest and most concise way. New tech Sky is demonstrating include augmented reality graphics, wire cams and a state-of-the art videowall.